Accessibility links
'Madness' And Leadership, Hand In Hand Citing cases from Gandhi and Martin Luther King Jr. to Abraham Lincoln and John F. Kennedy, psychiatrist Nassir Ghaemi argues in a new book that the struggles that accompany some mental illness — particularly mania and depression — make for better leaders in times of crisis. 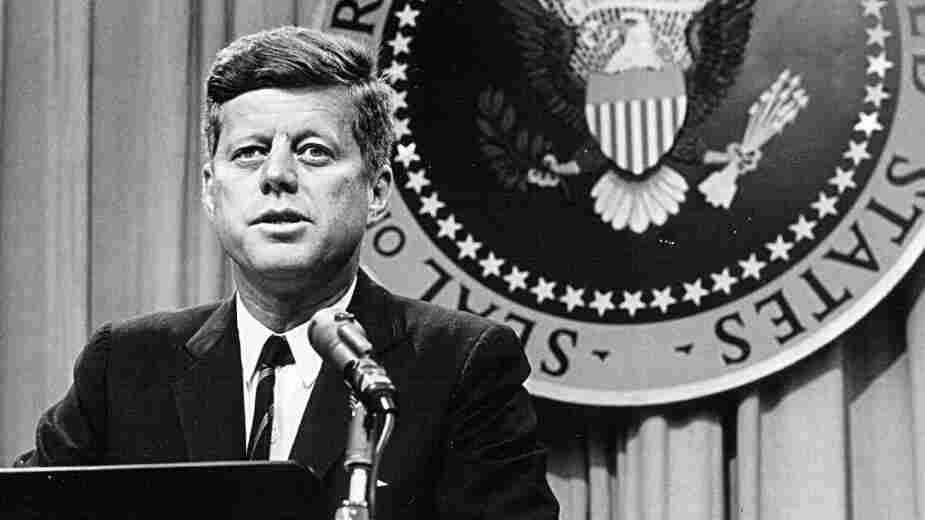 President John F. Kennedy is one of many figures Nassir Ghaemi cites in his argument for a link between leadership and madness. National Archives/Getty Images hide caption 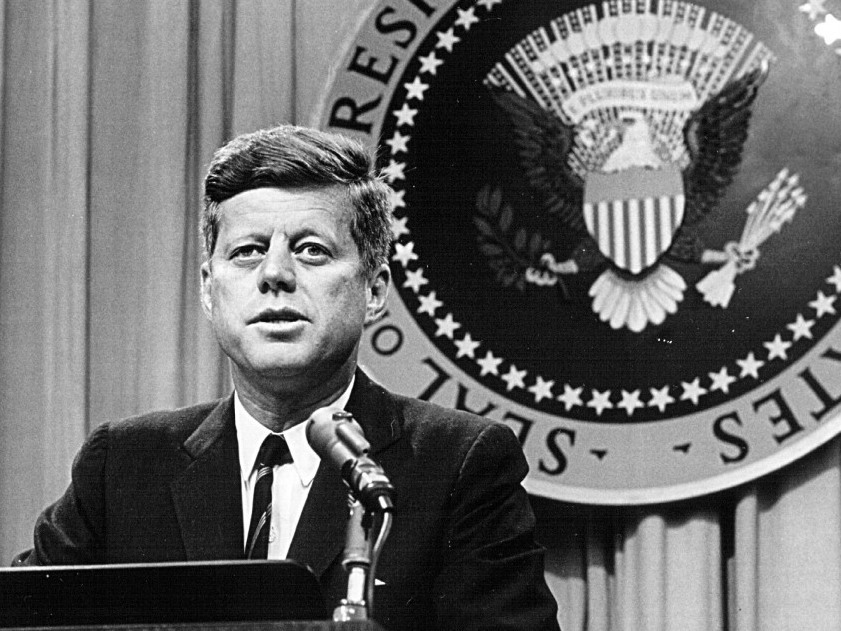 President John F. Kennedy is one of many figures Nassir Ghaemi cites in his argument for a link between leadership and madness. 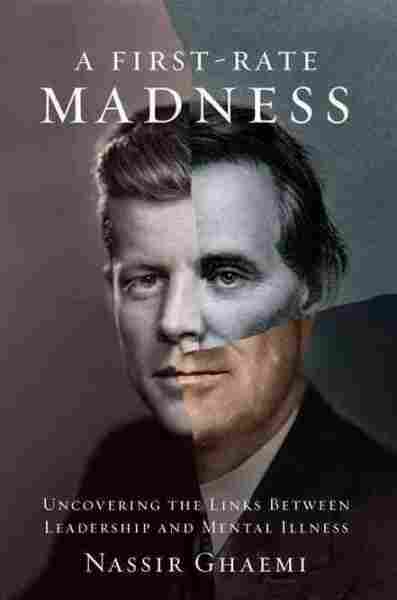 Uncovering the Links Between Leadership and Mental Illness

If you think about the challenges facing the men and women running for president, you might think about travel, long hours, endless public scrutiny and complete erosion of privacy. The reward that waits after victory is more pressure: a huge weight of responsibility. It's hard not to wonder who would actually want that job.

Dr. Nassir Ghaemi, who runs the Mood Disorders Program at Tufts Medical Center in Boston, has an answer. In his new book, A First Rate Madness: Uncovering the Links Between Leadership and Mental Illness, Ghaemi lays out the argument that leaders with some mental illnesses, particularly mania or depression, are often better in times of crisis.

Ghaemi came to that conclusion after studying the lives and medical records of many great leaders, and found that quite a few — from Abraham Lincoln to Martin Luther King Jr. — had some form of mental illness.

Ghaemi says a lot of research shows that there are some benefits to mania and depression.

"Creativity and resilience is higher in people with mania and realism and empathy is higher in people with depression compared to normal subjects," he says. "The problem often with mentally healthy, average leaders is — even though they're not weak in the sense of not having any of these qualities — they often don't have enough to meet the very high demands of crises." 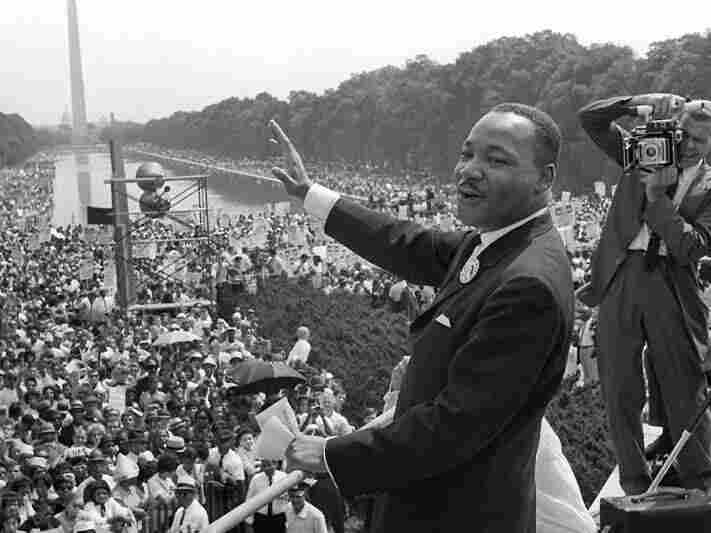 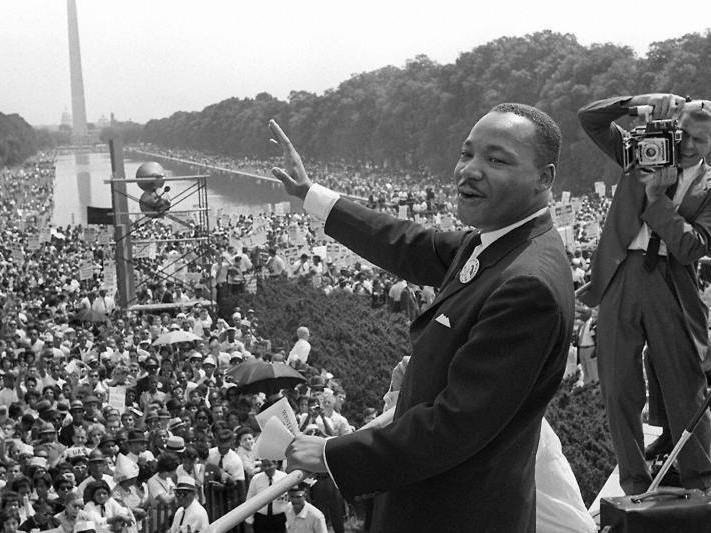 Ghaemi explains that one of the reasons mentally healthy people might actually have a disadvantage when trying to navigate a crisis is that most of the time, the average person has what psychologists call a "mild positive illusion."

"We think that we're slightly more intelligent, slightly better looking, than we really are," Ghaemi says. "We tend to overestimate our control over our environment. And that can be quite fine under normal circumstances. That may actually help us to get more done because of that confidence, but a political leader needs to be realistic rather than just optimistic for the sake of optimism."

Ghaemi says his research revealed that both King and Mohandas Gandhi tried to kill themselves during adolescence, and that both suffered severe bouts of depression later in life.

"I went through the John F. Kennedy medical records in his archives — I believe I'm the first psychiatrist to do so," Ghaemi says. "His behaviors have been well known — his hypersexuality, his high energy — what I do is to go into the medical records and show how those symptoms really are consistent with this temperament called hyperthymic temperament in psychiatry, which means mild manic symptoms all the time. And then I base these diagnoses not just on these symptoms, but family history, because these illnesses are genetic."

The struggle with mental health that some people endure can take a toll, but some leaders — and Ghaemi's book counts the 35th president among them — emerge from that struggle more sure of themselves.

"In the case of Kennedy, I extensively describe his treatment with steroids, which worsened his manic symptoms. He was even treated with a neuroleptic, an anti-psychotic, when he was in the White House, for a period of depression," Ghaemi says.

As those drugs made his hyperthamic symptoms worse, he was a less successful as a leader.

"I think that was the case in the first year or two of his administration. Then his doctors got it under control," he says. "They basically forced him to stop using so many of those drugs ... and this correlates with the last year of his administration, when a lot of his policies changed remarkably and he became that major civil rights advocate, that very resilient Cold War leader who we now look back on and value very much." 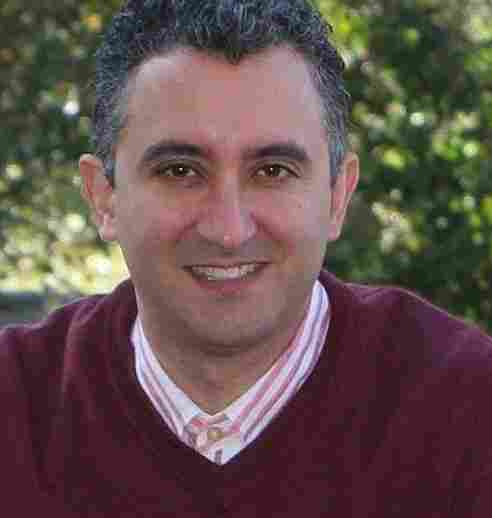 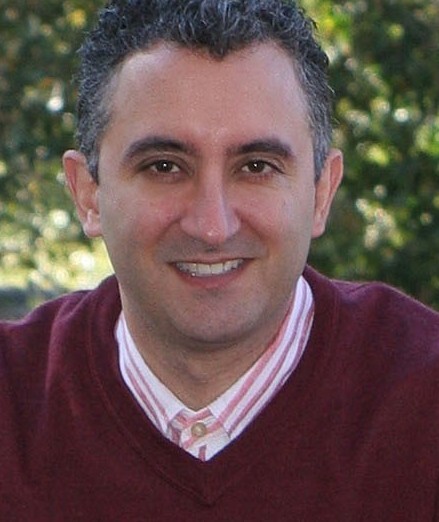 Ghaemi says that Kennedy's mental illness — rather than being the thing he had to overcome on the path to success — may have been the crucial element in preparing him for the White House.

"The hyperthalmic temperament has been shown in studies to be the kind of personality that is most helpful in being able to withstand traumatic experiences like sexual abuse, war and not developing post-traumatic stress disorder symptoms," Ghaemi says. "And I think that's what kept him alive and kept him going during the 1940s and 1950s, whereas most of us wouldn't have even though about running for president. We would have just wanted to be alive when we faced all the severe illness that he had."

Other recent leaders seem to be closer to our definition of mental health. Ghaemi says that George W. Bush and Tony Blair, who were both in office during the terrorist attacks of Sept. 11, 2001, "have backgrounds that do not show any evidence of severe depression, severe mania or extreme personality traits. So there's no reason to claim that they have any mental illness; they're within the range of average mental health."

But that itself could be a handicap.

"One might examine how they dealt with the 9/11 crisis and whether they were realistic enough," Ghaemi says. "And whether their inability to be realistic about some things, such as weapons of mass destruction and that rationale for invading Iraq."

Ghaemi wonders whether President Obama, whom he points out has described himself as "well adjusted," might actually be "a little less normal than we've been led to believe."

"It's possible," Ghaemi says, "if we understand from his memoirs, that he dealt with a lot of identity crises personally and racially, which may have influenced his moods, his anxiety, his personality and made him much more nuanced than the average person might be."

If holding out hope that a president of the United States has at least a little bit of mental illness seems strange, Ghaemi says, he hopes his book helps to correct "a deep prejudice in our society."

"Many of us just believe that mental illness is inherently bad and mental health is inherently good," he says. "And the message from both the science and the history that I'm discussing here is that there's some good and some bad to both mental illness and mental health. I think the idea of a 'No Drama Obama,' of this very average, stable, healthy person, is a reflection ... of that stigma, of the idea that if there's any mental abnormality, it must be harmful. And in fact, if he has a little bit of drama to him, it might be quite helpful."

Read an excerpt of A First-Rate Madness