Accessibility links
Pee-wee Herman Plays Not My Job Actor and comedian Paul Reubens may be the most famous Pee-wee, but he isn't the only one. We've invited him to answer three questions about the other peewees of the world. 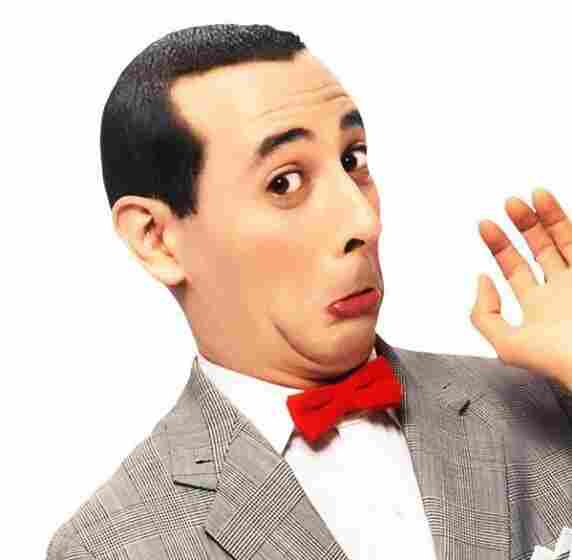 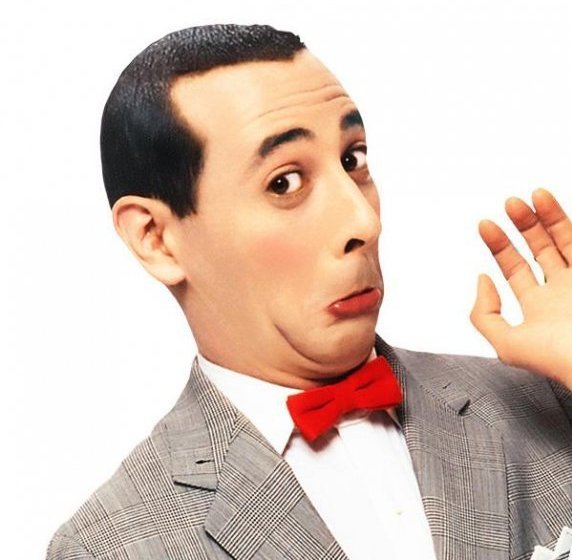 Thirty years ago, an actor in Los Angeles was doing sketch comedy and came up with a bizarre character sporting a tight gray suit, a little red tie and slicked back hair ... and America met Pee-wee Herman. Reubens recently brought the character from his Saturday morning TV show to Broadway in The Pee-wee Herman Show.

Ruebens may be the most famous Pee-wee, but he isn't the only one. We've invited him to answer three questions about the other peewees of the world.

This segment was originally broadcast on March 12, 2011.

In the 1980s, there was nobody like Pee-Wee Herman, a strange man who kids loved because he seemed to be a strange kid himself.

The actor who created Pee-Wee, Paul Reubens, joined us in March of 2011, along with panelists Tom Bodett, Faith Salie and Mo Rocca.

SAGAL: I asked him about the massive Pee-Wee Herman merchandising empire.

PAUL REUBENS: I actually talked the Purina Company into doing my cereal. And it was going to be the first time that they ever allowed the checkerboard to be put on something other than pet food.

REUBENS: So my cereal was going to be called Pee-Wee Chow.

REUBENS: And it was going to have the checkerboard on it. And the commercial for it was going to be a mom, a 1950s mom pouring a bowl and putting it on the floor and kids, like, crawling up and eating it.

SAGAL: Why didn't you go ahead with this? This would have been great.

REUBENS: Oh, believe me, it wasn't my choice. I'm heartbroken about it, especially when I hear everybody laughing at it, because I thought it was such a great commercial.

FAITH SALIE: Paul, what would it have tasted like?

REUBENS: Oh, you know what, it tasted exactly like Trix, which was my favorite cereal when I was a kid.

REUBENS: But it turned out, kids didn't like it. They wanted a sweeter cereal.

SAGAL: Did you serve it to them on the floor, though, and encourage them to crawl up to it? Because any kid worth his salt would love that.

REUBENS: Yeah, that's what I said too. But it turned out that I wasn't involved in the taste testing portion of it.

REUBENS: And I doubt if that's what happened. I think they probably just, you know, get a bunch of kids and poured bowls of cereal. And they all must have just gone, like, oh, what the hell is this?

SAGAL: And you said you had plans for a Pee-Wee Land, like a Pee-Wee themed theme park.

REUBENS: Yeah, you know I used to, when I was doing interviews, I would always try to slip one, a non-factual, thing in there. That's non-factual as in lie.

REUBENS: And I would always just lie about one thing. And one time I was in the middle of an interview and I heard myself say - the guy said what are you doing next and I said I'm building Pee-Wee Land.

REUBENS: And it got printed and then I started getting questions about it. And then I got an investor. Somebody contacted me who builds malls and said they'd like to build Pee-Wee Land. I can't actually remember what happened, other than I know Pee-Wee Land was never built. I remember that.

SAGAL: Yeah, otherwise we'd all be there right now, I would assume.

REUBENS: Well at least I would be there, probably with, like, a lot of, like, unsold tickets.

SAGAL: Well, I mean, one of the things I loved about it was there didn't seem to be an attempt...

SAGAL: To teach children anything other than they should just really enjoy themselves all day and then eat ice cream. That seemed to be the lesson that I am able to get from any episode.

REUBENS: I think you should go back and re-watch some of those episodes.

SAGAL: Well, what did I miss?

SALIE: What was the most important lesson?

REUBENS: Well, you know, there's only 50 episodes. You could go and find that out yourselves.

SAGAL: I own the whole run on DVD.

ROCCA: There were lessons, like, on being polite, on being clean. That was also kind of part of the joke also.

REUBENS: No, I mean "Sesame Street" was already in play.

REUBENS: When my show was on. And it did a lot of that. I always wanted to have an educational show, but I felt like I wasn't going to compete with "Sesame Street." I could do something different than "Sesame Street" and be way more relaxed and way more crazy and I always felt like we had like a lot of stuff in there, in every episode, or at least a few things that were kind of the Golden Rule or a lesson.

SAGAL: When people come to you, because I know that people who watched the show as kids are now adults, they come to you, what do they say to you? Do they say oh, your show taught me and your show inspired me? What kind of responses do you get?

REUBENS: No, they don't say any of that.

REUBENS: So I guess that proves you were right.

REUBENS: You know, my impression was most of the people who watched my show were so high that like they...

SAGAL: That's the other theory.

SAGAL: Well, Paul Ruebens, we're delighted to have you with us. We've asked you here to play a game we're calling?

KASELL: Is there another Pee-Wee in the house?

SAGAL: So you were, perhaps, the world's most famous Pee-Wee, but you are far from the first or last Pee-Wee. We're going to ask you about three other Pee- Wees.

SAGAL: Get two right, you'll win our prize for one of our listeners. Carl, who is Paul Reubens playing for?

KASELL: Paul is playing for Charles Spolyar of Minneapolis, Minnesota.

SAGAL: You ready to play?

SAGAL: All right, first up, Pee Wee Football. That's, of course, the generic name for the many youth football leagues out there, and there are many different kinds. For example, today's young aspiring football player could join which of these leagues? A: the Snoop Youth Football League. That's a league organized and sponsored by famed rapper Snoop Dogg. B: Peace Football, in which players are prevented from tackling, blocking or even touching each other.

SAGAL: Or C: Video Youth Football, in which kids are divided into teams for organized tournaments of the Madden football video game.

REUBENS: What was B? I didn't hear B.

SAGAL: B was Peace Football in which players are forbidden from contacting each other.

REUBENS: I'm going to go with A.

SAGAL: Snoop Dogg the rapper, he created the football league to benefit the kids in central L.A. Very good.

REUBENS: I know all about it. He's a really close friend of mine.

SAGAL: Is he really?

SAGAL: OK. I was going to believe that. I wanted you to know. Next up, Dave "Pee Wee" Herman. He's a mixed marshal arts fighter, named after, well, you, actually. He says he prepared, Pee Wee Herman did, for his early big fight against Mario Rinaldi, how? Was it A: he watched the original "Rocky" movie 16 times? B: he spent all day eating raw steaks and playing Beer Pong? Or C: he punched bricks for eight hours a day for a solid week?

REUBENS: You know, I almost think that's probably the real answer, but I'm going to go with A.

SAGAL: You're going to go with A, he watched the original "Rocky" 16 times for inspiration?

SAGAL: I'm afraid it was B. He spent all day eating raw steaks and playing Beer Pong.

REUBENS: What is wrong with him?

SAGAL: I don't know. He says he didn't mean for the steaks to be raw but it was dark when he was grilling and he just did it that way.

SAGAL: There you are. Were you aware that there's a successful mixed marshal arts fighter who goes by the name Pee Wee Herman?

SAGAL: Well, this is very exciting. It comes down to the last question. There is a children's book character out there named Pee Wee. Is it A: Pee Wee the Kiwi? He teaches Australian kids about their neighbors to the east. B: Pee Wee the Intestinal Bacteria, who leads kids on tours of the magical human body? Or C: Pee Wee the Worm, star of Pee Wee and the Magical Compost Heap?

REUBENS: Wow. Those all sound so enjoyable.

SAGAL: They do. They would be.

REUBENS: They all sound like they would scar young people, as a matter of fact.

REUBENS: But I'm going to go with A.

SAGAL: You're going to go with A, Pee Wee the Kiwi?

SAGAL: It rhymes; I'll say that for it.

REUBENS: Are you helping me?

SAGAL: Thank you. Pee the Worm, he's in several books, all of them about composting. Carl, how did Paul Reubens do on our quiz?

KASELL: Paul had two correct answers, Peter, and so he wins for Charles Spolyar.

SAGAL: Paul Reubens is the star of "The Pee-Wee Herman Show on Broadway." Paul Reubens, thank you so much for joining us.

REUBENS: Thank you. Thank you very much. It was really fun.