Accessibility links
Bill Buckner: A Little Luck Is 'Not A Bad Thing' In Baseball All-Star Bill Buckner played 22 years in the major leagues, including wih the Boston Red Sox. Back in New England, he is reminded that 22 years of being good can't erase one moment of being unlucky. 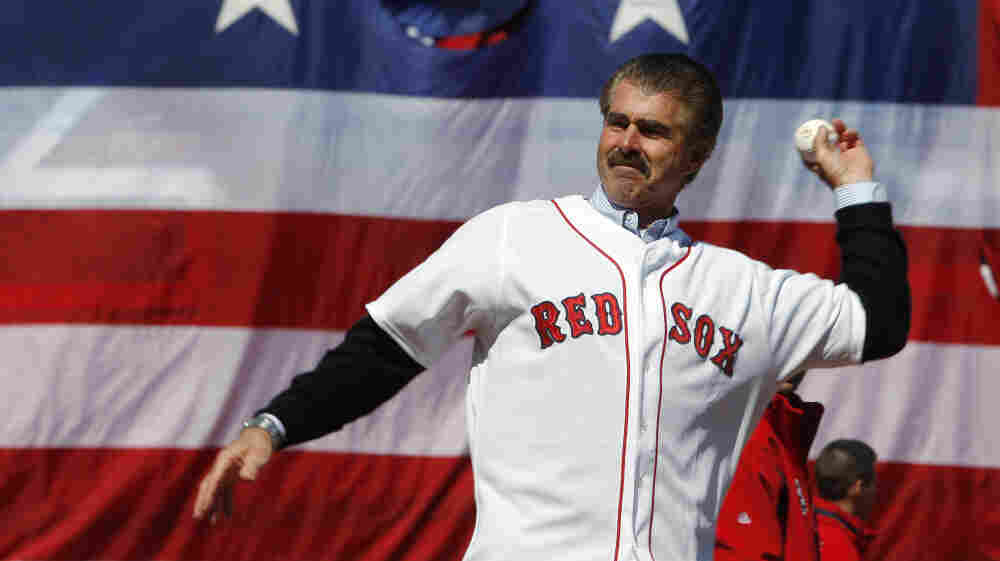 Bill Buckner throws out the ceremonial first pitch at a game between the Boston Red Sox and Detroit Tigers in 2008 at Fenway Park in Boston. Getty Images hide caption 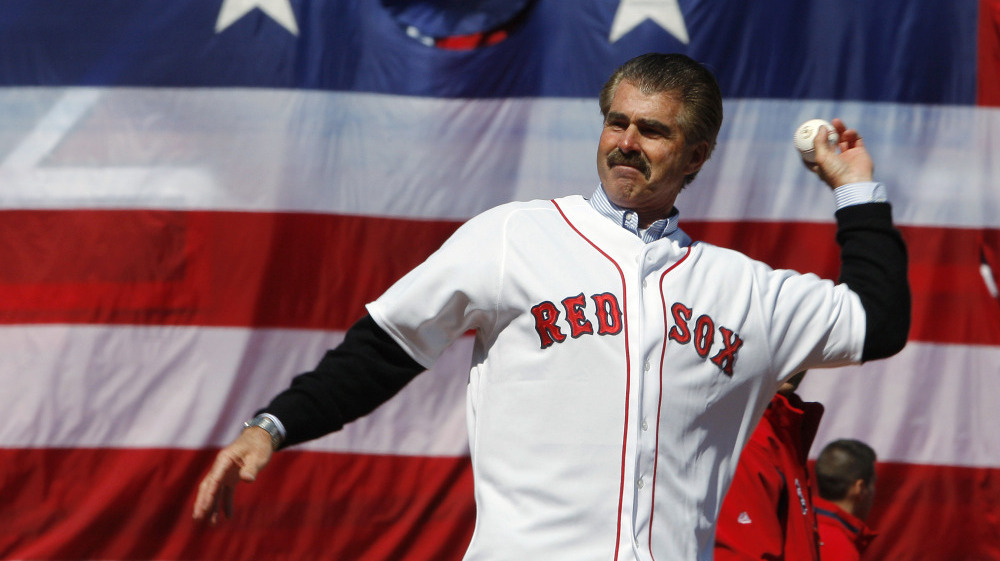 Bill Buckner throws out the ceremonial first pitch at a game between the Boston Red Sox and Detroit Tigers in 2008 at Fenway Park in Boston.

In baseball, it's better to be lucky than good, according to Bill Buckner. He should know. Buckner was very good. He was an All-Star first baseman who played 22 years in the major leagues, including four seasons for the Boston Red Sox.

This summer, Buckner is back in baseball and back in New England, where he's being reminded that 22 years of being good can't erase one moment of being unlucky.

In 1986 it was the Red Sox against the New York Mets in game six of the World Series. The Sox were one strike away from winning their first championship since 1918. A couple of hits, a wild pitch and suddenly the game was tied. The Mets' Mookie Wilson stepped to the plate.

The ball Wilson hit went through Buckner's legs, and the Red Sox lost. One unlucky moment and two decades of being good didn't seem to matter any more.

So Buckner left and eventually settled in Idaho, where he could hunt and fish and live peacefully with his family — far from the relentless reminders about that one error.

He did a bit of major league coaching in the '90s, and in the last year Buckner accepted an offer to come back to professional baseball. Buckner became the manager of the Brockton Rox, a semi-pro team of baseball dreamers.

Buckner is a minor celebrity in Brockton, about 30 miles south of Boston. On a recent evening in Campanelli Stadium, there were about 200 people in the stands, and a man dressed as a kangaroo — the team mascot. Buckner was in the dugout.

"You know, baseball's a game of failures and a lot of downs in the game, and you have to shake it off, and the good players could do that," he says. "Baseball is a game of averages, but over a short period of time, to have a little luck going is not a bad thing." 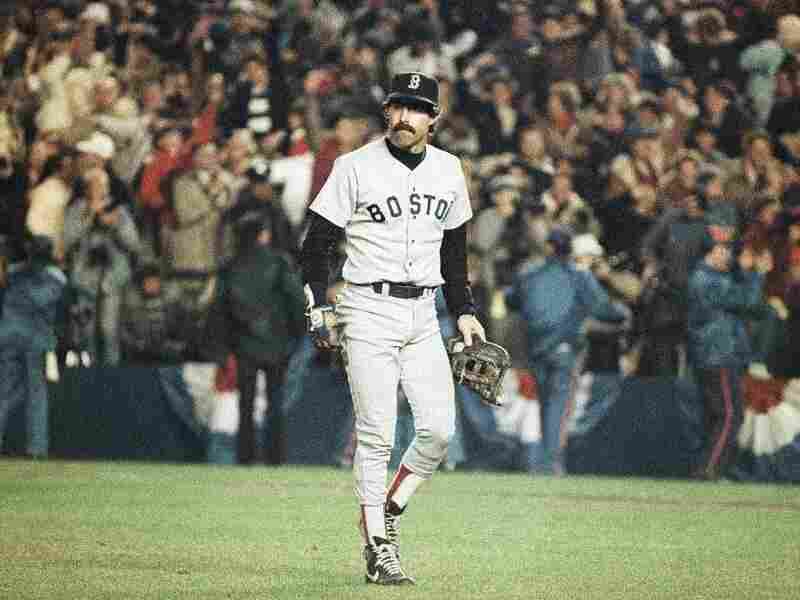 Buckner leaves the field after committing an error on a ball hit by New York Mets' Mookie Wilson, allowing the Mets to win in the sixth game of the World Series in 1986. Rusty Kennedy/AP hide caption 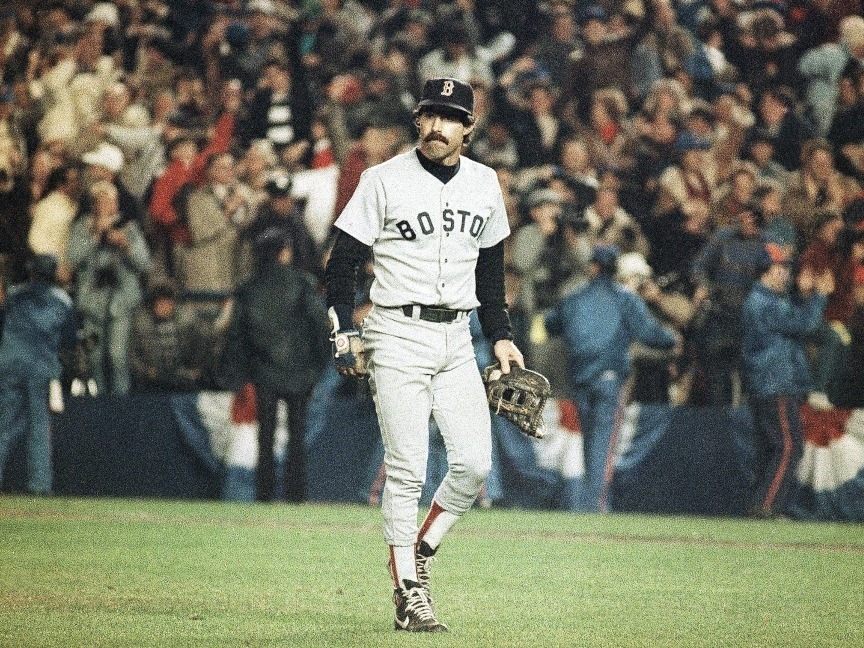 Buckner leaves the field after committing an error on a ball hit by New York Mets' Mookie Wilson, allowing the Mets to win in the sixth game of the World Series in 1986.

It's understandable that Buckner gets tired of having to relive that error.

"People always ask me what I thought about when I missed the ground ball," he says, "and my first thought was, 'Wow, we get to play in the seventh game of the World Series ... We'll get 'em tomorrow.'"

Of course, the Mets won Game 7. The Red Sox had to wait another 18 years before they finally won the World Series.

After that error in 1986, the press wouldn't let it go, so those were tough years for Buckner and his family. One reporter even called his wife to ask if Buckner was contemplating suicide.

But for the young players of the Brockton Rox, having a big league veteran as manager is a rare privilege.

"Probably the biggest name that I've ever played for," says Chris Grossman, the catcher for the Rox. "I had a couple of buddies joke about it and say, 'If you guys miss a ground ball, you can't say anything' — but everyone's made mistakes in this game."

When Buckner came back to Fenway Park in 2008 to throw out the first pitch of the season opener, Boston fans gave him a huge ovation, which Buckner talks about in an aw-shucks kind of way.

"It was awesome, I mean, it was almost embarrassing, though, to be out in front of that many people. The real cool thing about it was the fans ... were sincere," he says. "I think they understood all the crap I went through, and they were always good to me."

Buckner says when you're 12 years old, you dream of hitting the game-winning home run in the World Series. That doesn't happen too often, he says. Not without a bit of luck, anyway.

In the audio introduction to this story, as in a previous Web version, we incorrectly say that Bill Buckner won the Gold Glove award.