Accessibility links
Fate Of American Kidnapped In Pakistan Still A Mystery Last Saturday, just 48 hours before he was due to leave the country, American international aid expert Warren Weinstein was kidnapped in Pakistan's Punjab region. There's been no word since, not even from his abductors. 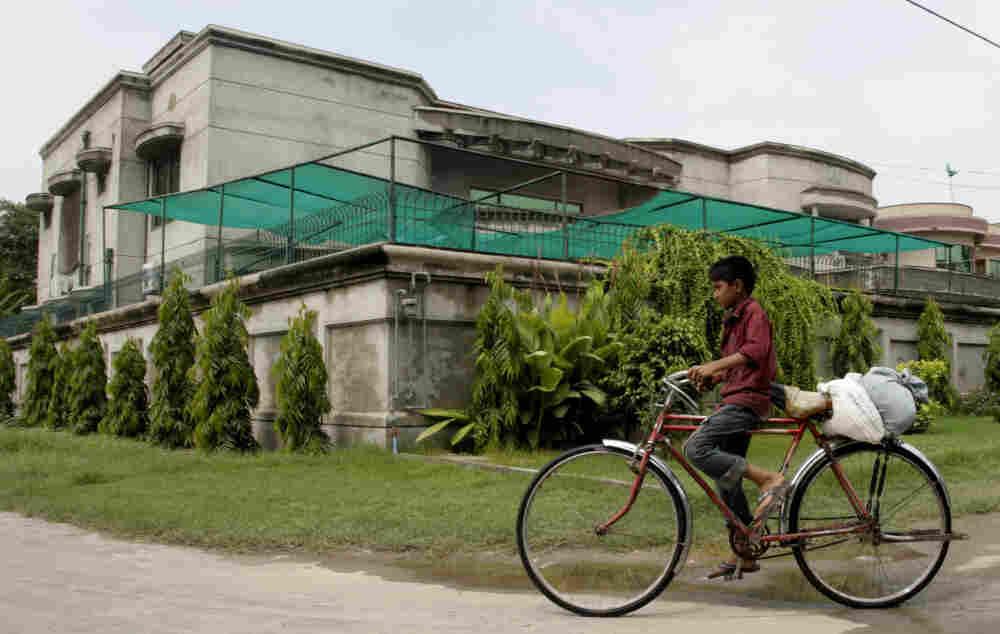 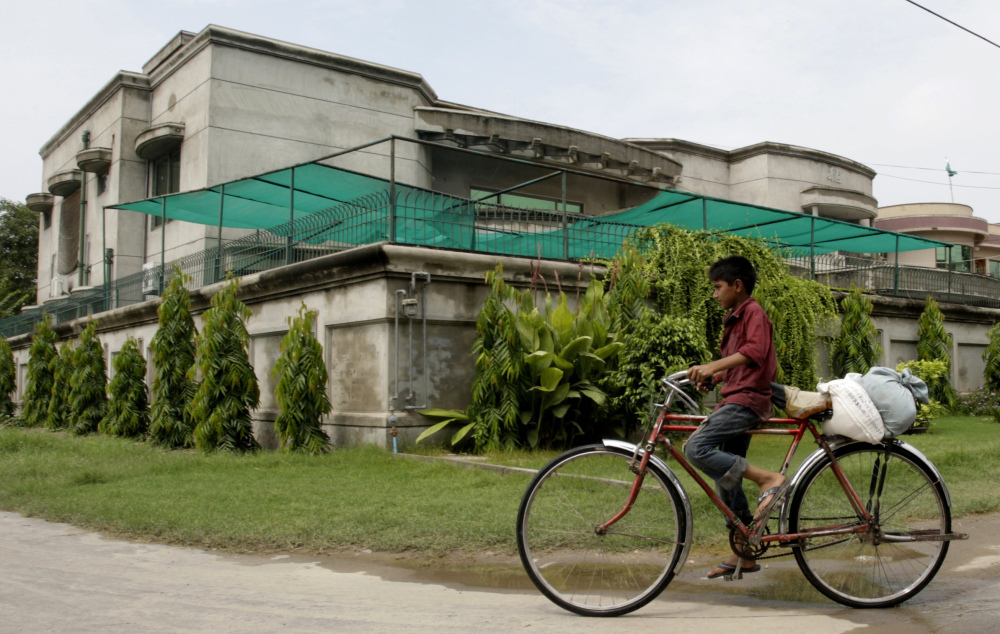 A boy rides a bike past the house of kidnapped American development expert Warren Weinstein in Lahore, Pakistan, on Monday.

Just 48 hours before he was due to leave the country, American international aid expert Warren Weinstein was kidnapped in Pakistan's Punjab province. It's been more than a week since the abduction, and Weinstein's whereabouts are still unknown.

The law minister of Punjab says he believes militants are behind Weinstein's abduction, but senior police investigators in the eastern city of Lahore don't go that far. They say it's still early, and they're cautiously optimistic that Weinstein will be found safe.

Weinstein was abducted in the early morning hours. His kidnappers staged a diversion at the front gate, offering food to the guards on duty, while five masked gunmen scaled a five-foot wall in the rear and overwhelmed Weinstein's guards from behind.

They stole into the house, snatched Weinstein and fled — all in about seven minutes, according to Lahore's senior superintendent of investigations, Razaq Cheema, who called it a "highly organized kidnapping."

On the grounds of Weinstein's cavernous house, police are guarding what is now a crime scene. There is scant evidence of a struggle, but clear signs that Weinstein's captors were willing to use force. 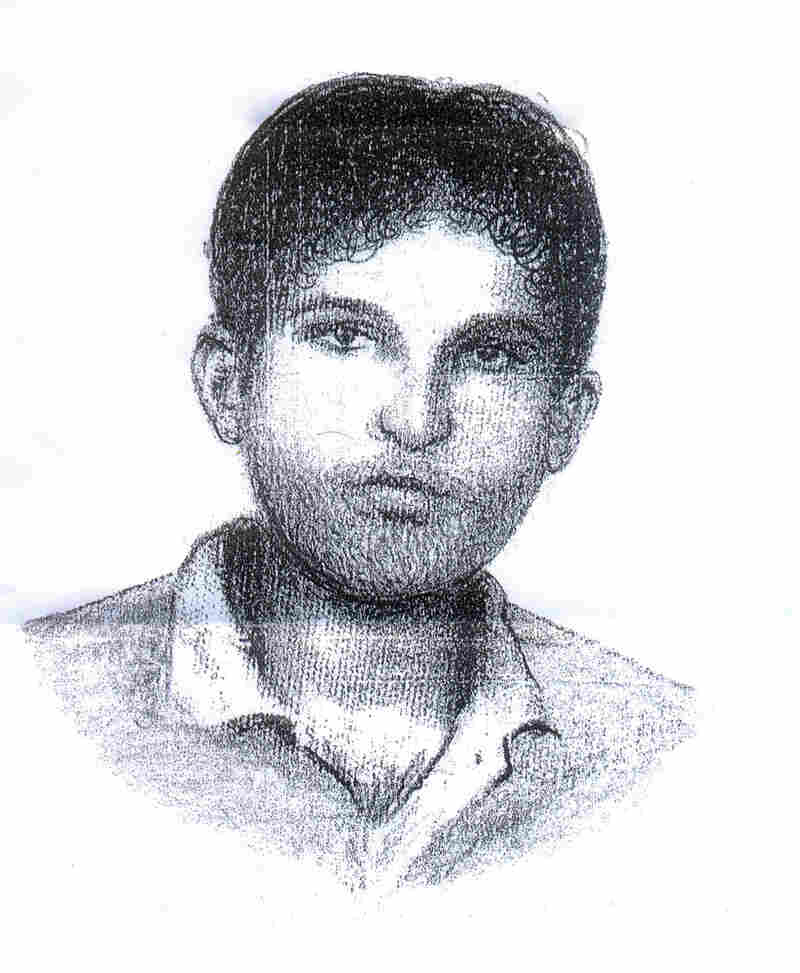 Pakistani police on Thursday released a sketch of a possible suspect in Weinstein's kidnapping as public silence from his abductors added to fears about his fate. Pakistan Police Handout/AFP/Getty Images hide caption 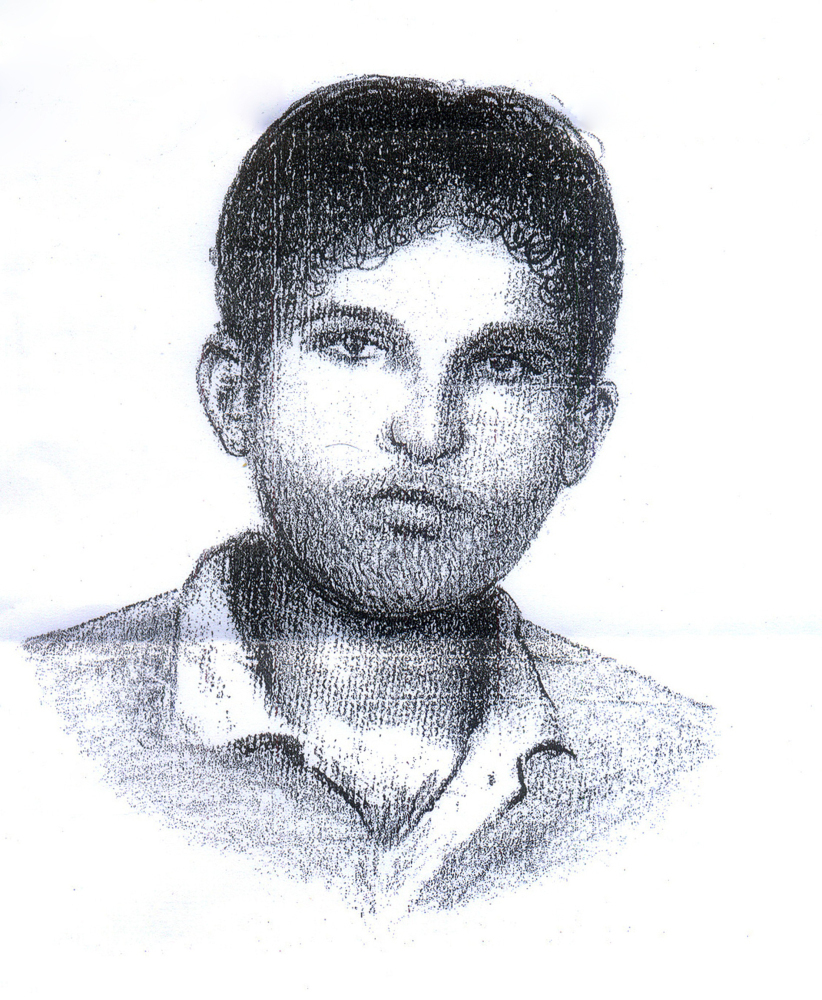 Pakistani police on Thursday released a sketch of a possible suspect in Weinstein's kidnapping as public silence from his abductors added to fears about his fate.

Up the winding stairway, where the captors would have run, mud and small droplets of dried blood are smudged into the marble. The police say Weinstein was pistol-whipped as he was taken by his kidnappers.

The rooms of Weinstein's house in the posh Modeltown neighborhood of Lahore suggest someone absorbed in his work; files lines the floors and stacks of papers cover a kitchen table. Police say they found calendars with the date Aug. 15 circled in red and the days leading up to it crossed out — Weinstein was to have left Pakistan on that date. Stale peanuts gather dust on a coffee table and pictures of happy children adorn the walls — quite a few of them.

Weinstein is said to have lived in Pakistan at least six years, working with J.E. Austin, an international development consulting firm based in Virginia. Weinstein is reputed in the industry to be a veteran of development aid, which is what he was doing in Pakistan, according to the company.

Punjab Law Minister Rana Sanaullah says no local gang in the kidnapping racket could have pulled off Weinstein's abduction — it was too well orchestrated.

"No local criminal group is strong enough to do such acts," Sanaullah says. "These are the Taliban — you can say Pakistani Taliban, or other Taliban. They are the persons."

Sanaullah has said — not without controversy — that he believes the American aid expert was secretly working on behalf of the United States. The law minister says he has no concrete evidence to support that, but he insists that Weinstein's refusal to have a police escort when he traveled — or a government guard posted at his home — somehow makes him suspicious. He compares Weinstein with Raymond Davis, the CIA contractor who put U.S.-Pakistan relations on a downward slide last January when he killed two men on a busy Lahore street.

Americans regard the insinuation that Weinstein was connected to the CIA as totally baseless. Usman Khan, who lectures on economics at Lahore University of Management Sciences, worked with Weinstein on private sector development in the Punjab. Like many in the aid field, Kahn says, Weinstein sought to keep a low profile but was not daunted by the local security conditions, especially since he'd lived in the country so long.

"His favorite quote would have been, 'It's just being at the wrong place at the wrong time,'" Kahn says. "He said any local is equally facing danger as he is. He always looked very comfortable with what he was doing and the way he was doing it."

Investigators are holding Weinstein's driver for questioning. The man, who goes by the name Israr, is from the district of Swabi in the militant-infiltrated Northwest Frontier Province. It was his familiar voice that convinced Weinstein to open the door last Saturday morning — allowing his abductors to swoop in. Sanaullah suspects the kidnappers knew that the driver would be the key to unlocking the door.

No Claims For American's Abduction In Pakistan Aug. 14, 2011