Accessibility links
'Porgy And Bess': Messing With A Classic A new production of the classic Gershwin opera takes a surprisingly story-driven approach. 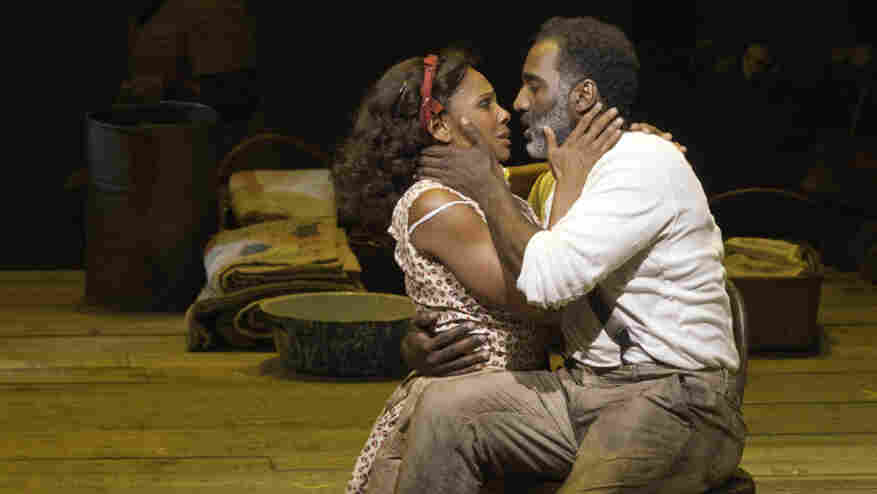 Audra McDonald (left) and Norm Lewis play the title characters in a new and controversial take on Porgy and Bess. Michael J. Lutch/Courtesy of the American Repertory Theater hide caption 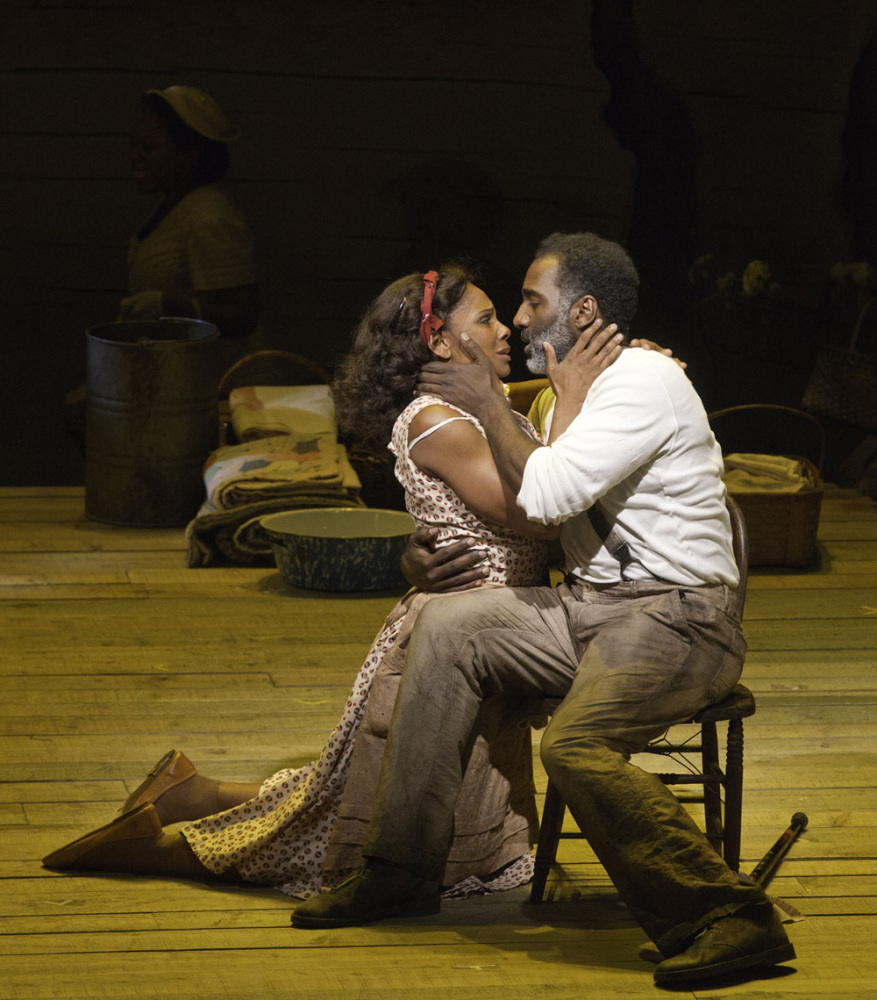 Audra McDonald (left) and Norm Lewis play the title characters in a new and controversial take on Porgy and Bess.

Porgy and Bess, the classic American folk opera about love and life in an African-American fishing community, was the culmination of a great dream for collaborators George Gershwin, his brother Ira, and author Dubose Heyward. But it wasn't as successful as they'd hoped when it premiered in 1935. So, 76 years later, the Gershwin and Heyward estates are bringing Porgy and Bess back in a new adaptation. The piece is now in previews at the American Repertory Theatre in Cambridge, Mass., with plans to move it to Broadway in December.

Messing with a classic will always make people mad. The creative team knew that from the get-go. Writer Suzan-Lori Parks and musical adapter Deidre Murray recall long hours in windowless rooms sweating over the monumental task they'd agreed to take on.

More On 'Porgy And Bess'

Parks has. Before their adaptation even reached an audience, musical-theatre legend Stephen Sondheim sent a letter to the editor of The New York Times accusing the new Porgy and Bess team of arrogance and dishonoring the creators' intentions. But the opera has been in flux since its very first performance. The story goes that, after opening, George Gershwin and his collaborators paced through Boston Common arguing over cuts to their four-hour work. Robert Kimball, a theater historian, friend of Ira Gershwin and longtime artistic adviser to the Gershwin estate, says they probably would have kept at it had they lived.

"Because two of the creators died so very soon after the premiere in '35 — George died in 1937 and DuBose in 1940 — we really don't know what they would've done with the piece," Kimball says. "Most operas go through changes; from city to city, from year to year, the creator has another look at it. There would've been changes here, as well."

That's not to say the opera hasn't been done since: There have been plenty of performances and a film. But the Gershwin and Heyward estates turned to Tony Award-winning director Diane Paulus to bring the work back to the stage in a new way. The artistic director at the American Repertory Theatre recalls seeing a Metropolitan Opera production of Porgy and Bess.

"I remember sitting there in that fancy opera house thinking, 'This is a great piece of musical theater,' " Paulus says. "And not in the sense of musical theatre — song and dance and light — but deeply moving, powerful music, characters, drama, emotion, catharsis."

It was the story, though, that attracted most of Paulus' attention. She says she felt the narrative needed clarification. The plot still unfolds in a fictitious neighborhood called Catfish Row. It's still set around 1920. But baritone Phillip Boykin, who's sung the role of Crown many times before, says letting him talk more allows his character to express more.

"In the opera, the focus is usually on the voice," Boykin says. "In this production, the focus is really on allowing the audience to see these as real people and go deeper into the characters, and that's one thing that I absolutely love. I really get to do whatever I need to do to portray this character." 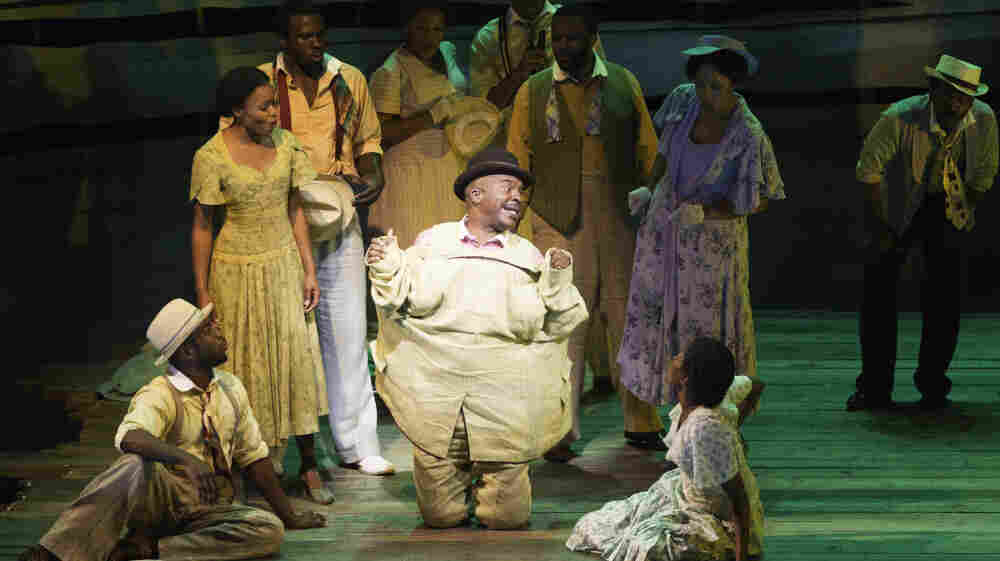 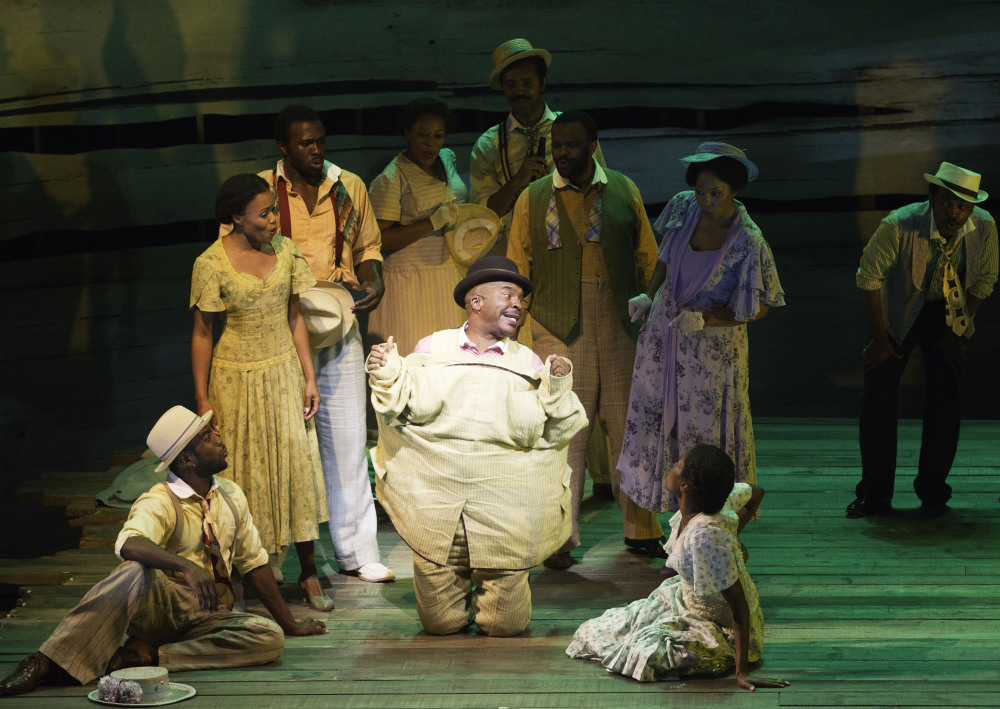 At a workshop in May in New York, Diane Paulus introduced the cast to her notion that the original libretto would be fleshed out — or "mined," as she says — to make the update more like a piece of musical theatre, or a play, than an opera. Audra McDonald says she learned more about her character Bess as Paulus and Parks laid out more of the back story.

Bess is still a beautiful drug addict torn between her brutish boyfriend Crown and her growing love for the charming, disabled beggar Porgy. But Pulitzer Prize-winning playwright Suzan-Lori Parks, who was hired to open the script, had lots of questions about what made these characters tick. For example, the opera never explains why Porgy is disabled, so Parks turned to the source.

To make that more believable, Parks and her collaborators made a controversial decision: to eliminate one of the opera's key plot devices. In the original, Porgy makes his way around town in a goat cart. Here, he walks with a cane. The creative team also added text to address a longtime criticism of the opera: that it's racist. Parks points to the song "I Got Plenty of Nothing."

"That's the song that folks will go, 'Oh, man, that's a racist song,' " Parks says. "It's basically the happy-darkie-with-the-empty-pockets song."

That didn't bother Parks as much as her feeling that the song didn't work dramatically, so she added dialogue to set it up.

The Ghost Of Gershwin

At rehearsals earlier this month, Parks and the rest of the team said it's important to remember that the opera's creators stipulated the work would always be performed by an all-black cast, and to this day their estates hold firm to that requirement. Norm Lewis, who plays Porgy, points out that the opera's first national tour played a role in desegregating — briefly — the National Theatre in Washington, D.C. The original Porgy, Todd Duncan, refused to go on stage unless all seats were open to all colors for all performances.

"This was in the late 1940s, and this was before the civil-rights movement even started," Lewis says. "So for him to have that sort of wherewithal and strength and power and courage was a major milestone." 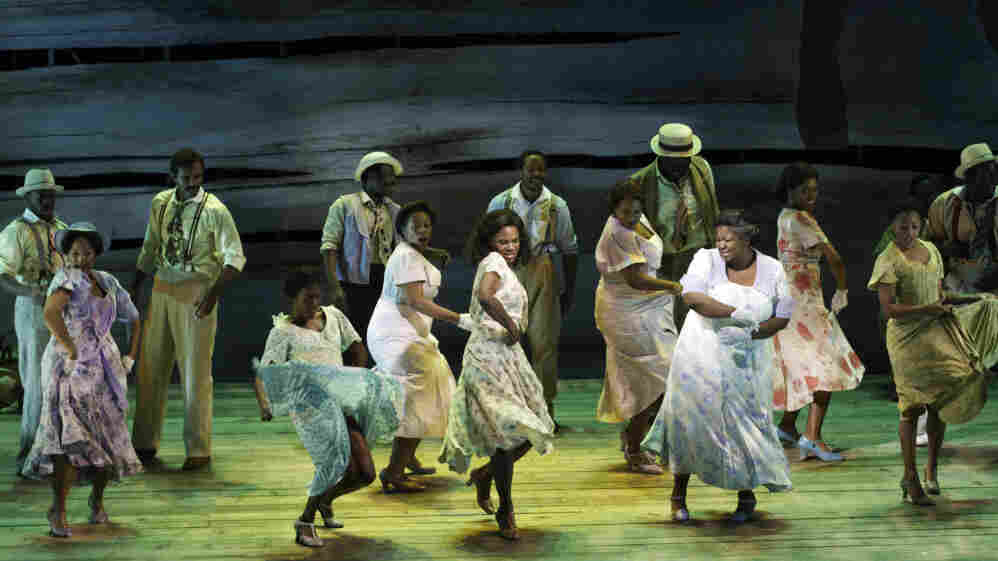 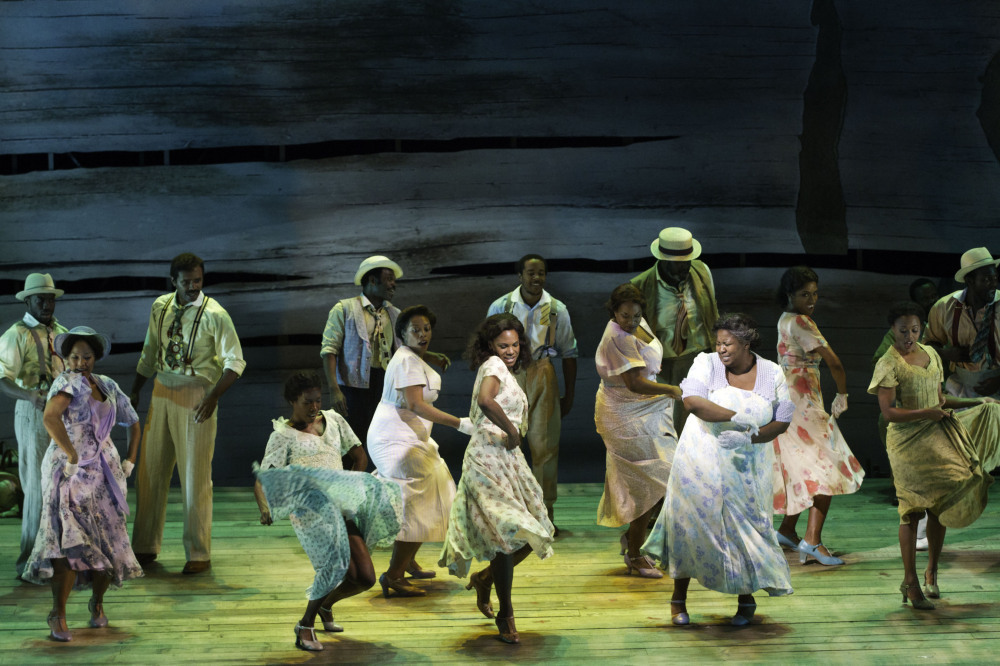 The women of Porgy and Bess dance.

"Every time in rehearsal, when a music stand falls down or a book falls off or something crashes, we're always like, 'There's Gershwin!' " Paulus says. "I think he's in the room with us all the time, and actually I think what makes it such a powerful classic is that you do feel like you're in dialogue with what they gave us 76 years ago. That we are still working on it and still mining it beat by beat, word for word, note for note."

Writer Suzan-Lori Parks has this clarification for what the cast calls "the purists out there."

"We haven't touched the opera, actually," Parks says. "What we did is — you know on your computer, you push duplicate? We're making another show. We're not saying, 'This will replace the original, brilliant opera called Porgy and Bess.' And again, the Gershwins asked us to."

Of course, the Gershwin and Heyward estates stand to earn royalties on the new production of what's now called The Gershwins' Porgy and Bess. But, more importantly, they say they want the classic tale to reach 21st-century audiences who don't usually go to the opera house — and maybe have only heard the song "Summertime" sung by a contestant on American Idol.