Accessibility links
Dealing With Hard Times The American Way: In Song The arc of American culture can be found in the nation's music. Author Tom Piazza shares that story in his new collection of essays, called Devil Sent the Rain: Music and Writing in Desperate America. 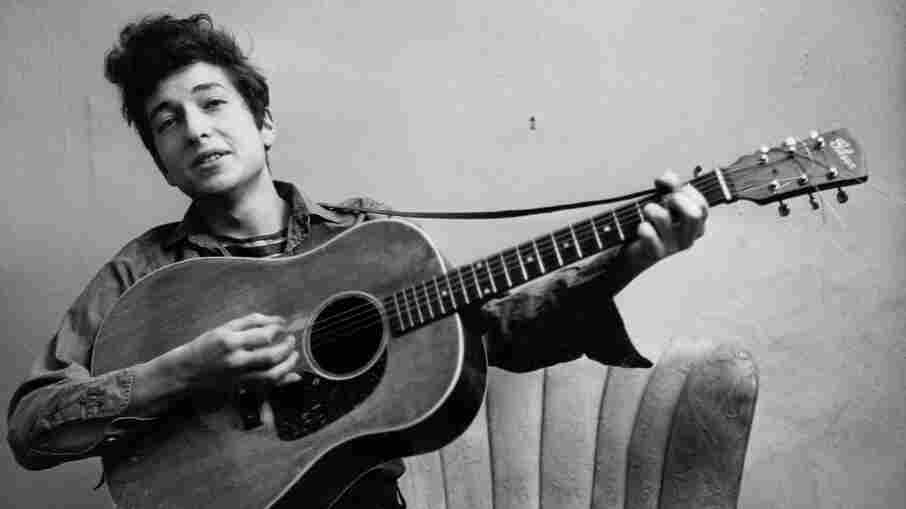 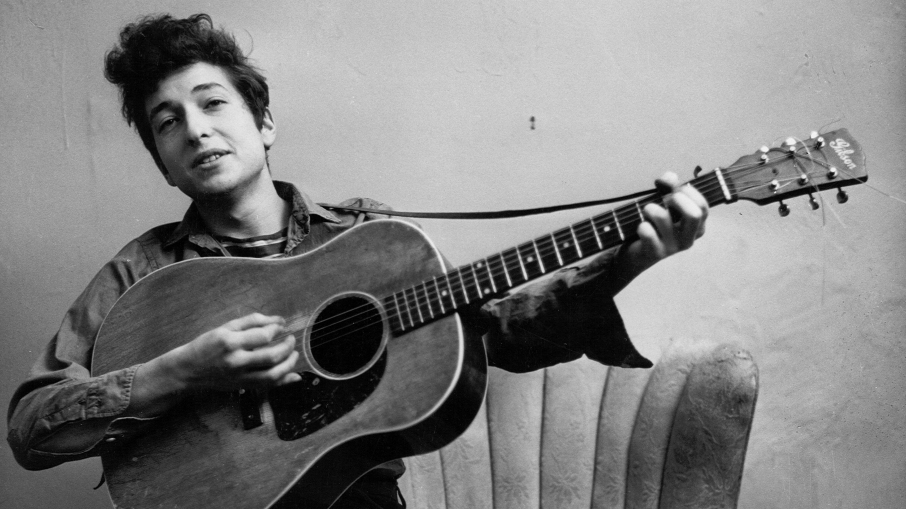 Bob Dylan is one of the artists featured in Tom Piazza's collection of essays, "Devil Sent the Rain." Piazza says Dylan's way of pushing boundaries "is a very American thing." 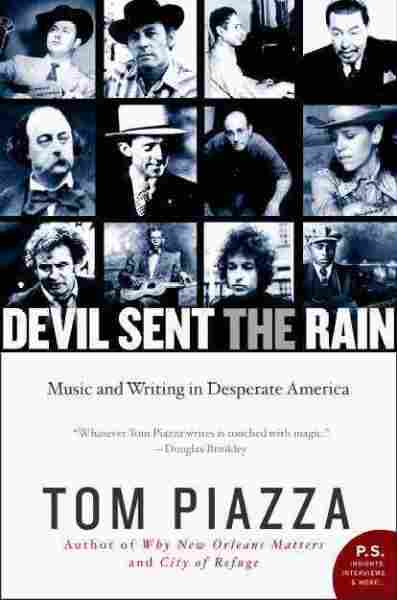 Music and Writing in Desperate America

The arc of American culture can be found in the nation's music. Author Tom Piazza shares that story in his new collection of essays, called Devil Sent the Rain: Music and Writing in Desperate America.

Piazza starts with a meditation on the blues.

"Within that musical form, you'll find a series of strategies for dealing with, I guess you could say, hard times," he tells Weekend Edition guest host John Ydstie.

Often the lyrics focus on the hard times, Piazza says, but the music underneath the lyrics "is anything but downhearted."

Early blues artist Charley Patton's song "Devil Sent the Rain" is the inspiration for the book's title. Piazza says Patton is regarded as one of the founders of Delta blues. One technique Patton uses, as heard in his song, "When Your Way Gets Dark," is using different voices to make it sound as if there are multiple people performing at once.

"[That] kind of inner dialogue is actually an astonishingly sophisticated musical — and discursive, even — mind at work," Piazza says. "Actually, it's a very literary thing."

Hear Music From The Book

Another artist included in the collection of essays is Jimmie Rodgers, the first big country music star, who was famous for his blues yodels. Piazza says Rodgers was a railroad brakeman who grew up in Meridian, Miss.

"Many people refer to him as the father of country music," he says.

Rodgers influenced everyone who came after him, Piazza says, including legends Gene Autry and Hank Snow.

"I think what was fascinating about Jimmie Rodgers was that he crossed a lot of lines that, I think, at that time in our culture in the 1920s, were probably generally seen as being, well, less porous than he thought they were," Piazza says.

Piazza writes that the listener has to trust the song, even if the artist's background differs from the song's topic or genre.

"Any hope one might have left for a society like ours depends on the constant assertion of the possibility of that kind of empathy," he writes.

Piazza goes on to write that the real issue is whether the artist's attempt at empathy works.

Bob Dylan is an example of an artist who ventured out beyond his roots. He re-invents himself as the culture changes, Piazza says.

"Dylan was always very difficult to pin down in terms of region or even ethnicity. I mean, Bob Dylan was a young, Jewish man from Minnesota who came to New York City," Piazza says, "and I don't think he had a whole lot of respect for other people's ideas of where the boundaries were supposed to come down. And that, too, is a very American thing."