Accessibility links
A Ramadan Story Of Two Faiths Bound In Friendship Muslims usually flock to their local mosques for Ramadan prayers, but last year, the Islamic community of Cordova, Tenn., didn't have a place to go. That's when Pastor Steve Stone put an unusual sign outside his church. 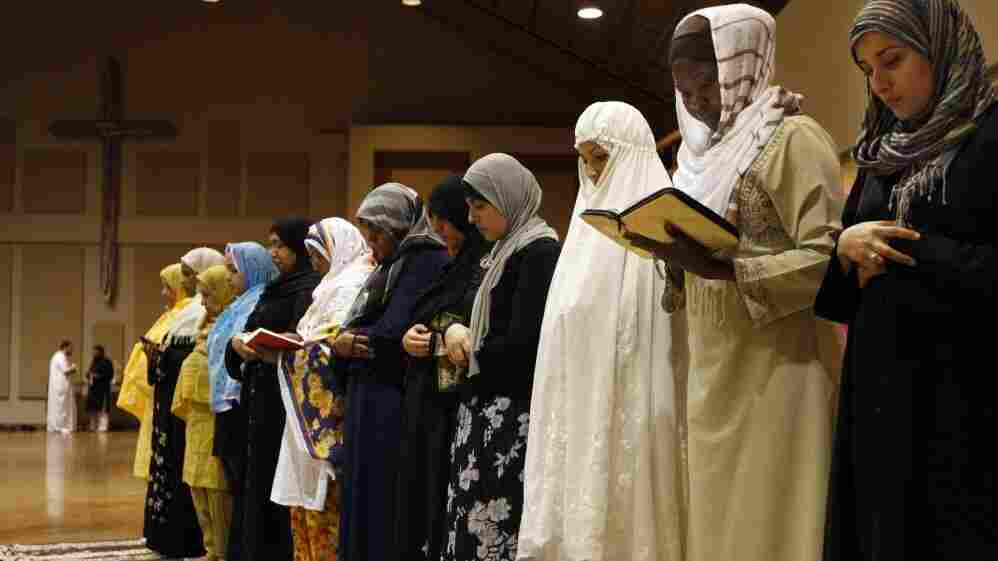 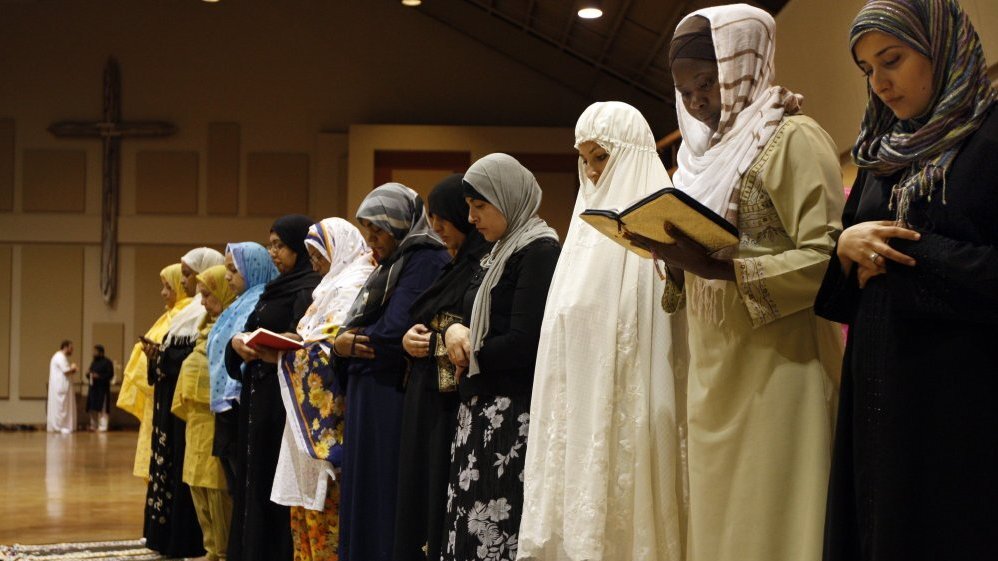 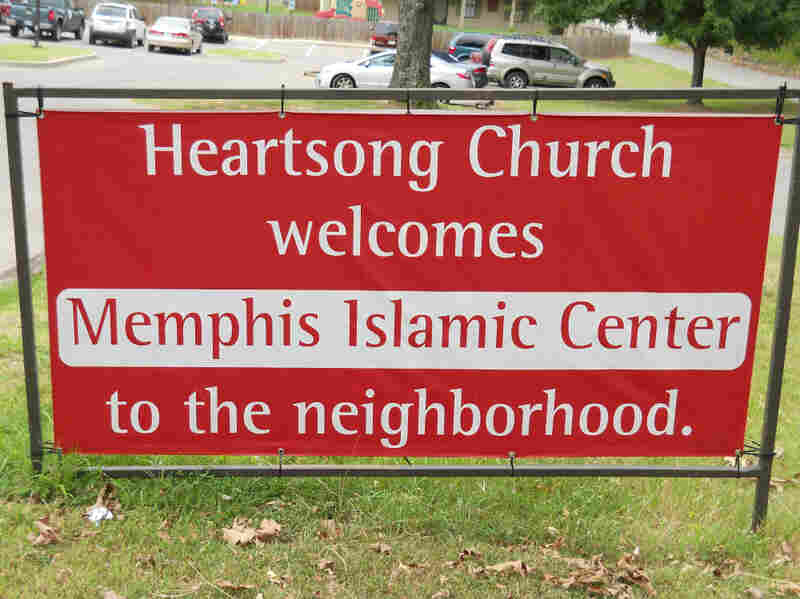 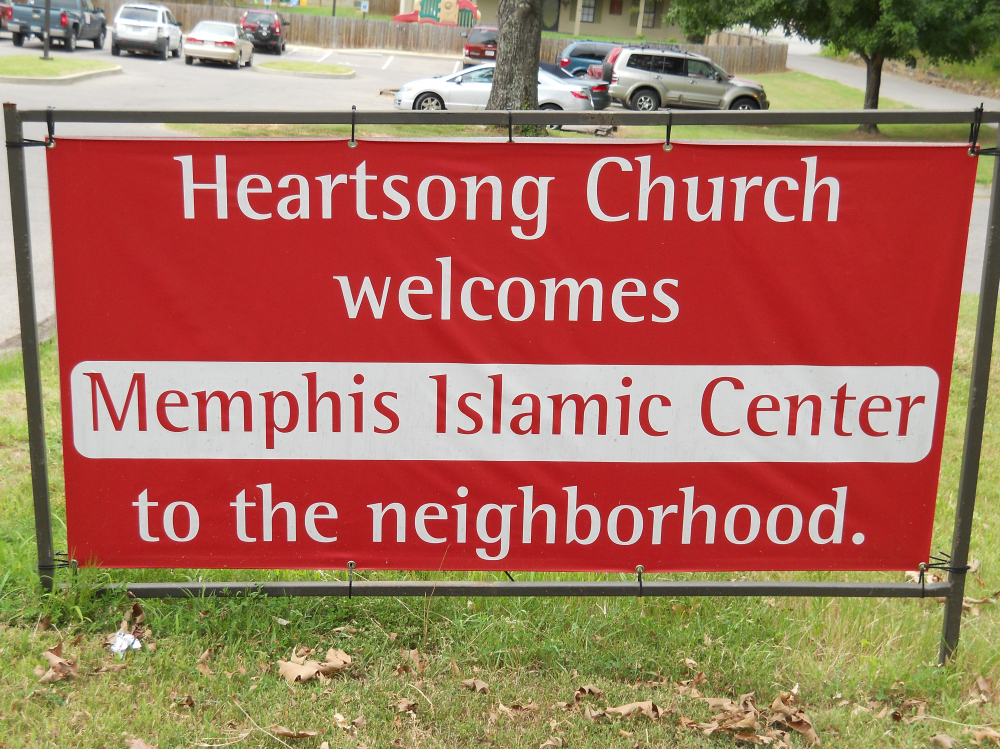 The welcome sign that stood in front of Heartsong Church.

It's Ramadan, the month-long holiday when Muslims fast from dawn to dusk as a way to cleanse the soul and reflect on their relationship with God. The faithful usually flock to their local mosques for prayer during the holiday, but last year, the Muslims of Cordova, Tenn., just outside Memphis, didn't have a place to go.

That's when Pastor Steve Stone put an unusual sign outside his church.

"It said, 'Welcome to the neighborhood, Memphis Islamic Center,'" he laughs. "It's been seen all over the world, now."

Stone invited the Muslim community to celebrate their holiday inside his church while their own cultural center was under construction nearby. It was the beginning of an unusual alliance that's still strong a year later.

"Obviously we were taken aback, but in a very positive way," says Danish Siddiqui, a board member of the Memphis Islamic Center. "Muslims, we tend to think of ourselves as good neighbors," he tells weekends on All Things Considered guest host Laura Sullivan, "but Steve beat us to the punch and put up that sign — and all we had to do was knock on the door and introduce ourselves."

The Muslim community was building a new mosque, but it was a delicate time. Proposed Islamic centers were kicking up controversy from New York to Murfreesboro — another Tennessee town just 200 miles away from Cordova.

"We were looking at some close-by halls and rental spaces and none of them were available," Siddiqui says. They asked Stone if they could borrow a small space inside his Heartsong Church. "He said, 'No. You're going to pray in our main worship space.'"

"We were so honored to be asked, because we knew that if they ever had any thought that we would say no, they would not have asked us," Stone says.

Not everyone was as thrilled as Stone however. He received criticism from colleagues — and even members of his own church — who felt that he was blending Christianity and Islam. Ultimately, 20 members left his church, out of a congregation of 550.

"We had tried to work with them and think their way through it," Stone says, "but at the end of the day, if they really believed what they said they believed, we're kind of glad they left, because we didn't want them going out into the community and saying, 'We have these hateful feelings and we go to Heartsong Church.'"

Although the Memphis Islamic Center is now complete, the Muslim community keeps a strong relationship with Stone and Heartsong's members. Once a month, they get together to help the homeless in their neighborhood, and there are also plans to build a new park that would sit on both congregations' property.