Accessibility links
Terror Probes: FBI's Informant Numbers Soaring In today's post-9/11 world, the FBI has 15,000 informants working undercover, many of them infiltrating mosques and Muslim communities to set up terrorism stings. The goal? To preempt and prevent — so says the FBI. But others question whether the FBI's efforts to catch a "lone wolf" crosses the line into entrapment.

In today's post 9/11 America, there are 15,000 informants working with the FBI. That's nearly three times as many as there were 25 years ago.

Over the years, when there has been a surge in the number of informants the FBI recruits and uses, there's a specific target in the FBI's sights — first organized crime, then drug smuggling, and now counterterrorism. 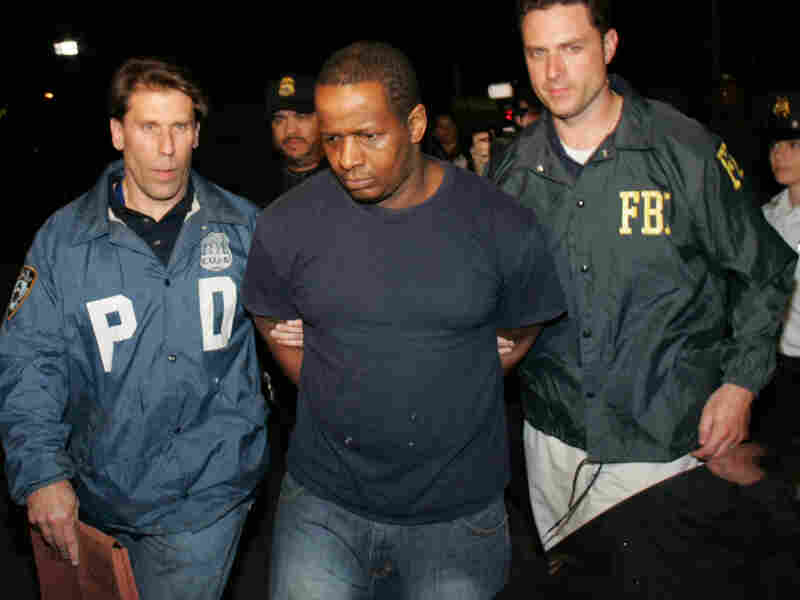 James Cromitie, center, is led by police officers from a federal building in New York, Thursday, May 21, 2009, after being arrested on charges related to a bombing plot in the Bronx. The arrest of Cromitie and three other Muslim ex-convicts in the alleged homegrown terror plot is renewing fears about the spread of Islamic extremism in the nation's prisons. (AP Photo/Robert Mecea) Robert Mecea/ASSOCIATED PRESS hide caption 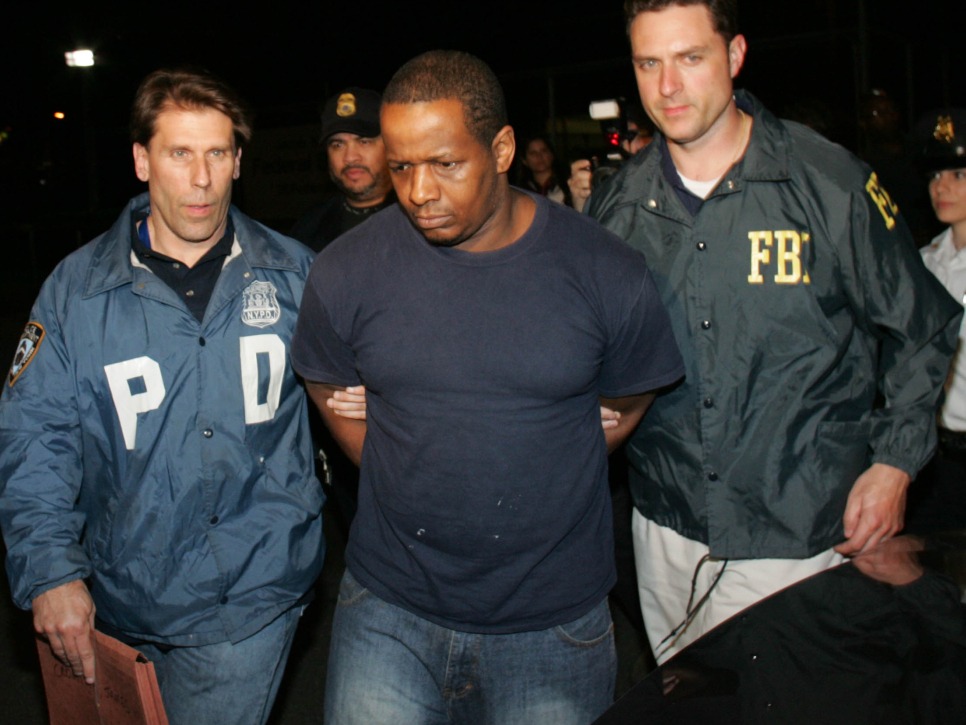 James Cromitie, center, is led by police officers from a federal building in New York, Thursday, May 21, 2009, after being arrested on charges related to a bombing plot in the Bronx. The arrest of Cromitie and three other Muslim ex-convicts in the alleged homegrown terror plot is renewing fears about the spread of Islamic extremism in the nation's prisons. (AP Photo/Robert Mecea)

And while the FBI uses many informants the traditional way — pointing the finger at wrongdoers — a new review of post-9/11 prosecutions reveals the increasing presence of informants in terrorism investigations.

"The informants play larger roles where they acted almost as agent provocateurs, where they provided not only the opportunity for the person to commit this act of terror, but also the means," Mother Jones contributor Trevor Aaronson tells NPR's Laura Sullivan. "Providing them with the plan, with the so-called weapons that were needed to ultimately create the act of terror that these people are them prosecuted for," Aaronson says.

Mother Jones partnered with the University of California-Berkeley's Investigative Reporting Program where Trevor Aaronson is an investigative fellow. Aaronson writes about the FBI's informant boom in the current issue of the magazine.

And how are the FBI agents finding so many informants willing to infiltrate mosques and Muslim communities? Sometimes, the money is alluring Aaronson says. In other cases, the money has nothing to do with it at all.

"A big reason, especially within the Muslim community and in counterterrorism investigations is that the FBI is able to use immigration against people," Aaronson says. "If you are going to recruit an informant and you realize that he has an immigration violation, often times the FBI will be able to use that as a form of leverage to say 'well if you work with us, we'll work with the immigration authorities to make sure you're not deported'."

For some critics, this use of coercion by the FBI to recruit informants is questionable. According to Aaronson's article, the FBI denies it blackmails informants, but does acknowledge that the bureau has prevented helpful informants from being deported.

But the larger problem for those opposed the FBI using informants to plan terrorism stings is whether the informants play an overactive role in convincing people to commit acts of terrorism.

"That's exactly the question is whether any of these people would be able to commit this plot or construct this plot on their own," Aaronson tells Sullivan. "The truth is when we looked closely at a lot of these cases the people who are leading these so-called plots or so called terrorist cells are not exactly the smartest people." In addition, informants seek out subjects that tend to be very poor, economically desperate and in some cases have a very elementary understanding of Islam, Aaronson says. "The informant is able to take advantage of that."