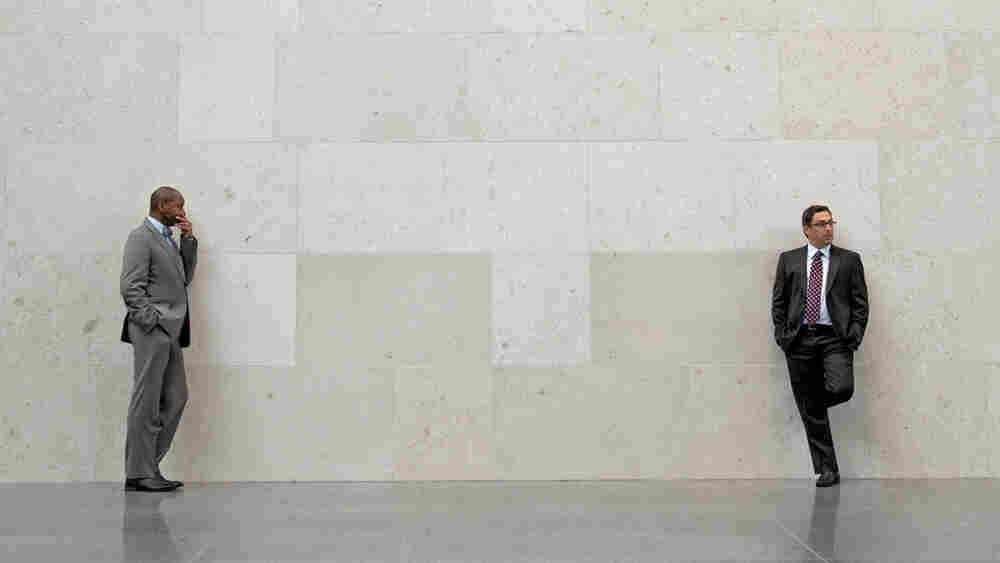 Saxophonist Branford Marsalis and pianist Joey Calderazzo's Songs of Mirth and Melancholy is longer on the latter, taking cues from the brooding romantic music of 19th century Europe. They play one Brahms song straight, with soprano sax taking the vocal line. And Marsalis says he borrowed isolated chords or ideas from Wagner, Prokofiev and Schumann for his tune "The Bard Lachrymose." It sounds like it wants to be a 19th century art song.

Marsalis has dual careers as a jazz and classical saxophonist, and this setting lets him pull both worlds together. A saxophone/piano duo can conjure up a recital hall as well as a bar's backroom. He respects traditions — he's never been bashful about acknowledging forebears like Wayne Shorter and Sonny Rollins in his solos. As a young man, he'd say a personal approach emerges in time, and time has proved him right. He plays Shorter's "Face on the Barroom Floor" "Wayneishly," as he puts it; he honors the composer's vision the same as when he plays Brahms. But Branford still sounds like himself — he's personalized the influence.

The organic sloshing together of diverse influences defines us all to some extent — we're partly what we consume. There are moments when Marsalis and Calderazzo blend their jazz and classical strains so thoroughly, you're hard-pressed to say what kind of music they're playing. Marsalis may do impressions sometimes, but he's multilingual.

This music wouldn't work without Calderazzo having his own jazz and Euro-romantic chops and perspectives to fall back on. The pianist wrote four of the mood-setting tunes. He and Marsalis have a close understanding that comes from working together for a decade in the saxophonist's quartet, but the duo lets them go places that a rollicking band doesn't. It's not that they don't crank it up a little, if only for welcome contrast. Jazz brings the mirth to the mixed program.

On soprano saxophone, Marsalis' tone can be robust and punchy as well as chamber-music tender — a good thing, as he plays the smaller horn more than tenor on Songs of Mirth and Melancholy. Far as I can tell, few people get worked up these days when American improvisers "go European" like these two. Some folks used to fret that self-conscious Europeanisms would dilute jazz's bluesy potency, just as some classical folks deplored jazz influences. But there's no need to get overprotective. Music is hardy; it doesn't bruise easy. No traditions were harmed in the making of this album.