Accessibility links
'Player One': A Winning, Geeked-Out Page-Turner Though it is set in 2044 Oklahoma, Ernest Cline's unapologetically nerdy debut novel Ready Player One takes its inspiration directly from the geek arcade culture of the 1980s.

'Player One': A Winning, Geeked-Out Page-Turner

'Player One': A Winning, Geeked-Out Page-Turner 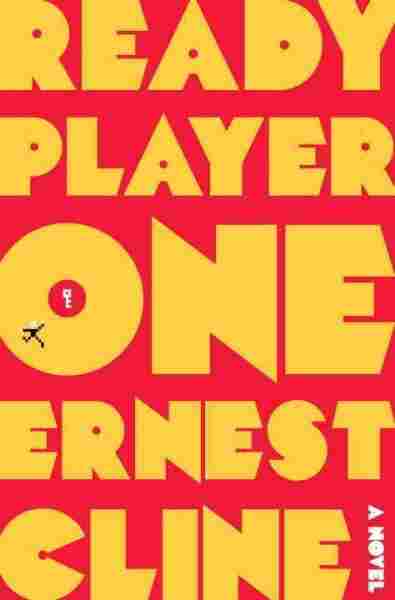 If you grew up in the 1980s and resided anywhere on the nerd-geek spectrum, all it takes is the right Rush or Genesis song to bring you back to the video arcade. This was before video games became visually stunning and able to be controlled just by waving your hand in the air. Back then, gaming consoles were behemoths with perpetually sticky buttons, and the game play usually involved some variation on moving a dot around while shooting dots at differently colored dots.

It might not sound like much, but if you're the right age, the feeling of nostalgia can be almost overwhelming. Those arcade games, and those fond memories, are the subject of Ernest Cline's unapologetically nerdy debut novel, Ready Player One. The narrative takes place 30 years into the future, but — to quote Lou Reed's song "Down at the Arcade" — "its heart's in 1984."

Set in Oklahoma in 2044, Cline's novel follows Wade Watts, a chubby, unpopular high-schooler who spends all his free time in the OASIS, a virtual-reality online game that's become something like Second Life on steroids. The country has fallen into near-total collapse, with the majority of Americans living in abject poverty and dodging violent criminals on every corner. "I never wanted to return to the real world," Wade says. "Because the real world sucked."

With no realistic prospects, many people around the globe have dedicated their lives to finding an "Easter egg" that the designer of the OASIS has embedded somewhere in the game's vast expanse. Whoever is first to solve a series of puzzles — all of which are based on geeky 1980s cultural icons like Dungeons & Dragons and the movie WarGames — will inherit the designer's enormous estate. When Wade unlocks the first puzzle, he's forced to move quickly, desperate to be the first to find the Easter egg, all the while dodging a team of murderous corporate villains. 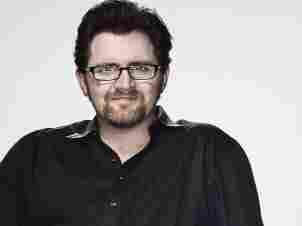 Ernie Cline is a novelist, a spoken word artist and a screenwriter. hide caption 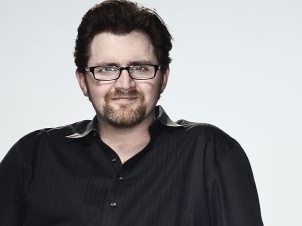 Ernie Cline is a novelist, a spoken word artist and a screenwriter.

There's no doubt that Cline had a very specific audience in mind, but don't let the 1980s-intensive subject matter put you off. Ready Player One is ridiculously fun and large-hearted, and you don't have to remember the Reagan administration to love it. (Though depending on your age, you might want to keep Wikipedia open so you can decipher the references to Oingo Boingo, Real Genius and Max Headroom.)

Cline, an Austin-based writer best known for his screenplay for the 2009 movie Fanboys, takes a far-out premise and engages the reader instantly. I never thought I could be on the edge of my seat while reading about a session of the arcade game Joust, but the author's energetic, deeply felt narrative makes it almost impossible to stop turning the pages. Cline is that rare writer who can translate his own dorky enthusiasms into prose that's both hilarious and compassionate. It's more fun than a day at the arcade — you'll wish you could make it go on and on just by inserting more quarters.

Read an excerpt of Ready Player One