Accessibility links
In Economic Slump, Race Is Only Part Of The Story Educated black men are twice as likely as their white counterparts to be unemployed. But they're not the only ones struggling. Michel Martin wonders why people ask what President Obama is doing for low income African-Americans, when other political leaders are never asked the same question regarding low-income whites, blacks, Latinos or Asians. 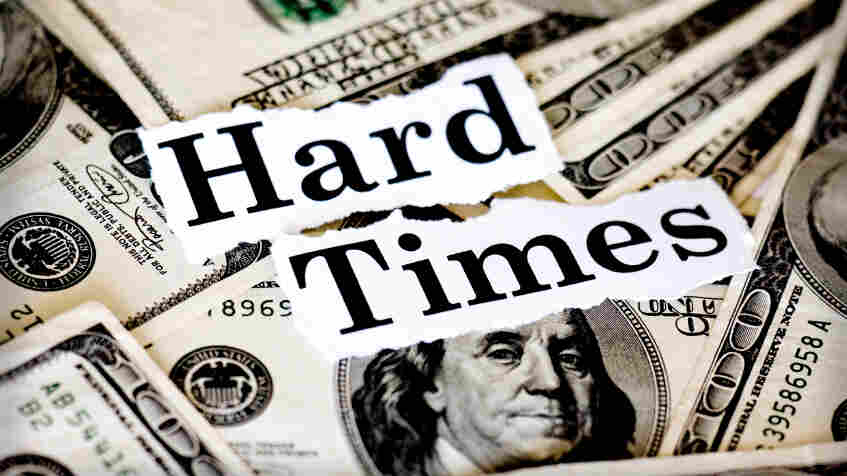 Hard times are hitting many Americans in this economy. iStockphoto.com hide caption 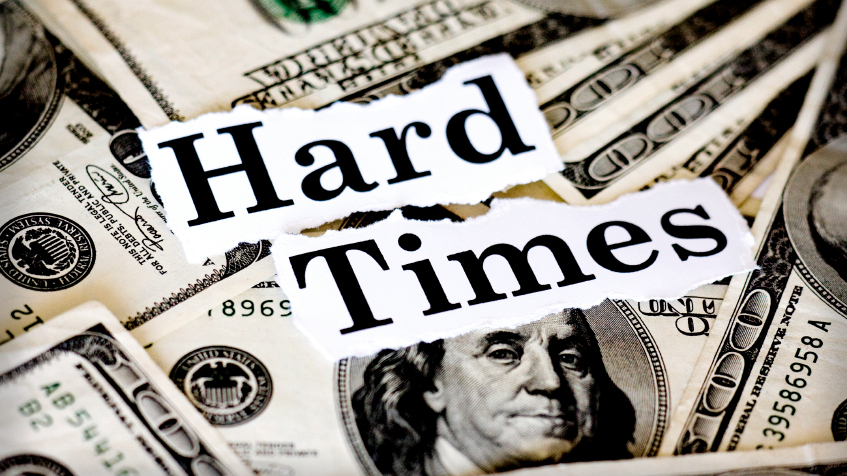 Hard times are hitting many Americans in this economy.

I was thinking about two ladies I met while on vacation these past two weeks. And yes, to the chagrin of my traveling companions, I am one of those people who strike up conversations with the person sitting at the next table at the diner or wherever.

The first lady I met was on the other side of 50 or so. She had a great hair cut, dyed a funky shade of red, and she was reading an e-book. And I met her at a coffee shop just outside D.C.

She told me she was on a break from her job at a different coffee shop. She also mentioned that earlier, she had come from a job fair for a new entertainment venue opening up nearby.

She was trying to figure out:

A) If she really had a shot at a job given her age, because everybody knows that given the choice, employers will often bypass older workers for younger ones.

B) If she did get a job, how she could make that part-time job work with the part-time job she already had. She needed a second job because she wasn't just making enough to, well, make it.

She didn't sound mad; she just sounded a little down and a little disheartened.

"It's hard out here right now," she said.

The second lady I met was a single mom of a 5-year-old. She worked at a salon in the country near where we were on vacation, one of those homey do-drop-in places like Dolly Parton would have in the movie version.

She was trying to figure out whether she should move to D.C. for better opportunities for herself and her son. She was young, and she was actually not having any trouble finding salon jobs.

But she could not, for the life of her, find a place to live that she could afford on the salary she would make starting out.

"It's tough out here right now," she said.

Is it worth pointing out that both of these ladies were white?

So when I hear people criticizing President Obama for not doing enough to help the black folks who are struggling, I find myself wondering what about these ladies. Is he not supposed to have anything to say to them?

But by the same token, I also have to wonder why it is that House Speaker John Boehner and Senate Minority Leader Mitch McConnell aren't routinely asked what they are doing to help the black folks who are struggling, as well as the Latinos, the Asians, these white ladies, and whoever else is getting a raw deal.

Can I just tell you? Everybody knows, or should know, that this recession has not affected everyone equally.

But the devastation has spread far enough and wide enough that few working people can know someone who has not been affected by it.

It's like the BP oil spill that we have all but forgotten about. It might have taken out the oysters first, but at some point, the pain spread far and wide.

Except where the global economy is concerned, there doesn't seem to be a cement plug to fix it or a cash fund big enough to make people whole.

So how should we think about it and talk about it?

We can't ignore race when you find that some groups are disproportionately vulnerable ... in the same way that when we had limited vaccine for the H1N1 virus, we tried to target it to those groups who were most likely to get it and most likely to pay a heavy price if they did.

Race is very often part of the story. But it is very rarely the whole story.

In talking to those two ladies I just met, I didn't hear them saying they wanted some black person to have less so they could have more. They just wanted to have enough.

It seems to me that this country is big enough and the suffering is widespread enough that our thinking and our language should be big enough to include all those who need help ... and all those who are in a position to lend a hand.