Accessibility links
'Color Line' Still A Potent Force In The U.S. While many hoped Barack Obama's presidency would usher in a post-racial period in America, Randall Kennedy says the reality hasn't lived up to that expectation. In The Persistence of the Color Line, Kennedy explores the racial issues still at play in the presidency and throughout the country. 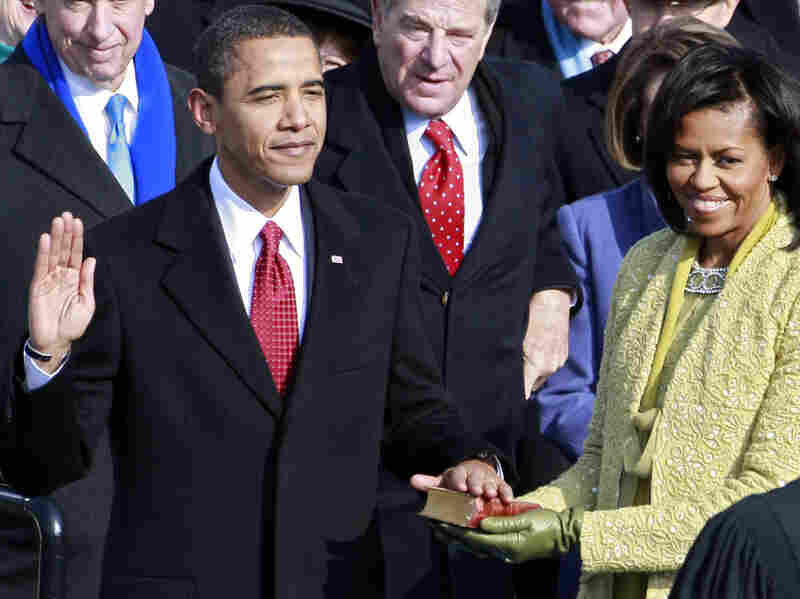 Barack Obama was sworn in as the 44th president of the United States on Jan. 20, 2009. Mark Wilson/Getty Images hide caption 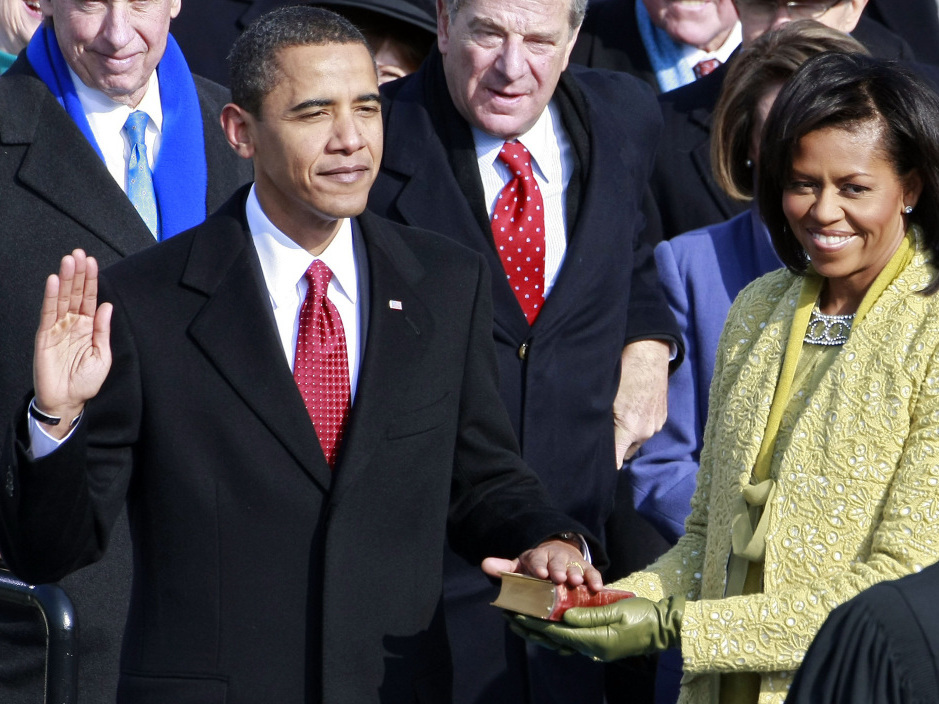 While many hoped Barack Obama's presidency would usher in a post-racial period in America, law professor Randall Kennedy says the reality hasn't lived up to that expectation. In The Persistence of the Color Line, Kennedy explores the racial issues still at play in Obama's presidency and throughout the country.

"I think that something big and bold did happen when Barack Obama was elected president of the United States," he tells NPR's Rebecca Roberts. But that doesn't mean racial prejudice has lost its sting.

"I think that there were some people who had, you know, a sort of an unrealistic view, a millenarian view, as if everything was going to be different. But racial conflict is deeply embedded in American history. And so it was unrealistic to think that one election or, frankly, even two or three or four will erase something that is so deep and that is so pervasive in American life — namely the race line." 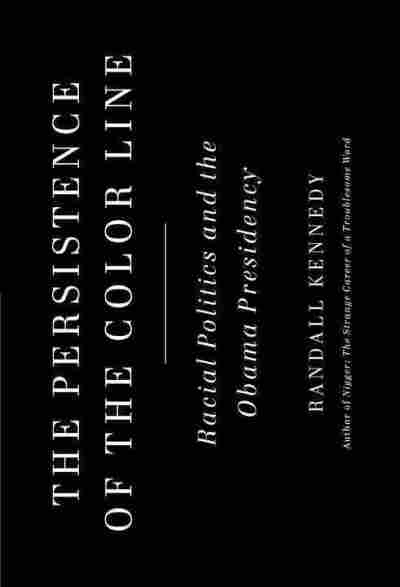 The Persistence of the Color Line

Racial Politics and the Obama Presidency

On how Obama has addressed the needs of African-Americans

"I don't think that anybody can reasonably say that he's neglected the needs of the black community. You know, the president's an important person, a powerful person, and he is certainly not above criticism. And sometimes, at least in my view, I do not think that he has pushed hard enough a progressive agenda that would be helpful to those further down on the American socioeconomic ladder.

On the challenges the U.S. must still overcome

"The fact of the matter is we still — even with Barack Obama in the White House — we still live in a pigmentocracy, and it's going to take more than having a black first family to change that state of affairs."

On the Wilder or Bradley effect — when voters say they'll vote for an African-American candidate, then don't

"Among political scientists, there's a lot of debate as to whether that actually was a true phenomenon, or whether that was ... just sort of a figment of peoples' imagination. My own sense is that there is some of that. After all, one of the great things that's happened over the past half-century or more is that racism [and] racial discrimination has been ostracized. It's not a good thing. It's not a cool thing. It's an ugly thing, and people know that.

"And even when people have biased views, they keep it to themselves or they'll cover it up. So one of the things that Barack Obama has faced is detractors, opponents, enemies who [are] opposing him, at least in part, because of his blackness, but they would never say so. So they seize upon something else. Oh, he's a Muslim. Oh, he wasn't born in this country. Those are covers, sometimes, for racial discrimination. And then, of course, sometimes it's the case that we hide our views from ourselves. We know that we're not supposed to be racially biased, and we don't want to think of ourselves as racially biased, so we tell ourselves a different story.

Read an excerpt of The Persistence of the Color Line