Accessibility links
Apple CEO Steve Jobs Stepping Down Apple's co-founder, on medical leave since January, said he could no longer do his job. The company said he will be replaced by Tim Cook, the company's chief operating officer. Jobs was elected Apple's chairman. 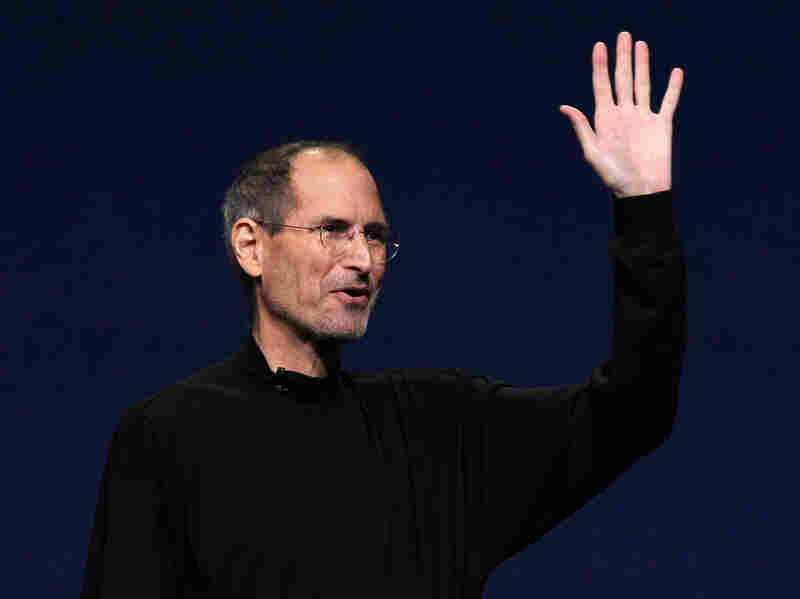 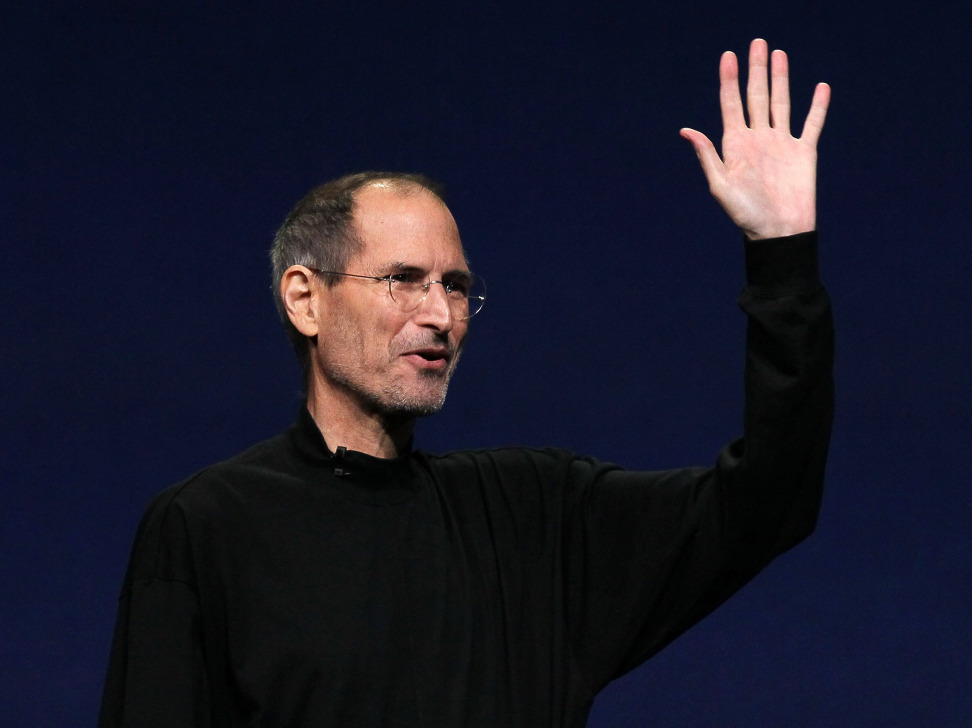 Apple said CEO Steve Jobs has resigned. He will be replaced by chief operating officer Tim Cook. Jobs has been elected Apple's chairman.

Steve Jobs, the mind behind the iPhone, iPad and other devices that turned Apple Inc. into one of the world's most powerful companies, resigned as the company's CEO on Wednesday, saying he can no longer handle the job.

The move appears to be the result of an unspecified medical condition for which he took an indefinite leave from his post in January. Apple's chief operating officer, Tim Cook, has been named CEO.

In a letter addressed to Apple's board and the "Apple community," Jobs said he "always said if there ever came a day when I could no longer meet my duties and expectations as Apple's CEO, I would be the first to let you know. Unfortunately, that day has come."

To the Apple Board of Directors and the Apple Community:

I have always said if there ever came a day when I could no longer meet my duties and expectations as Apple's CEO, I would be the first to let you know. Unfortunately, that day has come.

I hereby resign as CEO of Apple. I would like to serve, if the Board sees fit, as Chairman of the Board, director and Apple employee.

As far as my successor goes, I strongly recommend that we execute our succession plan and name Tim Cook as CEO of Apple.

I believe Apple's brightest and most innovative days are ahead of it. And I look forward to watching and contributing to its success in a new role.

I have made some of the best friends of my life at Apple, and I thank you all for the many years of being able to work alongside you.

Jobs' health has long been a concern for Apple investors who see him as an industry oracle who seems to know what consumers want long before they do. The January leave was Jobs' third medical leave over several years. He had previously survived pancreatic cancer and received a liver transplant.

The company said Jobs gave the board his resignation Wednesday and suggested Cook be named the company's new leader. Apple said Jobs was elected board chairman and Cook is becoming a member of its board.

"This is an indication that he's not in good health and he can't be as involved in the day-to-day running of the operation," NPR's Laura Sydell told Melissa Block, host of All Things Considered.

Jobs' hits seemed to grow bigger as the years went on: After the colorful iMac computer and the now-ubiquitous iPod, the iPhone redefined the category of smartphones and the iPad all but created the market for tablet computers.

His own aura seemed part of the attraction. Onstage at trade shows and company events in his uniform of jeans, sneakers and black mock turtlenecks, he'd entrance audiences with new devices, new colors, new software features, building up to a grand finale he would predictably preface by saying, "One more thing."

Jobs, 56, shepherded Apple from a two-man startup to Silicon Valley darling when the Apple II, the first computer for regular people to really catch on, sent IBM Corp. and others scrambling to get their own PCs to market.

After Apple suffered a slump in the mid-1980s, he was forced out of the company. He was CEO at Next, another computer company, and Pixar, the computer-animation company that produced Toy Story on his watch, during the 10 years before he returned and took a nearly bankrupt company and turned it into a technology and product development powerhouse.

NPR's Wendy Kaufman contributed to this report, which includes material from The Associated Press