Accessibility links
Movie Review - 'Idiot Brother' Nonetheless Has Wisdom To Impart Paul Rudd is a sweet soul ambling through a cynical world in Jesse Peretz's amusing but inconsequential comedy. Without much direction or lasting message, Our Idiot Brother is content simply to watch its increasingly frustrated characters bounce off each other for 90 minutes. 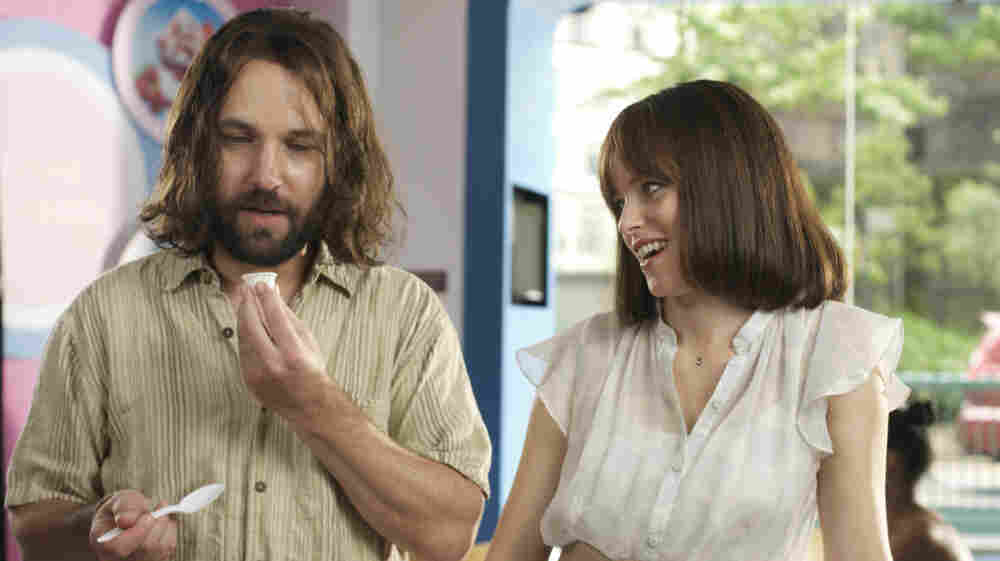 Rated R for sexual content including nudity, and for language throughout

There's no particular high-concept rationale or low-rent aesthetic to the comedy that ensues. There are laughs — quite a few, in fact — though somehow not in the sort of sequences that build on one another to achieve outright hilarity. The rhythms are gentle, the smiles plentiful, the chuckles frequent, with the overall effect about as pleasantly innocuous as the film's hero.

Rudd plays Ned, an adorably shaggy organic farmer so innately trusting and generous that in the film's opening scene, he offers a therapeutic bag of weed to a uniformed policeman who claims to be having a bad week. Released from jail a bit later, and evicted by a moody girlfriend (Kathryn Hahn) who decides to keep his dog, Ned finds himself with nowhere to go. So he drifts from one sister's home to the next, theoretically looking for work, but mostly just couch-surfing and annoying his hosts by blurting out privileged information.

It's information that he comes by honestly, being so open and guileless that folks just naturally confide in him. I'm not sure this would actually happen in real life; I suspect most people would become more guarded, not less, in the presence of someone as dorkily clueless as Ned. But the screenplay (by Evgenia Peretz and her husband, David Schisgall) sets up the notion persuasively enough, and benefits mightily from having Rudd on hand to sell it.

"I like to think if you put your trust out there," Ned explains a little too baldly in one scene, "people will rise to the occasion."

Alas, this dude has no filter: Once he knows something — and for plot purposes he ends up knowing everything — it's apt to come bubbling up at the least opportune moment to the one person who shouldn't hear it. So one sister (Mortimer) learns abruptly about her hubby's affair, while another (Deschanel) has an infidelity revealed to a lesbian partner, and a third (Banks) has both a friendship and a job upended. That each of these three is troubled in her own right allows the screenwriters and director Jesse Peretz (Evgenia's brother and former Lemonheads bassist) to turn Our Idiot Brother into an overly neat fable about sweetness battling cynicism to a draw.

There's obviously a Gump-ian aspect to this notion of a guileless soul triumphing through the sheer force of good intentions, but happily it's muted. The calorie count is lower than in that box-of-chocolates confection, innocence's social impact less all-encompassing. Forrest kept having an inadvertent influence on world-shaking events; Ned's a latter-day Candide, seeing a best-of-all-possible-worlds where those around him see a more complicated landscape, but not having any broader effect. He just ambles into family crises and makes them worse before making them better. 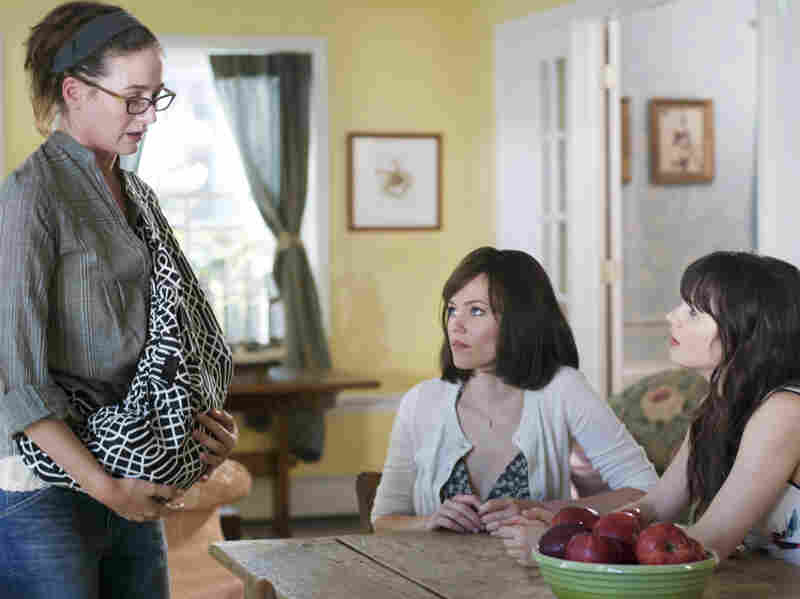 Left to right: Liz (Emily Mortimer), Miranda (Banks) and Natalie (Zooey Deschanel), Ned's put-upon sisters, are each dealing with relationship crises of their own — made worse, but then strangely helped, by Ned's arrival. Nicole Rivelli/The Weinstein Company hide caption 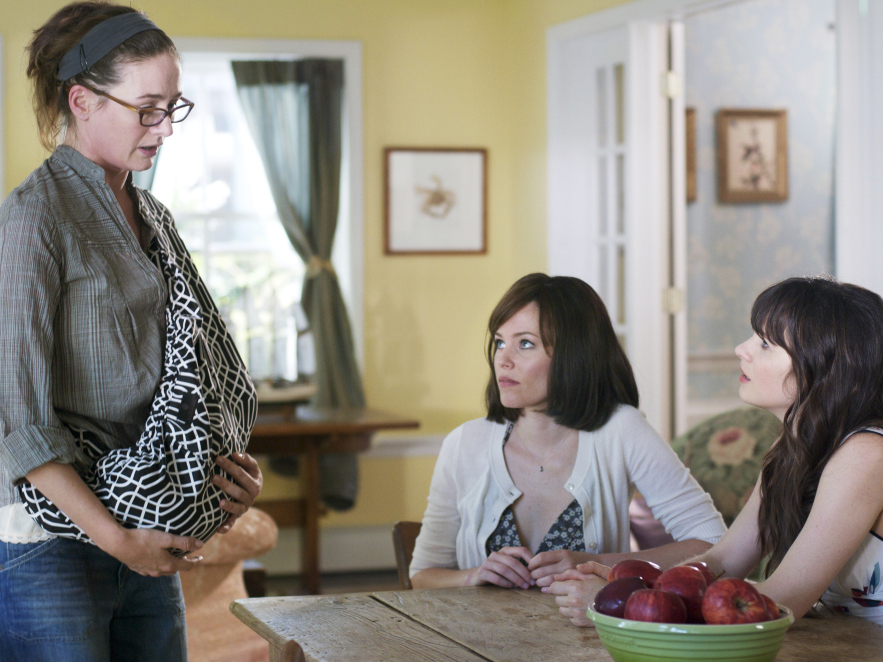 Left to right: Liz (Emily Mortimer), Miranda (Banks) and Natalie (Zooey Deschanel), Ned's put-upon sisters, are each dealing with relationship crises of their own — made worse, but then strangely helped, by Ned's arrival.

To sustain the laid-back-Ned/shrill-sisters conflict across 90 minutes, the film's women have mostly been conceived as grotesquely high-maintenance (Shirley Knight being a notable exception as the clan's tippling mom), an approach that would feel borderline misogynistic if the men fared any better. But with Steve Coogan's cartoonish sleazebag of a brother-in-law leading a parade of weirdoes (Hugh Dancy as a new-age-cult-pushing artist) and doofuses (T.J. Miller as a farmer dim enough to make Ned seem an over-achiever), Our Idiot Brother can't really be said to pursue a gender-based agenda, or any agenda at all, really, as it drifts toward a too-pat conclusion.

Still, it finds laughs along the way, most of them centered on Rudd (he's in nearly every frame), but arising from the reactions of secondary characters — say, a New York teen's astonishment when Ned (who's been unselfconsciously counting cash in a crowded subway car) hands him a thick wad of bills to hold while he cleans up a spilled drink. Rudd's demeanor is so affectless in this sort of moment that the performers around him look genuinely thunderstruck, which is not to suggest that the star is ever being less than artful. For proof, just watch him riffing through a "Who's the man?" "You're the man" "No, you're the man" pep talk with a butched-up Rashida Jones near the film's midpoint. Their exchange — plainspoken, natural, unforced — can't last 30 seconds, but it so plausibly combines well-meaning incomprehension with sublime comic timing that it plays like vintage Abbott & Costello.