Accessibility links
Walking Away From A Mixed Race Family? Fantine's light skin gets her mistaken for Algerian, Samoan and Hawaiian. It's her ticket to an independent jet-setting life. But when her godson gets in trouble, she's forced to go home. Host Michel Martin discusses Take One Candle Light A Room with author Susan Straight. 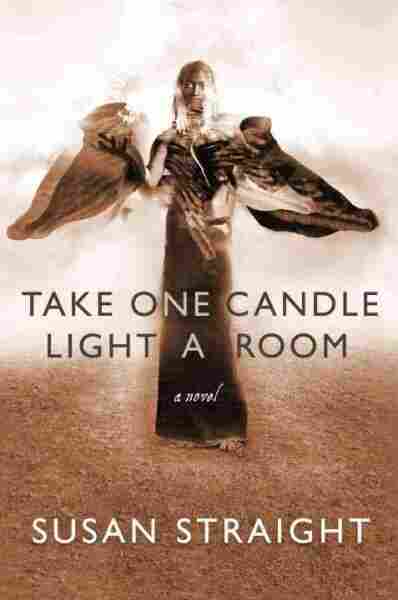 Take One Candle Light a Room

The main character Fantine grew up in a tiny rural community of mixed-race families in California. She becomes a jet-setting travel writer who creates a life far away from the drugs and violence that plague her cousins. But she's forced to go home and face her own demons when her godson gets into trouble.

In an interview with host Michel Martin, Straight says writing the opening scene was a long and difficult process. It describes a photo from 1958 of five girls preparing to hop into a truck and drive across the country.

These women have five daughters, including two who got involved with drugs and abusive men, and two who married young and bore children. Then there's Fantine. She takes off for a new life but keeps the photo to remind her of her roots.

Fantine's light skin makes her racially ambiguous. It becomes her passport to create a new identity. Straight describes the character as a modern-day version of someone who's passing. She constantly reinvents herself.

"She feels so ambiguous about coming from a rural settlement in southern California. In the end, that's been kind of her downfall because when she rejects who she is, she's really rejecting her parents; and she's rejecting her siblings," Straight says. "But she's also really lonely. I think Fantine is that kind of person that we say 'there are two kinds of people in the world – those who stay and those who leave.' And Fantine always knew she was going to leave."

The Use of Dialogue And Personal Influences

Straight says the novel's characters are all people she grew up with and listened to while growing up in Riverside, Calif. Down the street from her were families from Louisiana. The men in those homes only spoke French. 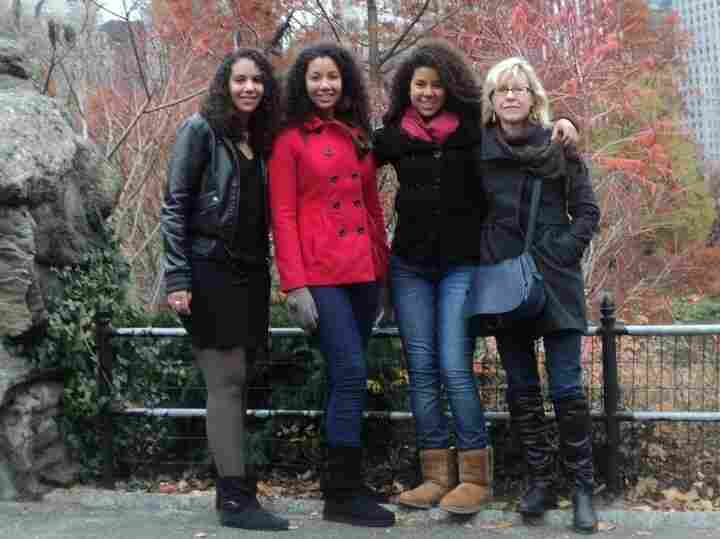 Author Susan Straight and her daughters in Central Park in November 2010. From left to right: Gaila Sims, Delphine Sims, Rosette Sims and Susan Straight. Courtesy Of The Author hide caption

toggle caption
Courtesy Of The Author 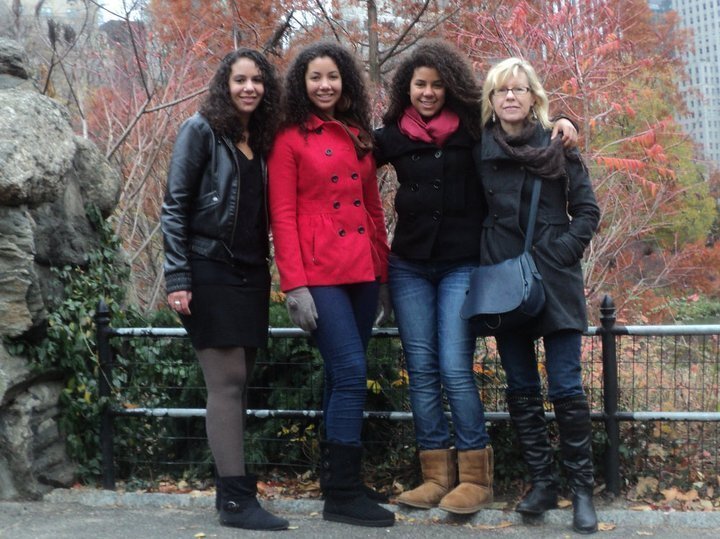 Courtesy Of The Author

In the book, Fantine's parents speak in a mix of Creole and English.

"I'm trying to make the reader feel as if he or she is right there in the conversation. I don't manipulate it too much," says Straight.

Straight still lives in Riverside, just three blocks from where she was born. She has three daughters with her ex-husband who is African-American.

"For someone like me who's lived in the same place her whole life," says Straight, "there are all these family stories and legends passed down."

She recalls a large family gathering she attended when she was 18. Someone asked how everyone got to California, and another person responded with a story of having a beautiful daughter. They heard a man was planning to "come get her" so the family packed their belongings in the middle of the night and came to stay with their cousins in the West.

Straight says a combination of that story and her own experience raising three mixed-race daughters inspired her to write this novel.

"From the time they were very small, people would comment on their hair or skin tone. I had one very chilling moment when someone said to me: 'Well that one's so pretty, she'll never have to work.' And there was this really weird sexual undertone – and she was 10," says Straight.

She says her ex-husband still feels immensely helpless to protect his daughters, though they're now grown women. She attributes that helplessness to society and how society has always perceived women who look a certain way.

Read an excerpt of Take One Candle Light a Room