Accessibility links
Can Apple Fly As High Without Steve Jobs? Experts say it's hard to pinpoint what lies ahead for Apple, now that its visionary chief has left the helm. The company's history proves it is not as successful without Steve Jobs, but it is better-positioned this time around.

Steve Jobs stepped down as Apple CEO Wednesday. And now many are left wondering what's next for the company. Paul Sakuma/AP hide caption 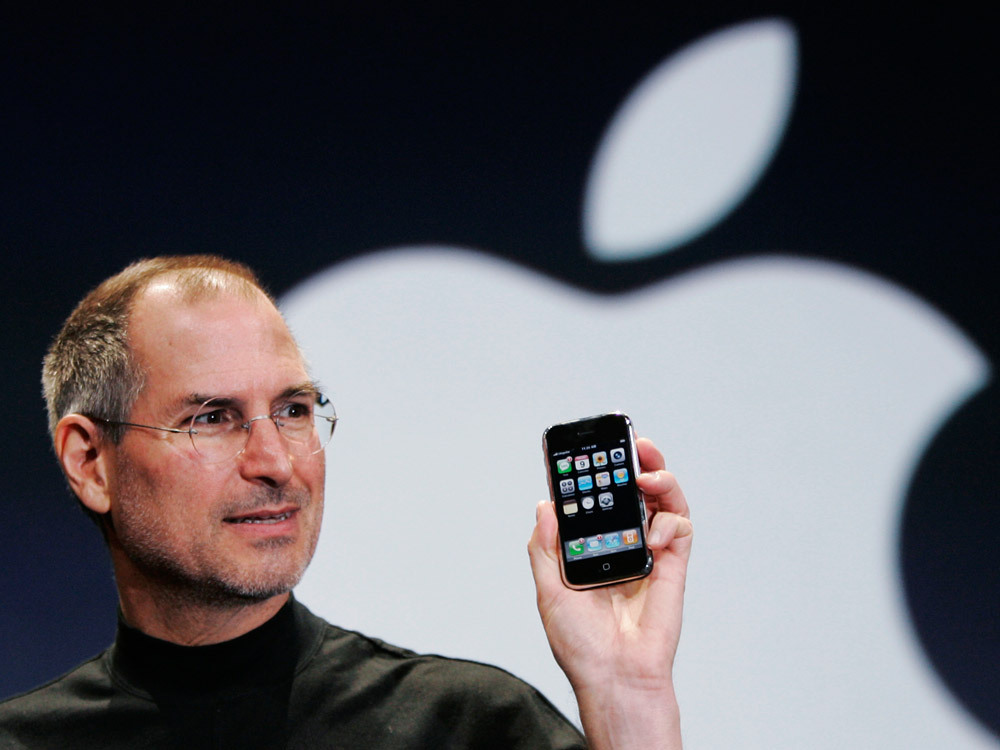 Steve Jobs stepped down as Apple CEO Wednesday. And now many are left wondering what's next for the company.

Steve Jobs' resignation from Apple Wednesday prompted all sorts of retrospectives on the man who has run the iconic company for the past 14 years.

Jobs will remain as chairman of Apple. But what's next depends on how well Apple can recover from losing the man whose identity, for so long, was tied up with the company's.

Most companies, if they're lucky, have one great idea, but what's made Apple different is its ability to stage wildly successful second, third and fourth acts

And that leads Michael Gartenberg, a director at the research firm Gartner, to believe that Apple is well-positioned to carry on.

"At the end of the day there's much more to Apple than just one person, even if that person is Steve Jobs," he says.

Gartenberg says Apple's biggest asset is its culture and its other longtime employees. Skeptics of the past doubted the company could succeed in retail, music or the phone business. But it managed to master each one and, in the process, transformed those industries.

"Perhaps Apple's, you know, greatest success has been their ability to not rest on their laurels, to not be satisfied with the status quo, but to continue to drive innovation forward," Gartenberg says.

But to anyone who suggests that Apple without Steve Jobs is still the same Apple, analyst Trip Chowdhry says, "You must be crazy."

And you often see that in political leaders or religious leaders that try to pass the torch. That intangible something that made you sit down and hang on every word is unique to them.

Chowdhry, who works for Global Equities Research, says history proves Apple isn't successful without Jobs. The company faltered after Jobs was forced out in 1985, and then flourished when he returned.

Chowdhry says Apple clearly has some talented people, but in the past they have needed a visionary to succeed. He cites a list of firms, including Palm, that were started by ex-Apple executives that eventually flopped.

"If that is not convincing," he says, "Apple's co-founder Steve Wozniak, what has he accomplished when he left Apple? The answer is very clear: Nothing."

He says this time, Jobs is leaving Apple with a detailed road map that Chowdhry estimates may help guide the company for three more years. And he compares what's left of Apple without Jobs to a bunch of preprogrammed robots carrying out those orders.

"The only thing is, they're only preprogrammed for the next couple of years," he says. "After that, what happens, you know? We don't know."

The Trouble With Passing The Torch

Rob Enderle, a longtime Silicon Valley-watcher who runs his own research firm, says it's not just that Jobs had the ability to see huge opportunities in the market that no one else saw but that he was also an incredibly feared micromanager.

Enderle says Jobs made final calls on things like whether a device should lose a standard feature to have a thinner design. And if something wasn't to his liking, he was swift and harsh in his critiques, which Enderle says could verge on cruel.

"It's not uncommon to find people in Apple who've been fired multiple times by Jobs personally," he says.

Jobs would upbraid or threaten suppliers whose products were late or defective.

"He was kind of the hit man inside Apple who you didn't want to talk to if you're either an employee or a supplier," he says.

Yet people wanted to work there because Jobs possessed an uncanny ability to see the future and channel that to the masses, Enderle says.

"And you often see that in political leaders or religious leaders that try to pass the torch," he says. "That intangible something that made you sit down and hang on every word is unique to them."

And that's why Enderle says it's hard to say what lies ahead for Apple. He says Microsoft, Intel and IBM all lost something special when they lost their charismatic leaders. He says those companies are all doing fine now, but they're just not as magical as they once were.