Accessibility links
Movie Review - 'Brighton Rock' - Written in 1938 and adapted for the screen in 1947, Graham Greene's unsettling novel has been remade as a movie once more. This time, the eerie plot is set in the swinging '60s. Bob Mondello compares the 2011 adaptation to the 1947 original to see how it holds up. 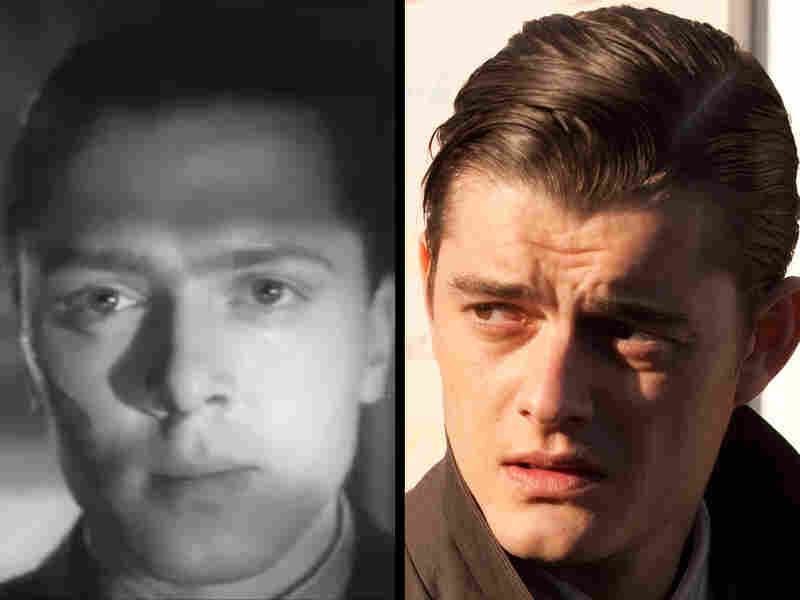 The Two Pinkies: Whether played by Richard Attenborough (left) in 1947 or Sam Riley (right) in 2011, the tough-talking psychopath rests at the depraved moral center of Brighton Rock. He's obsessed with Catholicism — not for heaven, but for hell. Warner Home Video/IFC Films hide caption 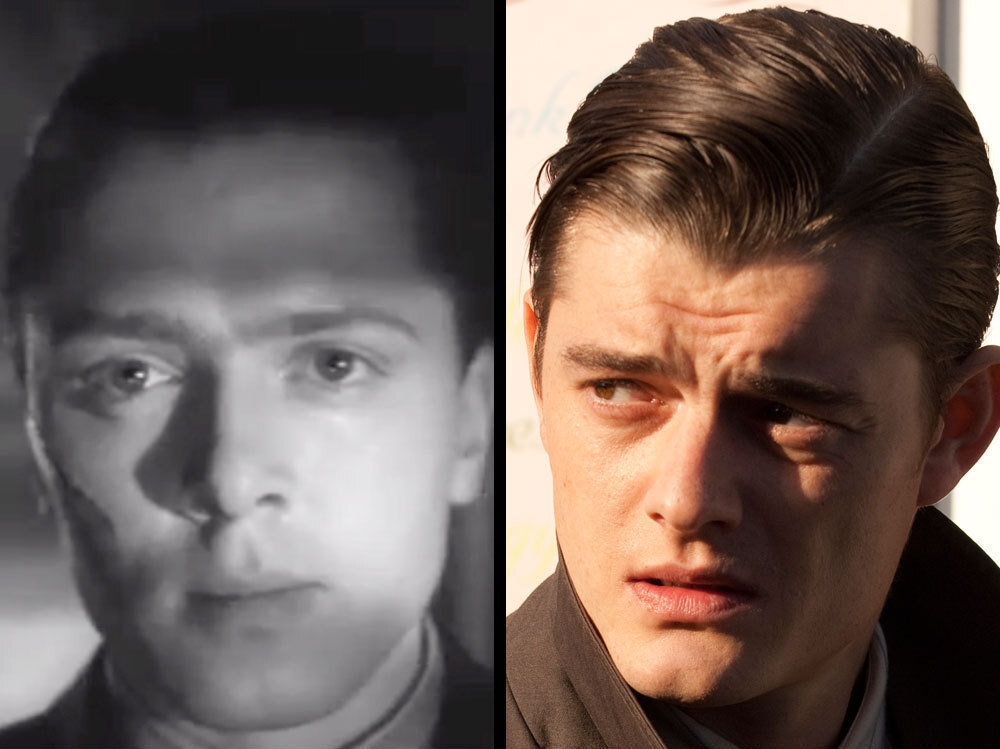 The Two Pinkies: Whether played by Richard Attenborough (left) in 1947 or Sam Riley (right) in 2011, the tough-talking psychopath rests at the depraved moral center of Brighton Rock. He's obsessed with Catholicism — not for heaven, but for hell.

We've been through a summer of movie sequels; now comes a fall of movie remakes. With Conan the Barbarian already open, there'll soon be fresh versions of Straw Dogs, The Three Musketeers and even television's Tinker Tailor Soldier Spy. This week's remake — of a British gangster film called Brighton Rock — is sufficiently reworked that it's worth looking at the old and the new, side by side.

The 1947 Brighton Rock was black and white, based on a novel by Graham Greene about characters named Pinkie Brown and Rose. Plenty colorful, in other words — fitting for a story set in a British resort town just before World War II.

Playing Pinkie, a violent 17-year-old gangster, was a baby-faced Richard Attenborough, the same guy who would later direct such emotionally resonant films as Gandhi and Cry Freedom, but who here was playing an out-and-out psychopath, chatting with his gangster buddies as he absent-mindedly yanked out a doll's hair, strand by strand.

Early on, Pinkie kills someone and spends the remainder of the film trying to cover his tracks. When he learns a pretty waitress named Rose (Carol Marsh) could incriminate him, he sweet-talks her. "I like a girl who's friendly," he tells her. "You're sensitive, like me."

So she can't be forced to testify against him, Pinkie will marry Rose, though sex repulses him — as does she, really. But with a woman's options being limited in the years before the war, audiences at the time knew she'd go along. Scripted by Greene, working in tandem with playwright Terence Rattigan, the story turns darker and gets all tied up with sin and redemption as it progresses, with both Pinkie and Rose obsessed with Catholicism, though they come at it a little differently: She prefers to think of heaven, while he puts his stake in hell.

At 92 minutes, the first Brighton Rock, directed by the Boulting brothers (identical twins John and Roy who went on to make satirical comedies in the 1950s and '60s), is snappy, well-acted and unnerving, pretty much a model gangster flick. So even all these years later, a director needs a reason to remake it. Director Rowan Joffe's found several. He shot in color instead of black and white, updated the story a few decades to the swinging '60s, and got Helen Mirren and John Hurt to take supporting roles.

Brighton Pier doesn't look all that different (though it's actually Eastbourne Pier this time) but the people sure do. The whole town is overrun by rioting teenage mods and rockers — reflecting actual events of the early '60s that caused nearly as much consternation as the recent youth rioting in London. It's an era of social and sexual upheaval, providing new reasons for Pinkie (Sam Riley) to feel insecure and giving Rose (Andrea Riseborough) more options. She could learn a trade and make her own way in the world instead of relying on Pinkie, which makes her going along with him more problematic, an issue the film tries to solve by giving Rose more determination, more spunk. At one point, Pinkie drags her furiously to the edge of a cliff, trying to frighten her. But she holds his gaze, and melts him with her trust. 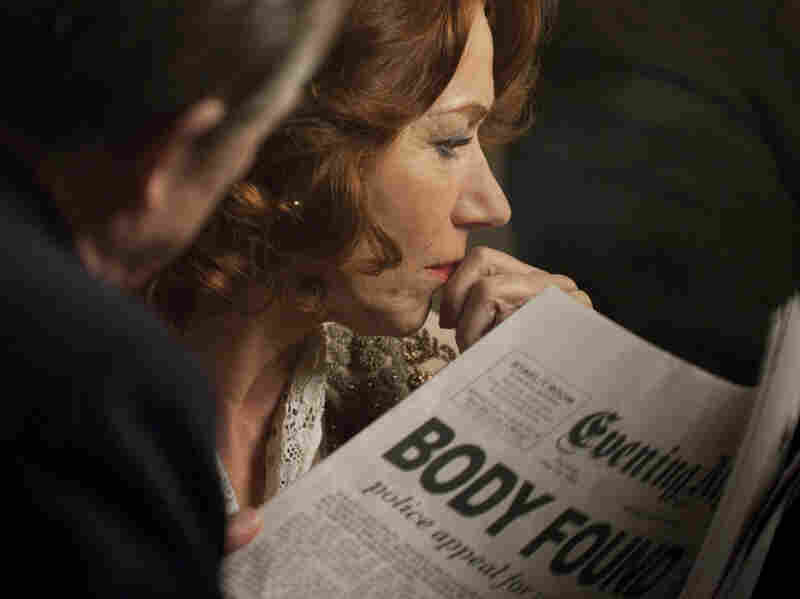 There's a lot of fancy filmmaking this time around, substituting for fancy writing the last time. Where the first film had a lawyer spouting Shakespeare, this one mostly has visual panache — crosses and crucifixes rather than dialogue about religion. You can't accuse the new Brighton Rock of being untrue to the book — it actually reinstates the novel's climax, placing violent events back atop a cliff as Greene had originally, rather than on the Brighton Pier, as he had in his screenplay.

But what audiences will remember from both pictures isn't the violence of its climax, but the gentler scene that follows — an ending that Greene invented for the first movie to end it on an eerie note. It wouldn't be fair to reveal it, but if you're new to the story or have only read the novel, it'll likely strike you — as it struck audiences then — as cruel and kind all at once: A persuasive illustration of what a character in the novel calls "the appalling strangeness of the mercy of God."