Accessibility links
Big-Box Stores' Hurricane Prep Starts Early Retailers such as Walmart and Home Depot have turned hurricane preparation into a science — one that government emergency agencies have begun to embrace. They've deployed hundreds of trucks carrying everything from plywood to Pop-Tarts to stores in the storm's path. 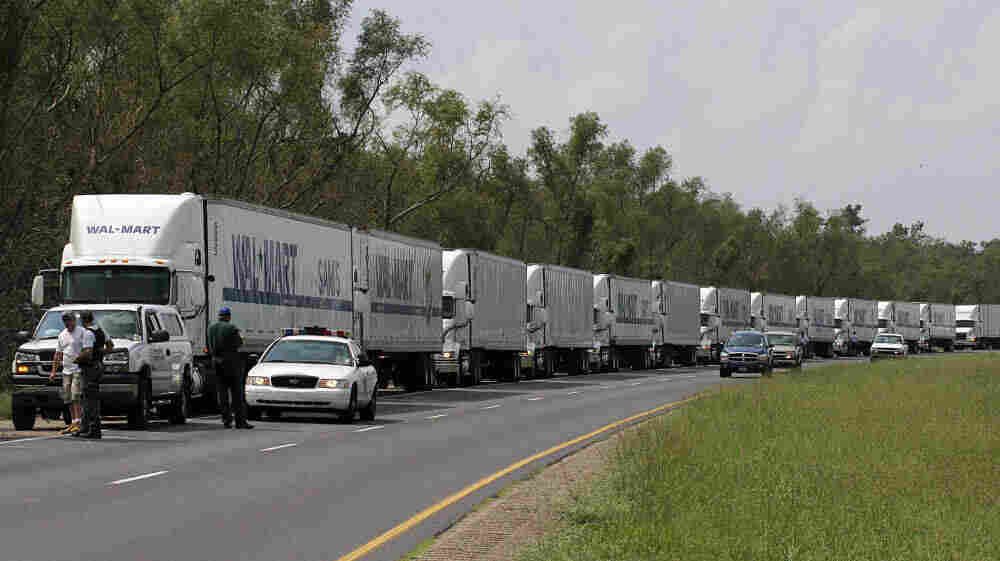 A convoy of Walmart trucks waited to enter New Orleans on Sept. 1, 2005, after the city was battered by Hurricane Katrina. Government agencies said the massive storm taught them that big-box retailers need to be an integral part of hurricane preparation and relief efforts. Nicholas Kamm/AFP/Getty Images hide caption

Forecasters don't expect Hurricane Irene to make landfall until Saturday. But for nearly a week now, big-box retailers like Walmart and Home Depot have been getting ready.

They've deployed hundreds of trucks carrying everything from plywood to Pop-Tarts to stores in the storm's path. It's all possible because these retailers have turned hurricane preparation into a science — one that government emergency agencies have begun to embrace.

At Home Depot's Hurricane Command Center in Atlanta, for example, about 100 associates have been trying to anticipate how Irene will affect its East Coast stores from the Carolinas to New York.

At times like this, the Command Center looks much like NASA Mission Control during a shuttle launch, says Russ Householder, the company's emergency-response captain.

"We've got all the key news agencies on the big screens up front," he says. "We're also monitoring our store sales so we can better be in tune to what's happening in our stores, and we're also connected live one-on-one with district managers in the impacted areas."

Those district managers have been focusing on stocking a short list of items, Householder says, including generators, chain saws, water and tarps.

Householder says those supplies are flowing to stores because of a process that began months ago, at the beginning of hurricane season.

"We take storm product, both pre- and post-strike product, we stage those in containers and we have them in our distribution centers, really ready for a driver to pull up and pick up and take them to our stores," he says.

"All stores opened up the day after the storm came through," he says. "We opened up on time and we were there, ready and waiting for our customers." 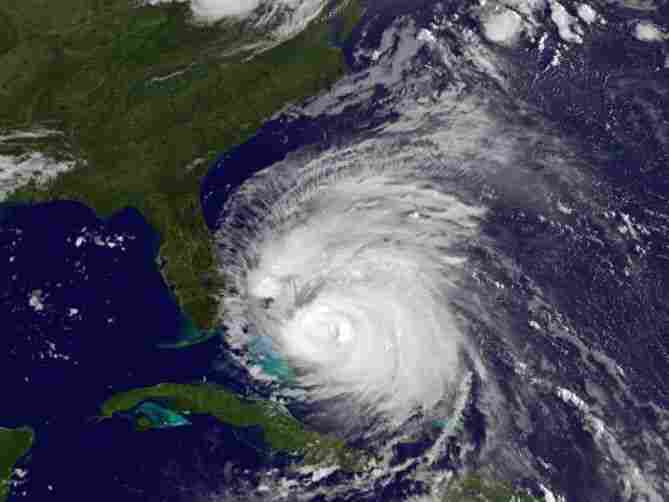 Hurricane Irene churns in the Caribbean Sea on Friday, as seen in this NASA satellite image. The storm is expected to increase in strength as it moves toward the Eastern Seaboard. NASA/Getty Images hide caption 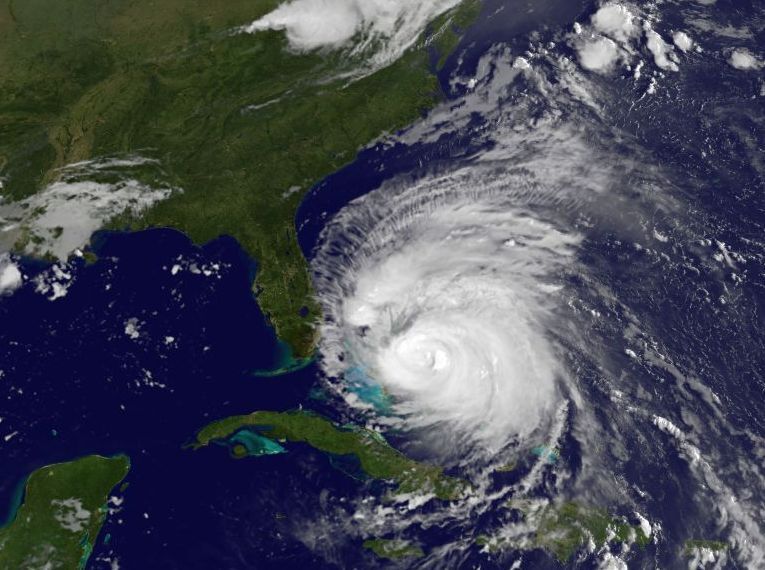 Hurricane Irene churns in the Caribbean Sea on Friday, as seen in this NASA satellite image. The storm is expected to increase in strength as it moves toward the Eastern Seaboard.

"We were there a week after the levees broke, and actually it was a Walmart that I went into to get supplies for myself after we arrived in Louisiana," Cooper says.

It was one of the few stores still operating, he says.

Walmart is able to anticipate surges in demand during emergencies by using a huge historical database of sales from each store as well as sophisticated predictive techniques, Cooper says.

He says that with Irene on the way, that system is helping them allocate things like batteries, ready-to-eat foods and cleaning supplies to areas in the storm's path.

Walmart also has the advantage of having a staff meteorologist, Cooper says.

"When those forecasts come out, it's great to have somebody in-house that can evaluate that information so that we can give real-time information to our associates, not only here at headquarters but out in the field," he says.

Walmart's preparedness system helped the company emerge as a hero after Katrina, says Steve Horwitz, an economist at St. Lawrence University in Canton, N.Y., who studied the company's response.

"They know exactly what people want after a hurricane," he says. "One of my favorite stories from Katrina is that the most popular food item after a major storm like this is strawberry Pop-Tarts."

Katrina showed that Wal-Mart was willing to let its employees improvise when they encountered something no computer could predict, Horwitz says.

In Waveland, Miss., where a Walmart was badly damaged, "they sort of pushed all this stuff into the parking lot and basically gave it away to the community," he says. "In other places, they broke into their own pharmacy to get drugs for local hospitals."

Since Katrina, the Federal Emergency Management Agency has begun studying ways to work with the private sector during emergencies. And the state of Florida has actually hired Bryan Koon, Walmart's former emergency manager, to run its Division of Emergency Management.

"What I learned at Walmart helps me here to be able to make sure that we are putting those retailers in the best possible position to be successful in a situation like this," Koon says.

If most people can get what they need from stores after a hurricane, Koon says, agencies like his can focus on the less fortunate victims.

StateImpact New Hampshire: How Did Stores Get Batteries At the Last Minute?
Irene On Track To Soak N.C., Barrel North Toward New York Aug. 26, 2011
At Wal-Mart, a Mission to Bolster Image Nov. 1, 2005
Wal-Mart Aid Outpaced Some Federal Efforts Sept. 9, 2005