Accessibility links
Two Slackers, A Roadtrip And An Alien Greg Mottola's sci-fi comedy, now out on DVD, stars Simon Pegg and Nick Frost as two guys who hit the highway after Comic-Con — and pick up an ET on the side of the road. The character-driven laughs depend on your buying into a main character who's entirely computer-generated. 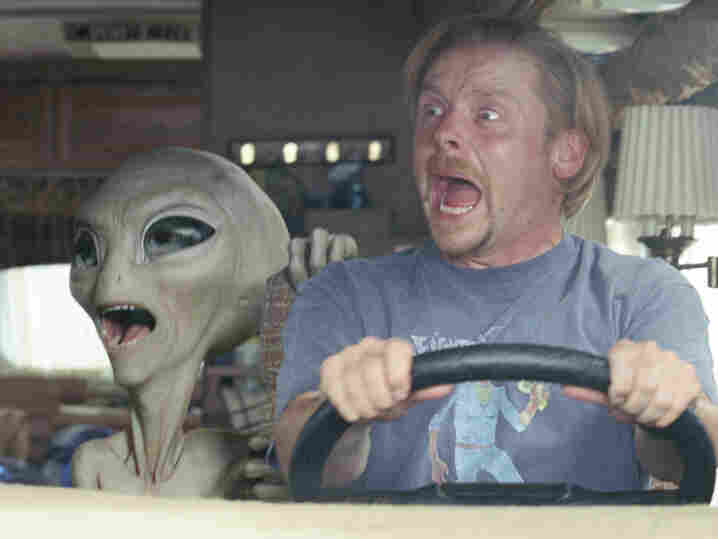 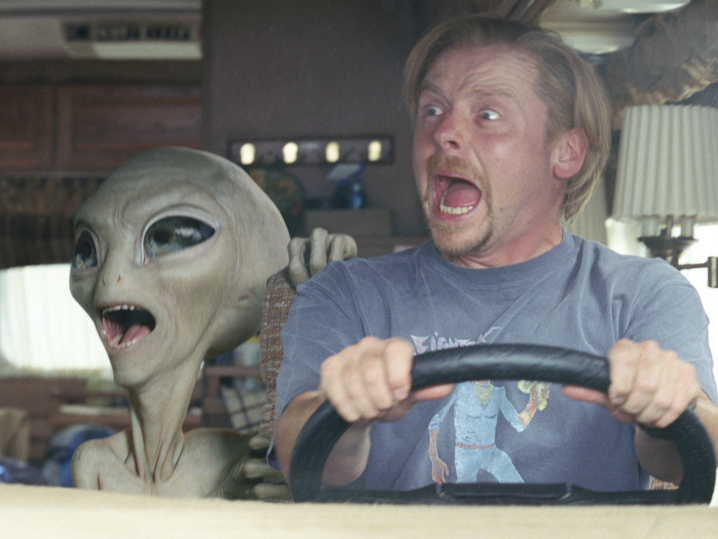 This interview was originally broadcast on March 17, 2011. Paul is now available on DVD.

Two English slackers road-trip across the U.S. with a vertically challenged alien in the new sci-fi comedy Paul — a project from director Greg Mottola , the indie-film hotshot behind Superbad and Adventureland.

Mottola says he jumped at the challenge of making a character-driven comedy with a larger budget — reportedly in the neighborhood of $40 million — and a computer-animated extraterrestrial front and center in his ensemble.

He and the film's writer-stars, Simon Pegg and Nick Frost of Shaun of the Dead and Hot Fuzz fame, wanted the animated alien to be as realistic as possible. But there was a problem: Seth Rogen, on board to provide the voice of Paul the alien, was under contract to film The Green Hornet and couldn't stay on the set to help his non-animated co-stars film their scenes.

"I knew the actors had to sell it," Mottola says. "So I went to one of the co-stars in the film, Joe Lo Truglio, and I asked him if he'd be the voice of Paul during the filming."

Lo Truglio took the job seriously, studying tapes of Rogen in rehearsal and building his own improvs off of what he'd seen Rogen do.

"Then later, in post-production, Seth re-created some of Joe's ideas and lines and improvs," Mottola says. The back-and-forth created an almost repertory-theater atmosphere on set.

"It was this strange vibe when people were trading the character back and forth," he says, "like ... where two actors play the same part on different nights of the week."

Paul, which opens March 18 across the U.S., was filmed on a tight budget by Hollywood standards. But Mottola says the film — which comes with its share of stunts and special effects — is a far cry from his early days on projects like The Daytrippers.

"This is quite different than shooting a 16mm film in 15 days," he says. "And my heroes are people like Woody Allen. I kind of thought I would work exclusively in the world of naturalistic comedy-drama. But there is this side of me that also loves Hollywood, and I wanted to see what that felt like."