Accessibility links
Female Golfing Phenom Seeks Titles, Recognition World No. 1 Yani Tseng of Taiwan has been powering and smiling her way around golf courses — and making history. She has already done something that no one who has swung a golf club has done before: At the relatively tender age of 22, Tseng has won five major championships. 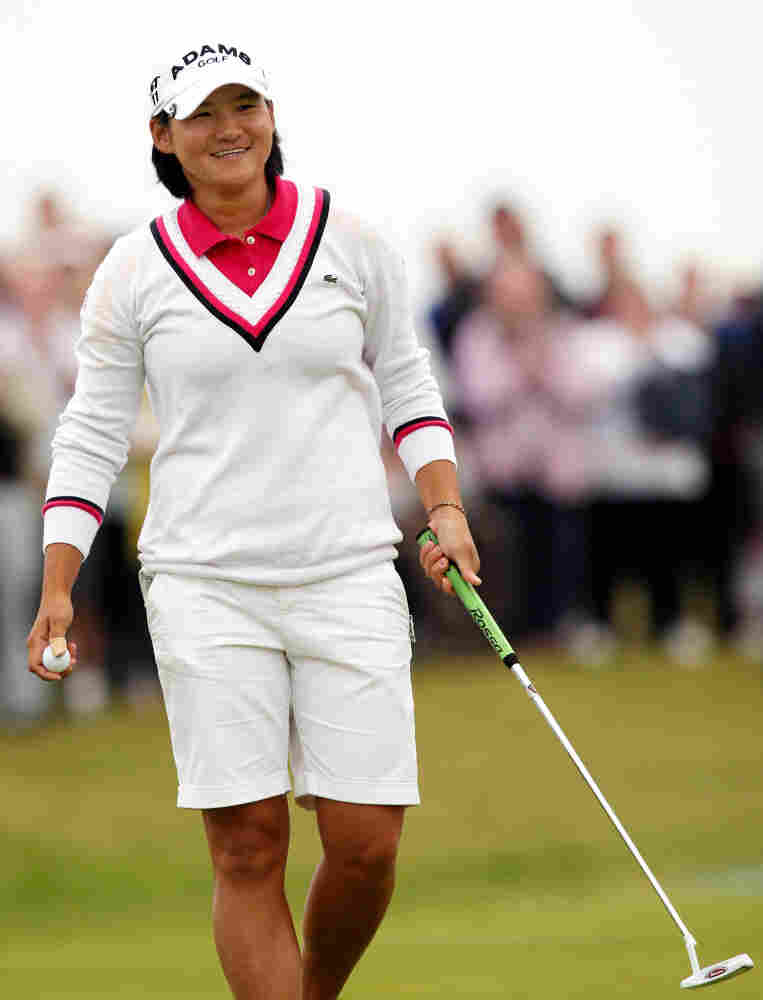 Taiwan's Yani Tseng is a big deal in Asia, but not in the U.S., despite having won five majors. She's learning English, in part to connect more with Americans and feel more comfortable on the golf course. Scott Heppell/AP hide caption 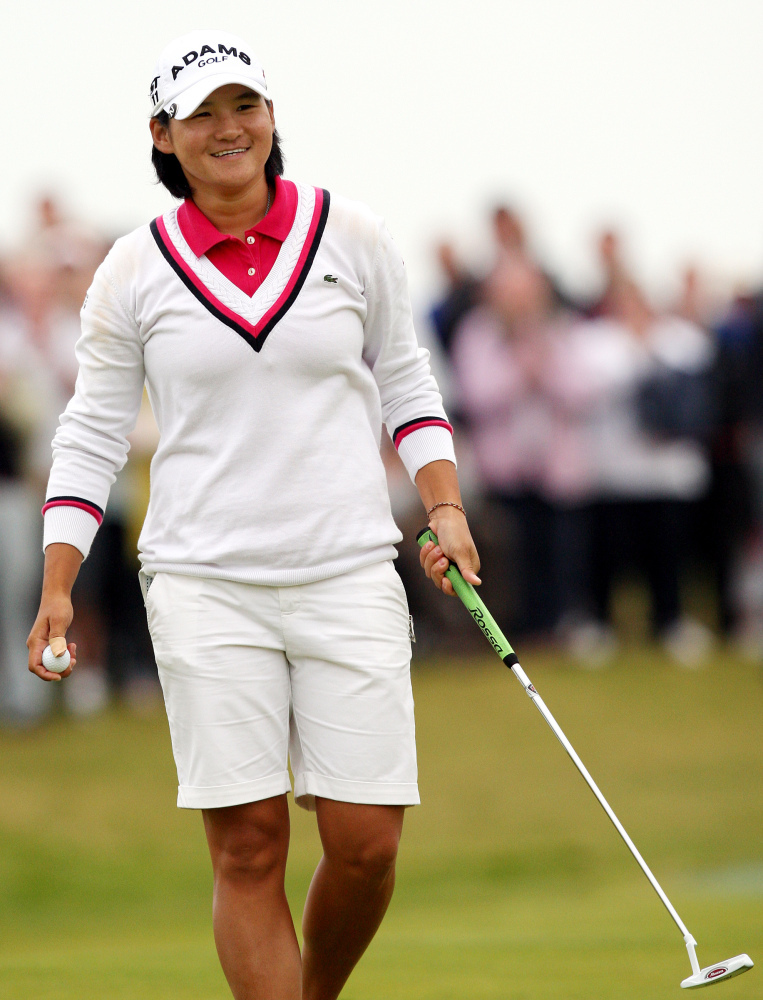 Taiwan's Yani Tseng is a big deal in Asia, but not in the U.S., despite having won five majors. She's learning English, in part to connect more with Americans and feel more comfortable on the golf course.

The world's top female golfers are battling it out in Mirabel, Quebec, this week at the Canadian Women's Open. In the field is a powerful yet little-known player: world No. 1 Yani Tseng of Taiwan.

Tseng has been powering and smiling her way around golf courses — and making history. She has already done something that no one who has swung a golf club has done before: At the relatively tender age of 22, Tseng has won five major championships.

Tiger Woods was 24 when he won his fifth major. The legendary Patty Berg, who holds the LPGA record with 15 Grand Slam titles, was 25. Hall-of-famer Annika Sorenstam was 32.

Tseng has won most of her majors just since last year. She still counts as one of her career milestones the day when, as an 11-year-old, she beat her dad, a near-scratch golfer.

Letting Go Of The Bad Stuff

At hole No. 7 during the second round of the recent Safeway Classic in Portland, Ore., Tseng drove her tee shot into the sand of a fairway bunker. From there, she hit into thick rough. The old Tseng would have walked up to her third shot with slumped shoulders and a sour face.

Instead, waiting to hit, she recognized someone in the gallery, grinned and said, "Hi!" Then Tseng hit a beautiful shot that stopped 5 feet from the hole. She sank the putt for par and fist-bumped her caddie.

The moment would have made Gary Gilchrist, her swing coach, proud. The two have worked a lot on getting Tseng to control her emotions when she hits a bad shot. She has been learning how to accept it, move on and stay focused. Gilchrist, who runs a golf academy in Florida, says the work has paid off.

"When she missed a fairway, she'd make bogey," he says. "Once she changed her attitude and body language, she started making birdies."

Support From Her Fan Base

Tseng is a golfing triple threat, with accuracy, touch and power. She drives the ball, on average, a tour-best 269 yards.

When she does, she often hears, "Go, Yani, go!!" in Mandarin. It's a reminder about her fan base. She's a big deal in Asia, especially her native Taiwan. On a trip home after she won the British Open in July, Tseng kept getting stopped on the streets. She's a household name there — but not here. It bothers her a bit.

Rory McIlroy, who is the same age as Tseng, was anointed "the next big thing" in golf after he won his first major on the men's tour this summer. The PGA is more popular than the LPGA, but still, Tseng has won five majors and hasn't gotten close to that kind of adulation.

Such is life, though, as a non-American on the U.S.-based LPGA Tour, which has struggled in recent years, losing sponsors and its two best players — Sorenstam and Lorena Ochoa — to retirement.

Reaching Out Through Language

Tseng is doing her part to connect with Americans, with her ready smile and with language.

"I don't want to be afraid to talk to people," she says, "so we have [a] conversation, and I learn some vocabulary, some grammar from you, and that's how I learn English."

A couple of years ago, as the number of top Asian players surged on the LPGA Tour, former Commissioner Carolyn Bivens proposed that athletes needed to be proficient in English or face suspension. The controversial plan died quickly.

Tseng says embracing English isn't part of any directive. Rather, she says, learning the language helps her feel comfortable and more relaxed on the golf course. It's all part of her education.

"I feel like I still have a long way to go," Tseng says. "I'm 22 now, and I need to work on lots of things and just keep learning."

Imagine the golf world when she finally figures it out.