Accessibility links
Insurers Prepare For Flood Of Claims From Irene Insurance companies are expecting to be inundated with calls from policyholders reporting damage from the hurricane. With the storm on track to hit densely populated areas where property values are high, the cost of insured losses could be in the billions.

As Hurricane Irene makes its way north, insurance companies are scrambling to get claims adjusters and other personnel in place up and down the East Coast and into New England.

Companies will be assessing the damage once Irene is through battering the northeastern states. If the hurricane hits as wide an area as is predicted, insured losses could be in the billions of dollars. 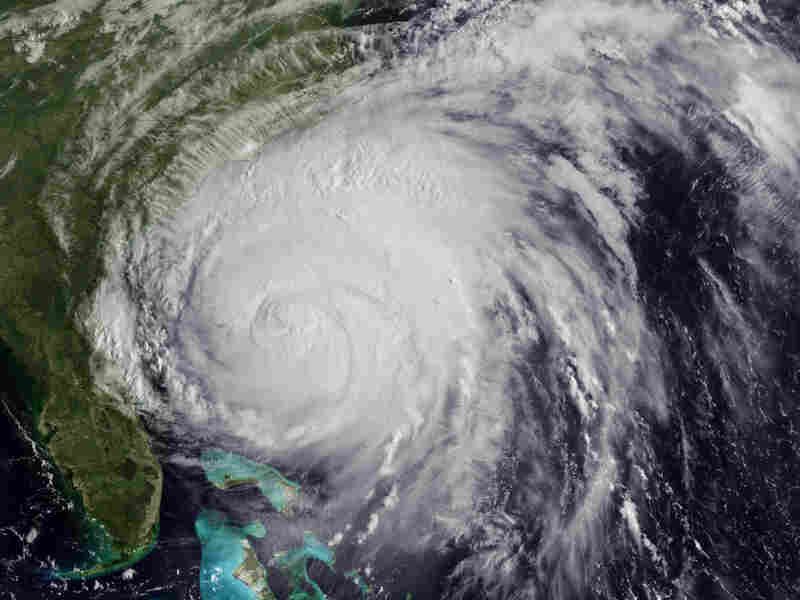 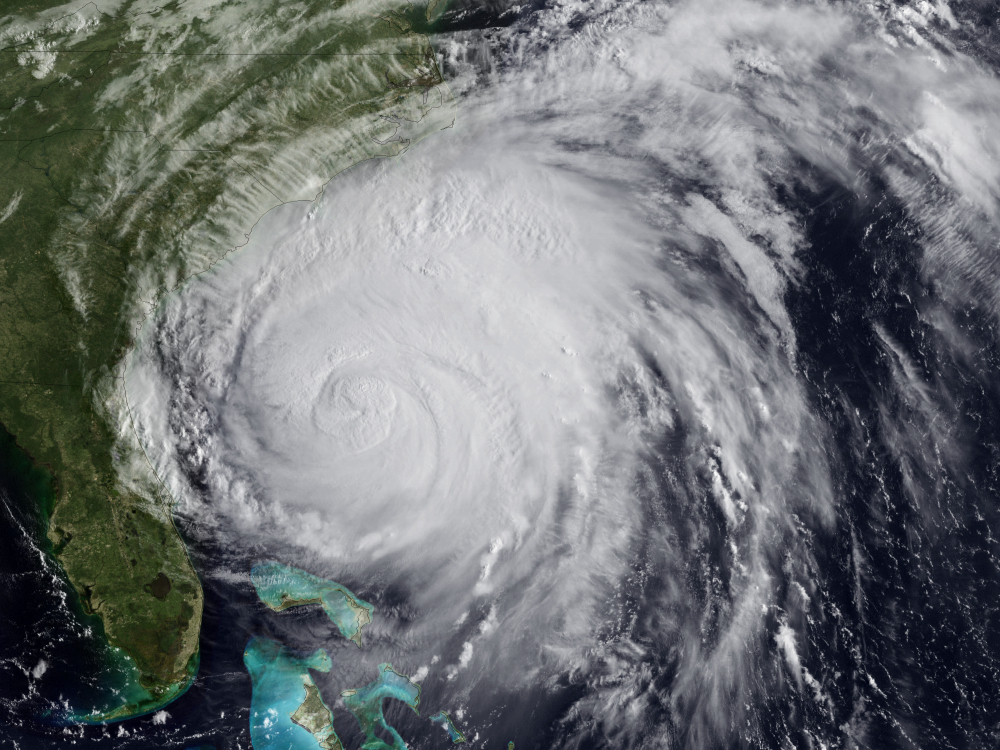 This NOAA satellite image shows Hurricane Irene as it approached the East Coast on Friday.

On the boardwalk of Ocean City, Md., Tony Russo Jr. is boarding up the windows of his family's restaurant, Tony's Pizza.

Insurers like to see policyholders doing whatever they can to minimize property damage from hurricanes. In the case of Irene, there will undoubtedly be a lot.

"We're not looking at a hurricane that is as strong as a Katrina or a Hurricane Ike," he says, "but we are looking at a storm that will move over an area that has much greater population than an area like New Orleans or South Texas."

Hartwig says that means damage to individual structures may not be as great, but there could be significant damage to millions more homes and businesses than in previous hurricanes.

In addition, Hartwig and others note that Irene is slamming into an area where residents are not used to hurricanes, so may not be as well prepared as residents of southern coastal areas.

That's made the last few days extremely hectic, says Spencer Houldin, president of Erickson Insurance, an independent agency in Washington, Conn., a heavily wooded area in the foothills of the Berkshire Mountains.

"The phone has not stopped ringing," he says.

Houldin says the main fear is that the fierce winds will topple trees and damage what he calls a fairly affluent community with large houses.

Preparing For A Hurricane

The other fear, Houldin says, is that the hurricane's heavy rains falling on the already saturated ground will fill basements and homes with water — even in places not normally prone to flooding.

Unless you live in a flood plain and are required to buy federal flood insurance, Houldin probably has bad news.

"The homeowners' policy does not cover surface water and ground water entering the dwelling," he says, "so I'm expecting a lot of phone calls from clients that have wet basements or damaged personal property or damaged finished basements."

Insurance companies have been gearing up to start processing hurricane damage claims for almost a week now.

"We've actually, over the last couple days, deployed over 1,000 people, starting with the Charlotte, N.C., area," says Mark McGillivray, senior vice president of claims for Allstate. "Then as the storm goes up the East Coast, we are basically ahead of the storm."

McGillviray says Allstate has 16 mobile claims centers — big refurbished RVs — that will roll into the most heavily damaged areas.

Other insurance companies have them, too, as well as call centers, and even smartphone apps to file claims.

Industry officials say companies have the capital to pay claims, but expect insurance rates to go up.