Accessibility links
Lawn Policy Helps El Paso Weather Drought For years, El Paso, in far West Texas, defied the look of most desert communities, boasting lush, green lawns. Then, in 1979, a study came out that showed how close El Paso was to a crisis: At its rate of water use, the city would run dry within 36 years. 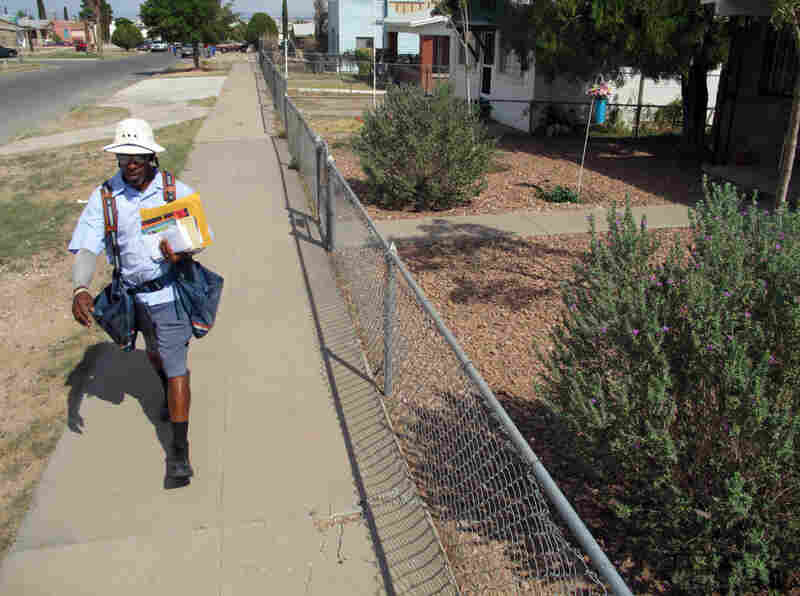 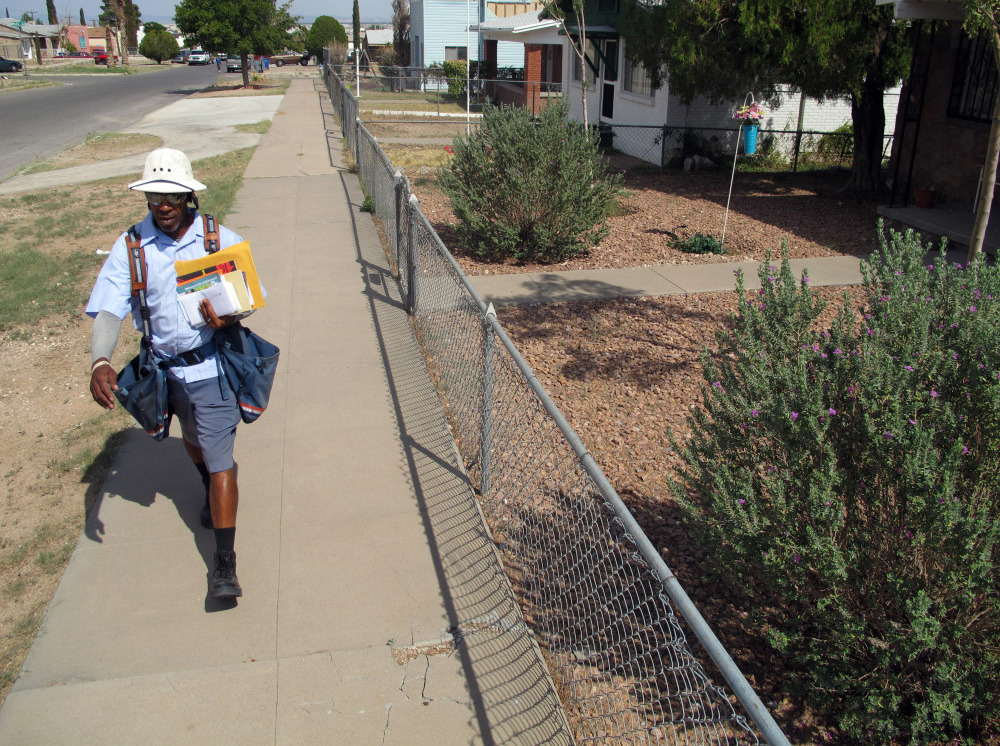 For decades, the city of El Paso, in far West Texas, defied the look of most desert communities, with neighborhoods boasting lush, green lawns and residents freely running their sprinklers.

Then a study came out in 1979 that showed just how close El Paso was to a crisis: At its rate of water use, the city would run dry within 36 years.

Over the next couple of decades, the city took drastic measures to stabilize its water supply, undergoing a philosophical and physical facelift that included ripping up grass from many public places, installing rock and cactus gardens and offering financial incentives for residents to do the same.

Today, El Paso is among the few cities in drought-stricken Texas not worrying about water. It's a distinction El Paso leaders attribute to a conservation plan that other cities in less arid climates, such as San Antonio and Austin, have tried to a limited extent amid receding water resources and booming population growth.

But even in El Paso, the changes have been a tough sell for some residents, who cherish their lawns — and have ignored financial incentives to rip them out.

"In school, when they told us to draw a house, you would always draw it with grass," said Fred Fierro, 75, who wakes up early to water his turf with his wife.

The couple moved into their Cielo Vista neighborhood home in 1964 and "fell in love with the lawns, but now it's all rocks," said Fierro's wife, Soledad, peering outside her window at her neighbors' gravel- and cactus-filled front yards, a style that now dominates the local landscape.

Over the past 20 years, El Paso has paid residents a combined $11 million — $1 per square foot — to remove their grass and replace it with gravel, cement or desert plants. The city has permanent restrictions on watering days, and it has cut water consumption by offering special shower-heads, and rebates for water-efficient toilets.

The plan helped the city avoid a water crisis that other towns across West Texas now face, including the community of Robert Lee, which is rushing to find a new water source before its faucets run dry within the next several months.

Austin offers a $20 to $30 rebate for each 100 square feet of turf removed as part of a pilot program. So far 70 residents have replaced their grass, and the plan may become permanent if the city sees enough water savings. The city also offers up to three free water-efficient toilets per household and rebates for new dishwashers.

San Antonio offers rebates and gift certificates of up to $400 to residents who choose certain grasses, reduce their turf and cut their water consumption. Only about 360 residents have taken part since the program began in 2008, and the utility estimates savings of about 1 million gallons per year. Overall, the city estimates it can save up to a billion gallons annually from all the water-saving measures combined.

Other cities, such as Houston and Dallas, have begun watering restrictions. But they don't expect to offer turf-removal incentives, despite the record-setting drought that has left parts of these normally green cities looking a little brown.

The idea of ripping out lawns would be shunned by some Dallas residents who pride themselves on pampering their grass.

"It would mean an awful lot of rock landscaping and I really don't care for that," said Ann Garman, whose well-manicured lawn was named "Yard of the Month" in her Dallas neighborhood earlier this summer. "... It would depend on how dire the need was."

Garman turns on her sprinkler three and sometimes four times a week, despite the city's request for fewer watering days.

El Paso's desert climate played a large role in its early entry into the conservation effort. The city averages less than 10 inches of rain annually, while Houston typically gets around 50 inches. San Antonio, Austin and Dallas receive around 30.

Still, El Paso's actions could be a model for other water-starved cities if the state's second worst drought in history worsens and reservoirs continue to deplete. Only 9.6 inches of rain has fallen on average across Texas this year, and forecasters predict no relief soon.

The Hueco Bolson aquifer, the city's main water source, has stabilized since the city plan was implemented in 1991, and a recent study shows El Paso will have a steady supply for at least the next century, said Ed Archuleta, president of El Paso Water Utilities.

The city's annual water consumption in 2010 had dropped by 1.6 percent since 1990, while its population increased about 36 percent. The utility says the city saved more than $460 million that would have been needed for more pumping and treatment plants to accommodate higher water use.

Many homeowners replaced their grass with xeriscaping, which incorporates gravel and rock designs with plants that are accustomed to the dry climate. Neighborhoods are now a mix of mostly xeriscaped yards and an occasional green lawn.

"It's only common sense," said Pat McCaskill, who received rebates for using a water-efficient toilet and ripping out half of her front lawn.

Officials in other Texas cities wonder if a population boom that's expected over the next several decades will force others to adopt El Paso's ways.

"In the Southwest, you're always worried about the future where water is concerned," said Charles Stringer, Dallas's assistant director for water operations. "... What happens in 2060, when our population doubles?"