Accessibility links
First Listen: Sonny Rollins, 'Road Shows, Vol. 2' What's the 80-year-old saxophone colossus up to now? You'd surely find out at one of his live shows. In a special concert captured here, Rollins joins forces with other living legends, including his first-ever performance with Ornette Coleman. 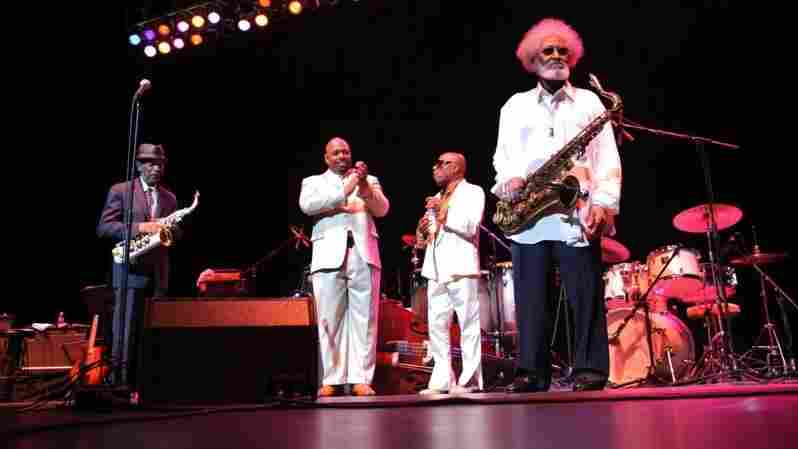 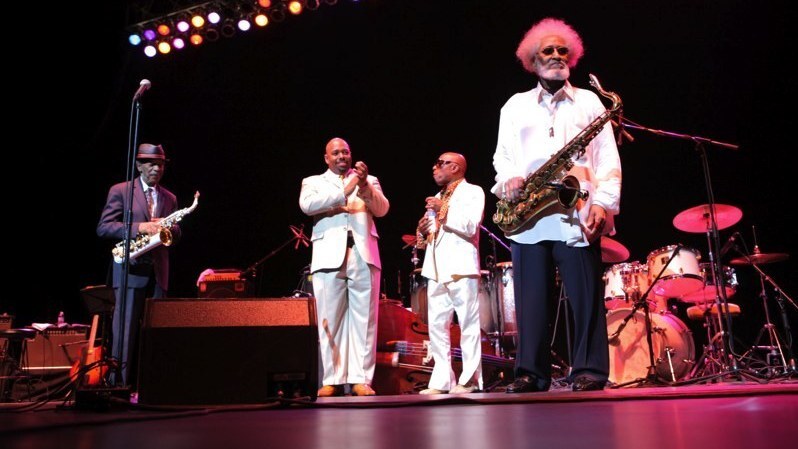 Perhaps you've heard of Sonny Rollins. You may have been told that he's the world's greatest living saxophone player, one of the few direct links jazz still has to the creatively fecund '50s. Someone may have been steered you toward his older, studio-recorded masterworks: Saxophone Colossus, or maybe The Bridge, or Way Out West, or a handful of others. If that's what you've heard, you haven't been led astray.

But it's 2011, and you might also realize that Sonny Rollins must be getting up there in years. (He turns 81 on Sept. 7.) So you may be wondering: Why do people keep talking about him? What is he up to now?

The answer is found throughout the new live recording Road Shows, Vol. 2, out Sept. 13. These days especially, the appeal of Sonny Rollins lies in the sounds, but it's also in being drawn to the rumbling engine behind them. And in this collection of live performances, recorded in 2010, a little bit of that magnetism is bottled.

This disc is book-ended by a pair of Japanese performances by Rollins' working band, but the big draws here are the tracks from his 80th-birthday concert in New York City. That's where he effusively welcomed a number of special guests: trumpeter Roy Hargrove and guitarist Jim Hall (featured in "In a Sentimental Mood," where Rollins lays out) for starters. And the pièce de résistance is the blues number "Sonnymoon for Two," played by the quartet of bassist Christian McBride, drummer (and fellow living legend/octogenarian) Roy Haynes, and — surprise! — saxophonist Ornette Coleman. Coleman, you may have also heard, is the world's other most important living saxophonist, but he and Rollins had never performed together. Nobody in the audience knew he was coming, and it's worth the entire tingly 20-plus minutes to hear how all that transpires.

See, Sonny Rollins needs to be experienced live to be believed. Sonny being Sonny, when he walks out from the wings — he's a bit hunched over now, so it's almost a waddle — he's immediately showered in warm applause, the anticipation overflowing and then relenting. For the briefest moment, there's something both regal and vulnerable about this imposingly built man, gruff-voiced and bowed by age. Then the music begins, and Rollins is immediately the commanding force, filling every row and aisle with sound. He physically manhandles his tenor sax, a seemingly inexhaustible warehouse of ideas at his disposal. Perhaps he'll stall for a second, hit an acrid note, pause — and then begin anew with a new possibility, a new variation, a new broad brush stroke. It's playful, it's intense, it's naive, it's infinitely wise. And a good approximation of that energy is heard here.