Accessibility links
'Comedy Person' Wyatt Cenac Does News For Laughs Are dogs racist? Why is TV the best roommate you'll ever have? Those are the questions Daily Show correspondent Wyatt Cenac ponders in his new comedy DVD, Wyatt Cenac: Comedy Person. 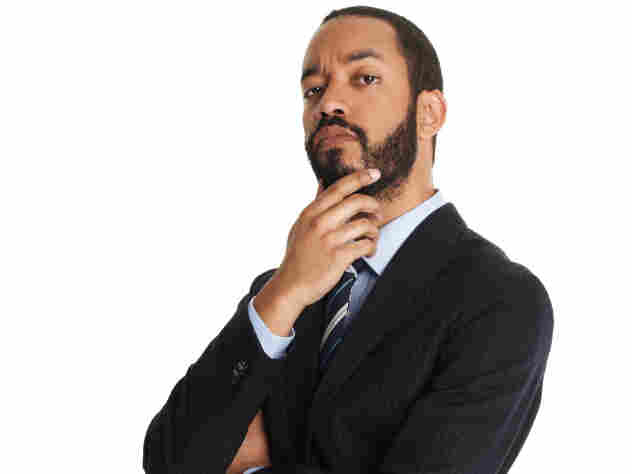 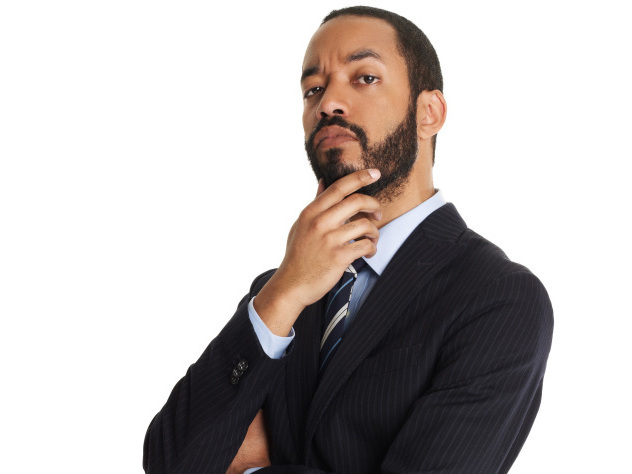 Wyatt Cenac joined the cast of The Daily Show in 2008.

Are dogs racist? Why is TV the best roommate you'll ever have? Those are some of the questions Wyatt Cenac addresses in his new DVD and CD of stand-up comedy, Wyatt Cenac: Comedy Person.

Cenac is best known for his work on Comedy Central's The Daily Show, where he goes out into the field to interview real people — and then makes them look ridiculous. In one recent story, he reported on the growing threat of importing oil from dangerous regimes — like Canada.

Cenac tells NPR's David Greene that when people recognize him at restaurants, they all usually ask the same thing: "The first question is, 'Do the people that you talk to in the field pieces ... know what you're doing?' And secondly, 'Ooh, carrot ginger soup!' "

He says that while there was once a time when interview subjects could be fooled by The Daily Show's serious-sounding name, those days are over.

"It's rare to find somebody that we interview that doesn't know what the show is," he says. "The people who I've interviewed, for the most part, they have an opinion. And they want to get their opinion out there."

Cenac first became interested in comedy as a child watching Bill Cosby on The Cosby Show. At the time, he says, he thought his interest meant he wanted to be a doctor, like Cosby's character. But it wasn't long before he found that he was really interested in Cosby's ability to make people laugh, a fascination that has had a lasting effect.

Still, Cenac hasn't completely taken after Cosby. While the legendary comic was known for leaving race out of his routines, Cenac tackles it head-on. The Daily Show sometimes introduces him as its "black correspondent," but Cenac says talking about race for him is really just a consequence of talking about life.

"A lot of the things I do deal with my race, but my race is who I am," he says. "I'm an American kid who grew up listening to predominantly hip-hop. I will talk about hip-hop as the music I grew up listening to, and I think sometimes people like to put it as, 'Oh, well, he's talking about black things.' And, yeah, they are, but that's my American identity."

'Daily Show' Star Whips Up A Food Movie — And More

Finding The Funny Amid Frustration

Much like his work on The Daily Show, Cenac's album asks the questions many would never think to ask — like, can you really rock out to public radio?

"There are certain things that you can blast through a stereo. You can blast hip-hop. You can blast heavy metal," Cenac says in his album. "You can't blast All Things Considered. Just think, I'm going to be like, 'Oh, s---! Are they talking about that new Michael Chabon book? That's my jam! Turn it up! I want to hear what they have to say about his perceptive use of metaphors!"

But the album also deals with serious issues, like the 2005 ad campaign by People for the Ethical Treatment of Animals that compared the animal rights movement to the civil rights movement.

Cenac says that in order to joke about the PETA campaign, he had to find a way to reconcile his anger about such comparisons with the fact that he wants to make people laugh. The resulting joke is both poignant and funny:

There's a picture of a slave. And he's in shackles and he's got whip marks all up and down, and it's really brutal. And then next to it is a picture of an elephant at the circus. He's got a little shackle around his foot, presumably so he doesn't get into the peanuts, but not because freedom's gonna turn him into some sort of George Washington Ba-Barver.