Accessibility links
New Republic: Raise Those Taxes, Spend That Money What's going to fix the economy? Raising taxes or spending money? Here's a crazy idea: Why don't we do both? Robert Shiller of The New Republic argues that the taboo idea of tax-and-spend isn't such a crazy idea, and it could, in fact, fix the current economic crisis. 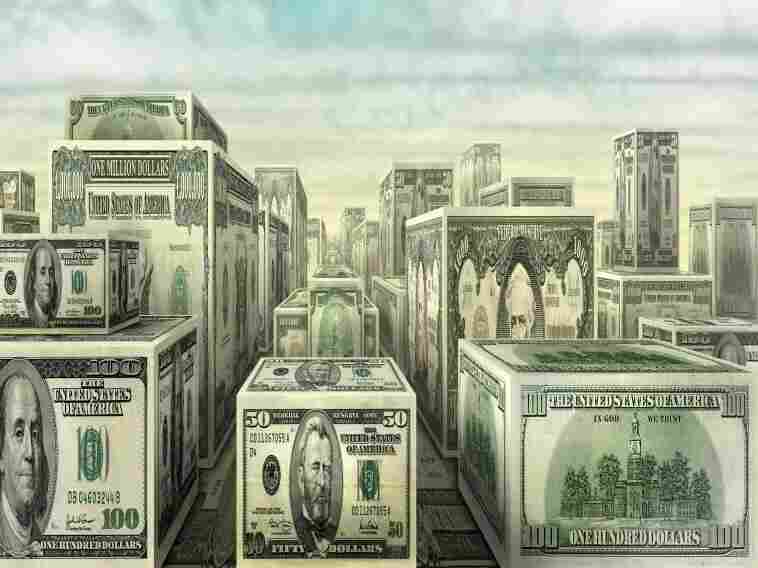 There are many theories on how to address the economic problems in the United States and some suggest that combining the raising of taxes with increased spending is the way to go. iStockphoto.com hide caption 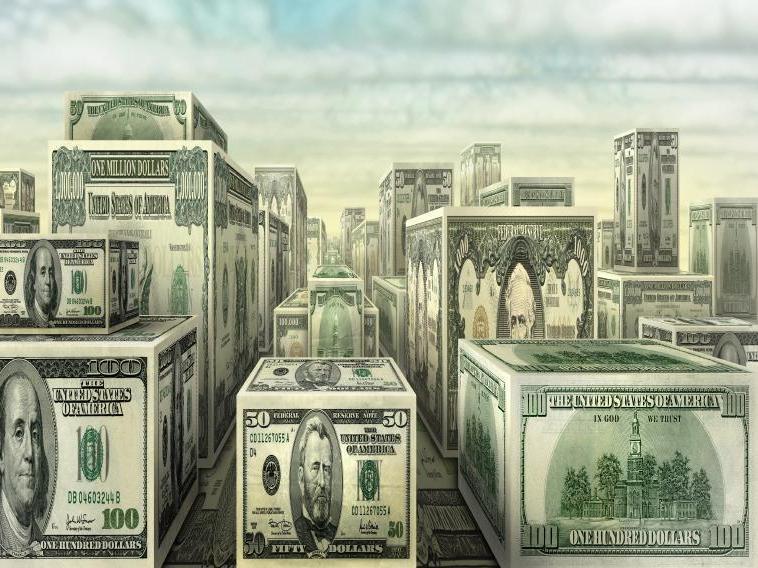 There are many theories on how to address the economic problems in the United States and some suggest that combining the raising of taxes with increased spending is the way to go.

Robert Shiller, a professor of economics at Yale University, is the co-author, with George Akerlof, of Animal Spirits.

There are two facts about our current economic situation that can no longer be denied: Our economy is in desperate need of government stimulus, and our political system won't abide any increase in our national deficit.

Taken together, the two points seem to bode poorly for the United States. But we shouldn't be too quick to assume a contradiction. Just because stimulus has traditionally been understood as a function of deficit-spending doesn't mean that's how it has to work.

Read Another Opinion On The Economy From The Weekly Standard

We first have to come to grips with the fact that we need stimulus because we're facing a problem of inadequate aggregate demand, a concept that we owe to the work of John Maynard Keynes. Keynes pointed out that a national economy can get stuck in a bad equilibrium — as it had in the Great Depression in 1930 — where unemployed people really wish to supply their labor to some employer, but employers won't hire them because they don't think that the extra product they would make could be sold. Why not? Because of all the unemployed people trying unsuccessfully to supply their labor who can't afford to buy anything. And why aren't they working? Because no one will hire them.

That sounds circular, but that was exactly Keynes' point. The whole depression situation is just an absurd circularity that we get stuck in from time to time, and can stay stuck in for a very long time. The core idea of Keynes' theory is that there's no fundamental reason to be in such a weak economy except the fact that we're in it.

The problem is essentially one of communication: Somehow the unemployed have to communicate — not just in words but in the marketplace — their desire both to supply their labor and also to buy the excess of goods they would produce with the income from that labor. Part of Keynes' idea, not always explained in the subsequent discussions of the theory, is that what has to be communicated is not any objective facts or information, but an intuition — a sense of confidence, a sense that the worst is over, a sense that the people's animal spirits are back. If we think confidence is returning, then confidence will return.

The medium through which that communication largely needs to occur is collective action. We need to assert as a nation our will to get out of the bad equilibrium and get moving. And the way to do that is through government stimulus: We need to increase government expenditure for as long as it takes to break out of our rut. And there's no use denying that those government expenditures will need to increase substantially in order to reduce the unemployment rate measurably.

That brings us to a critical fallacy that has crept into our thinking: We have become habituated to the idea that Keynesian fiscal stimulus has to take the form of deficit spending. After a credit downgrade by S&P, there's a strong argument to make that the U.S. government is in no position to make a massive further increase in the national debt — but that's not an argument against stimulus as such. The fallacy is to think that stimulus necessarily needs to run up the national debt.

In reality, stimulus can easily take a balanced budget form: The government can simply raise taxes and raise expenditures by the same amount. The idea that balanced budget increases could save an economy stuck in a bad equilibrium goes back to the work of economists Walter Salant and Paul Samuelson in the 1940s, and it's been taught in introductory economics courses ever since, though somehow it has been absent from public discussion of the current economic situation. Salant and Samuelson argued that in a very weak economy the balanced budget expenditure increases would translate into a one-for-one increase in national income.

In fact, the returns on a balanced budget stimulus are likely to be even greater than that. If the government raises taxes to hire the unemployed, then the unemployed who now get jobs will likely quickly spend all the money they earn on new consumption, since they have been strapped and now have jobs. The currently employed, who will see their taxes go up, will likely not cut their expenditures as much because they are habituated to their current level of consumption. And it is unlikely that a balanced budget stimulus would "crowd out" private expenditures on goods and services by pushing up interest rates. The Fed has already committed itself to keeping interest rates at zero until 2013.

The big problem with balanced budget stimulus is political, namely that there is a huge opposition to tax increases right now, primarily among Republicans. But their resistance might be softened if they were made aware that a balanced-budget stimulus would not lower average after-tax income: Every dollar of increased taxes could go toward giving someone extra income. (Though it's true that the people who would see their taxes increased the most are not likely to be the same people who would see their income increased.) Moreover, any public concerns about the high national debt should easily be allayed by the balanced budget stimulus, as it would probably lower the debt to GDP ratio by raising the denominator (GDP) without increasing the numerator (debt).

The balanced budget stimulus could also be designed in such a way as to avoid substantially increasing the size of the government. People often seem to think that government expenditures on stimulus means hiring people to sit at a desk at a government agency, or to clean up trash in the local national park. But that is not at all the way it has to be.

In enacting the stimulus, we could take as our model the National Science Foundation, through which the federal government sponsors scientific research. The government does not hire scientists directly through the NSF. Instead, it makes grants to individual scientists in universities and research facilities. The choice of who gets what grants are largely made by panels of non-government scientists who are called in to help the NSF evaluate the grant proposals. Those procedures could easily be extended beyond scientific research to other industrial areas.

Ultimately, if we did enact a balanced budget stimulus, we would still face the problem of how to find suitable projects to spend government money on. Designing and vetting projects takes time: A single construction project can demand years of planning and permitting. So the first step should be to immediately get going on the planning, even before we've gotten the resolve to do any additional stimulus.

(My colleague Martin Shubik, now an emeritus professor of economics at Yale, has proposed a sustainable solution to this latter problem — namely, a Federal Employment Reserve Authority, a permanent new government agency that would continually be in the business of creating a list of public works projects that are ready to go should there ever be a steep economic downturn. It would resemble a federal agency created in 1941, the Public Work Reserve, which was created to address the risk that the U.S. economy might fall into depression again after the economic stimulus of wartime spending was over.)

The essential idea, again, would be to raise taxes and raise expenditures, simply for the duration necessary to push us out of our current bad equilibrium. For plenty of policymakers, the phrase "tax-and-spend" has become a four-letter word, but it might just offer the optimal solution to our present crisis.