Accessibility links
The Radio Piece That Wasn't: A Lament In Weather-Based Musicals Bob Mondello didn't do a radio piece this weekend about Broadway closing down to avoid Hurricane Irene. But if he had, he can tell you what it would have been like.

The Radio Piece That Wasn't: A Lament In Weather-Based Musicals

The Radio Piece That Wasn't: A Lament In Weather-Based Musicals 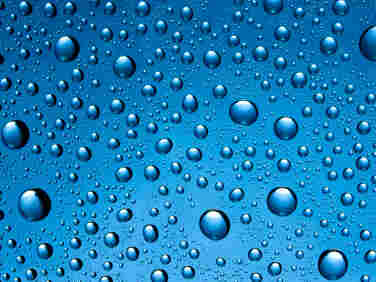 Some ideas need to see the light of day, no matter what it takes.

On Saturday morning, there was an announcement that all Broadway and off-Broadway shows were being cancelled for the weekend because of Hurricane Irene. In response, I envisioned a radio piece. It didn't run this weekend, because by the time I would have been able to get it on-air, people had died and there were floods and billions of dollars worth of damage, so my producers figured it would seem tonally wrong. (And they were right.)

But I liked the idea enough that I've been walking around telling it to anyone who looks old enough to know who Debbie Reynolds is, or to recognize the songs. So I share it here with you.

The first thing you hear is "Soon It's Gonna Rain" from The Fantasticks, because it hasn't actually started to rain in New York City yet.

The host delivers the news that, for the first time in forever, the show will not go on this weekend. They turn it over to me, and I find the most graceful way possible to segue through a few Broadway showtunes:

"The Rain in Spain," from My Fair Lady
"It's Raining on Prom Night" from Grease
"Don't Rain on My Parade" from Funny Girl
"Come Rain or Come Shine" from St. Louis Woman
"It's Raining Men" from Priscilla, Queen of the Desert (currently on Broadway)
"Stormy Weather" from Lena Horne's show The Lady and Her Music
"Singin' in the Rain" from ... well, not from Gene Kelly, but from whomever was in the musical based on the film
"It's Raining in My Heart" from Dames at Sea
"The Rain Song" from 110 in the Shade (based on The Rainmaker) (which is about a guy who says he can conjure rain during a drought)

And then the piece ends with "I'm Always Chasing Rainbows."

Not any of the versions you hear most often, but the one sung by Debbie Reynolds.