Accessibility links
Moscow, In A Time Of Fear Young novelist Tom Rob Smith captures the oppressive atmosphere of the former Soviet Union even though he was just a child when the Communist nation broke apart. 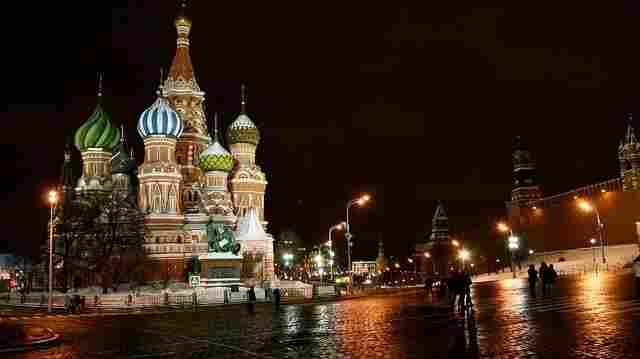 Remembering Russia's Dark Past: Tom Rob Smith's crime novels follow Soviet security agent Leo Demidov through 1950s Moscow, when Josef Stalin ruled the Kremlin and simply associating with the wrong people could land you in jail. And all that Malarkey via Flickr hide caption

The novels of Tom Rob Smith are set mostly in the Soviet Union of the 1950s, a time and a place where oppression was palpable and any wrong move could get a person sent to a prison thousands of miles away.

Smith's first thriller, Child 44, was the story of a Soviet security agent whose job was to spy on fellow citizens. While many authors are virtual tour guides in the places where they set their novels, Smith had actually only been to Moscow once before — in 1997, on a high school trip.

But the two of us recently toured Moscow together, talking about a city that has changed dramatically. We walked through the Hermitage Gardens, by a cotton candy store, one of the city's many spacious parks. 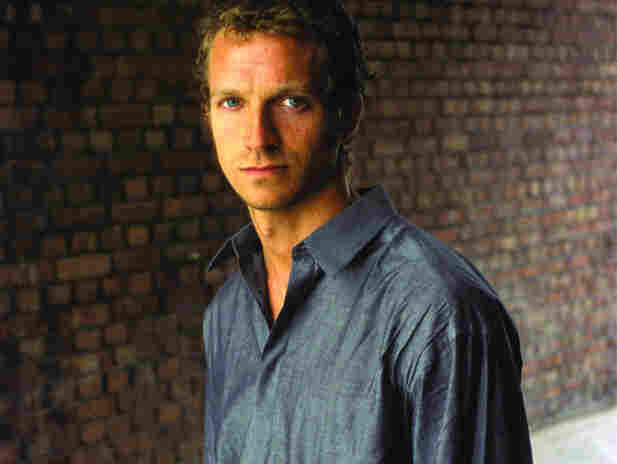 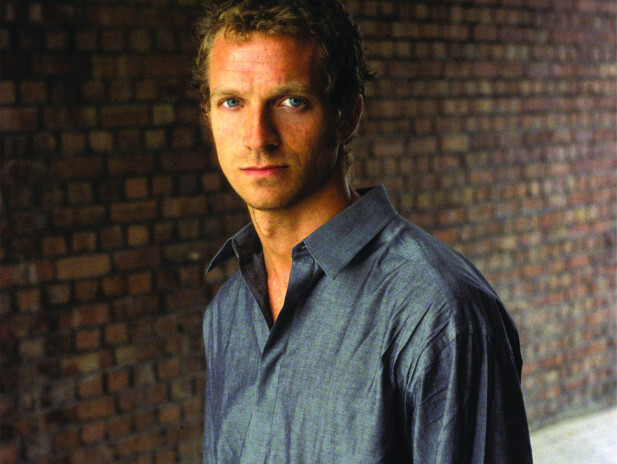 Author and screenwriter Tom Rob Smith graduated from the University of Cambridge in 2001.

"You know, when I drove in from the airport, past one of the parks, there was a real sense of people enjoying the sun. Very beautiful, quite big, very green," says Smith, who is British. "That must have been the relief, I think, from the claustrophobia. It's why I don't have any scenes in parks."

Smith doesn't want you to relax. Fear makes you keep turning the pages. We follow his protagonist, government agent Leo Demidov, into the darkest corners of the Soviet Union — the gulags, torture chambers, and the underground subway.

"A gust of warm air blew down the crowded platform," Smith wrote in Child 44. "The train was approaching. As everyone turned to watch, Leo caught sight of a man looking in the opposite direction, away from the oncoming train, directly at him. Leo had never seen him before, but he knew immediately this man was a fellow chekist, a state security operative."

To capture details like that warm rush of air, the 31-year-old Smith, who lives in London, undertook a tremendous amount of research. Amazingly, his portrayal of Moscow life came from reading. He did visit other locations to write the novels, but not Moscow. And while he doesn't advise novelists to do it this way, he says spending too much time researching a place can distract a writer from his plot.

"You take such copious notes. You take an enormous amount of detail; you video it, you photograph it," he says. But, he added, "you get back to your desk and you're like — I got all this information, I know exactly what everything looks like. And you pile it all in. Then you cut it all out because you really have to follow the story." 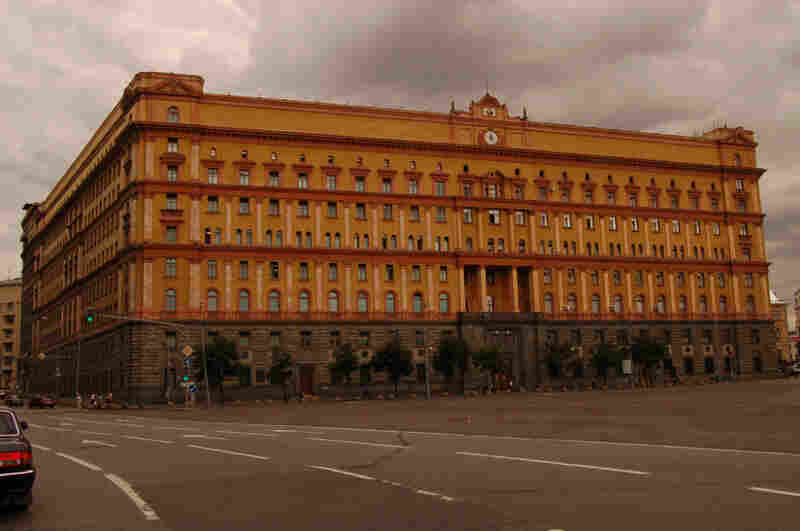 The Lubyanka building once served as headquarters for Russia's former intelligence agency, known in Smith's books — and until 1953 — as the MGB. Maarten Dirske via Flickr hide caption 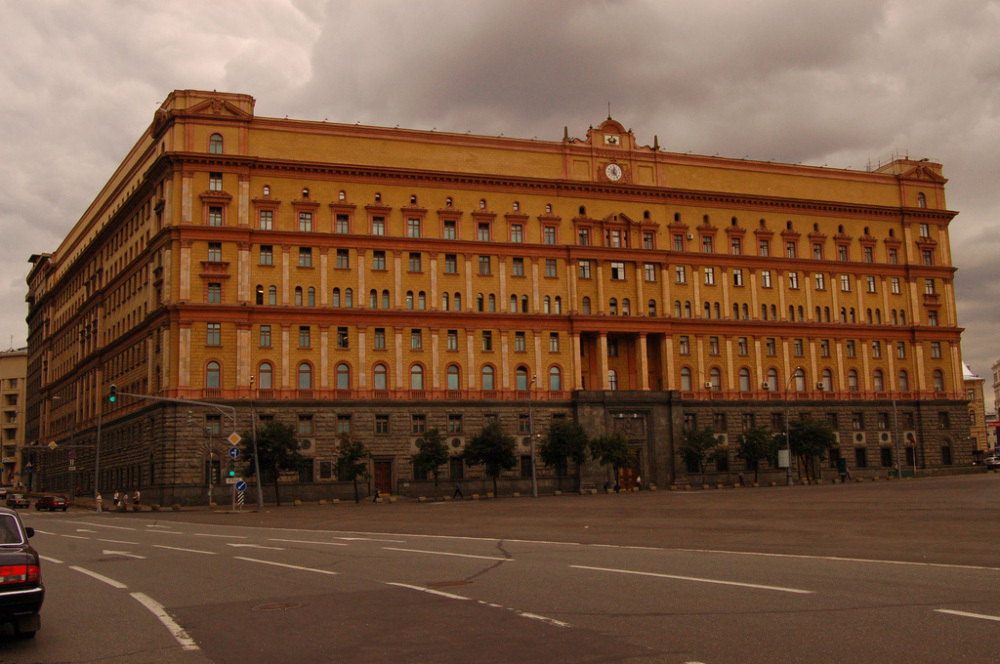 The Lubyanka building once served as headquarters for Russia's former intelligence agency, known in Smith's books — and until 1953 — as the MGB.

Smith's Moscow does not focus on the obvious landmarks, like the Kremlin or the colorful Orthodox churches. Instead, he captures how hard life was for citizens in the '50s. And on this visit, he wanted a taste of everyday life today.

"You see people queuing for a bank here," he says. "There would have been queues for shops, food shops, in the '50s. I like this sort of everyday. That's where the story is really set, with extraordinary pressures, but we're not really exploring the people taking those high-level decisions. We're exploring the effect on people around here, people we see now."

Life is quite pleasant today for Muscovites who have money. Moscow has become one of the most expensive cities in the world, with upscale boutiques and fancy hotel lobbies with pianos and $15 cappuccinos. We escaped that side of the city.

A real tour of this city means riding in an old Russian Lada sedan. The boxy, Soviet-era cars are often driven by older men who blare their music and chat up a storm. They are informal taxi drivers, willing to pick up anyone who stands on the side of the road and waves them down.

I squeezed into one of these cars with Smith and we listened as our driver talked about his grandfather being arrested in 1939. He had been ordered to relocate and work on a collective farm, and he refused. The man was tortured and died.

When we asked our driver for his name, he got quiet. "No, no," he said.

Smith saw how the Moscow that filled the pages of his books is still alive in peoples' memories.

"That was really strange," he says. "It was strange to feel that now and imagine that must have been everyone's reaction back then." 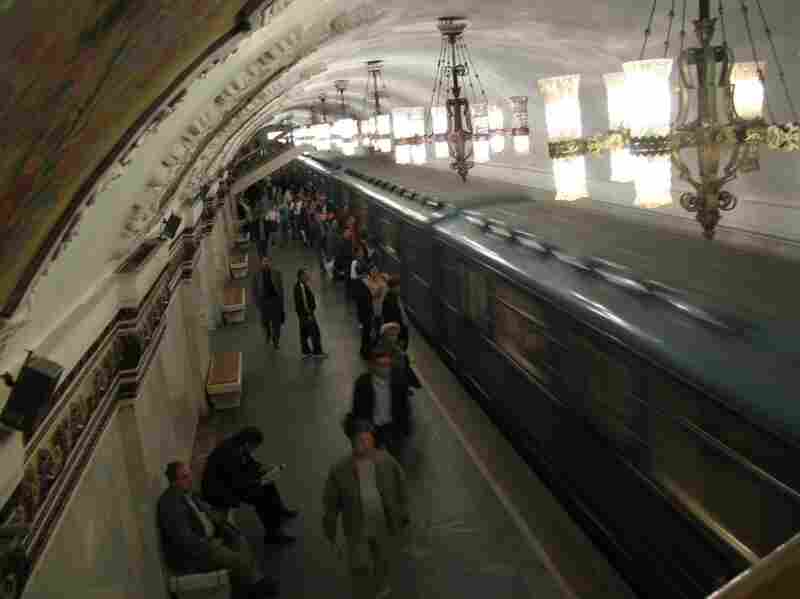 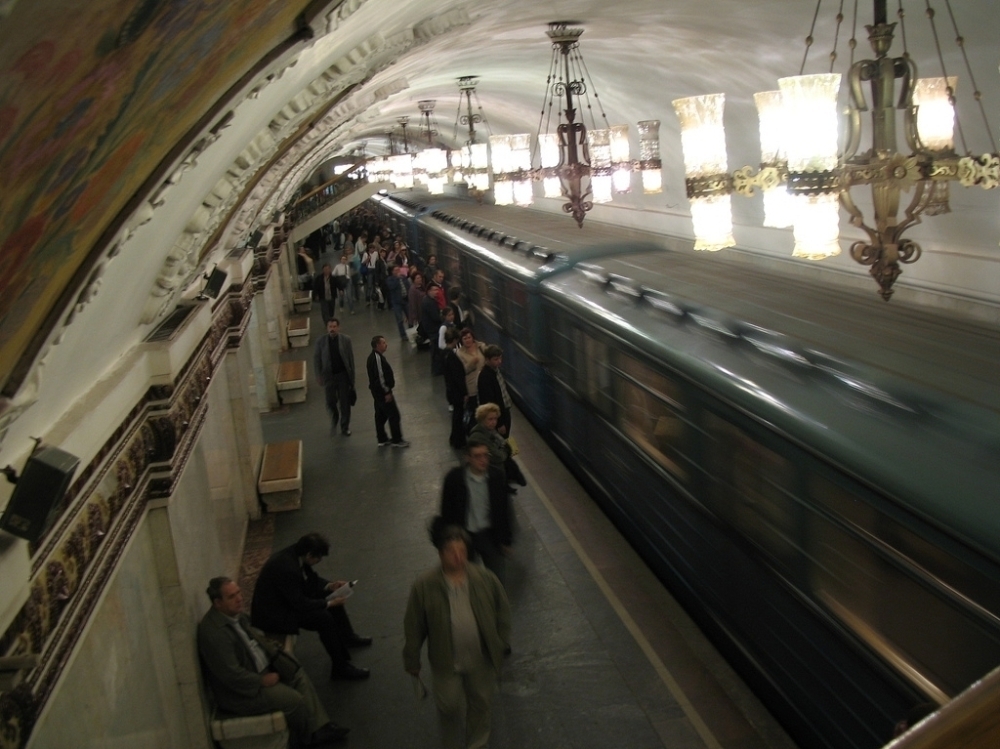 One powerful symbol of that menacing past is the Lubyanka building, a few blocks from the Kremlin. Today, it is the headquarters of the FSB, Russia's modern domestic security force.

In Soviet times, the agency went by different names. For a long time, it was the KGB. In the period Smith wrote about, the agency was the MGB. Smith describes the brownish building, how the top level has no windows, just a small clock that gazes over the city like a beady eye.

"There was no chance you could be found innocent inside these walls," Smith wrote in Child 44. "It was an assembly line of guilt. Perhaps Lubyanka hadn't been constructed with fear in mind. But fear had taken over all the same."

And fear was the weapon used by Agent Leo Demidov. Smith's character had blood on his hands, the blood of innocent men and women who may have been arrested simply for having lunch with the wrong people or writing the wrong words in a diary. In Soviet times, they might have ended up here, at Lubyanka.

"Leo didn't know the precise execution capacity, but the numbers were high, up to several hundred per day," Smith wrote. "At those levels, practical considerations — such as how easily and quickly human remains could be cleared away — became an issue."

In Search Of Redemption

In Smith's novels, Leo battles for redemption, always reminding himself that he became a Soviet agent because he loved his country.

"You're not dealing with someone who is villainous," Smith says. "You're dealing with a hero, in a sense, who's had his heroism put in these strange directions that made him do these terrible things. It's a journey for him. He has to try and overcome that. He has to try and think, 'How do I put right the wrongs I've done.' And that to me — struggling against the mistakes you've made — is very interesting as a literary character."

And perhaps that's what makes Moscow interesting as a city. Like Demidov, Moscow is on a journey to find a new identity and escape its troubled past.