Accessibility links
Libya Gives Obama Boost, But Not Doctrine The past five months brought a great deal of controversy and criticism to the White House's handling of Libya. Now, with the apparent ouster of Moammar Gadhafi, the administration is claiming some vindication. Even so, the president's critics say success isn't enough; they want a clearer road map of his foreign policy. 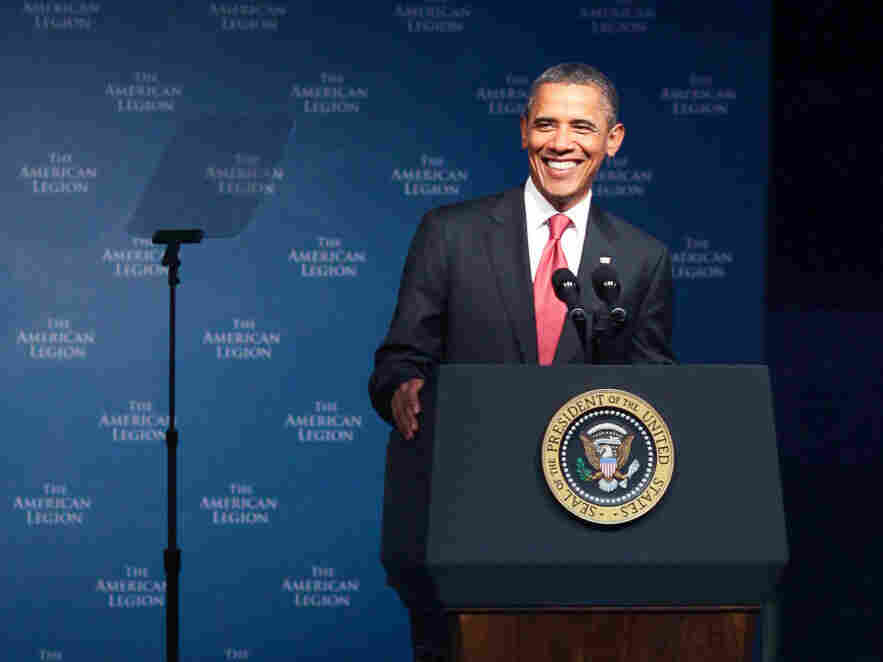 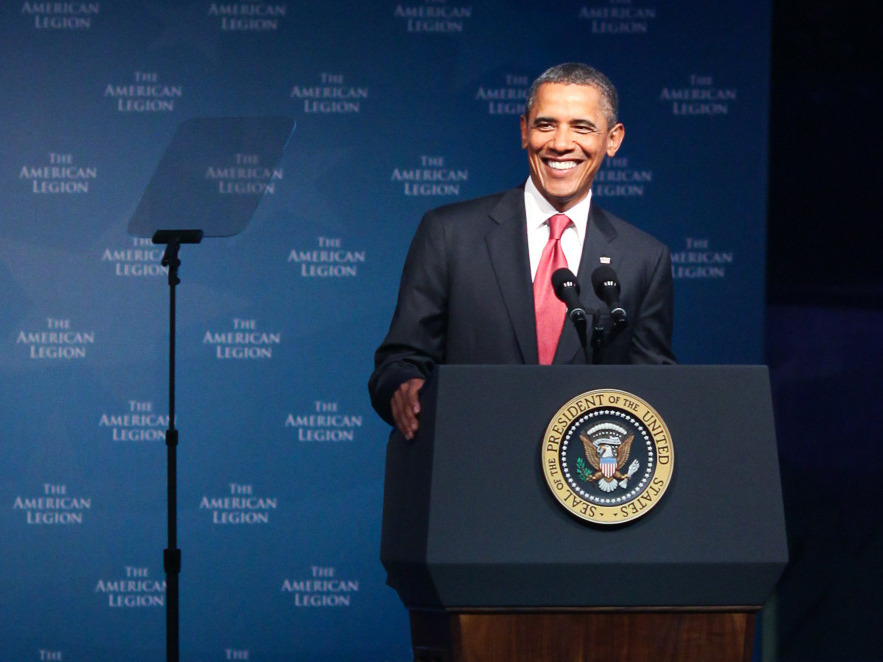 While Libya's ultimate fate is still unclear, the past week has marked a decisive change. In a speech to the American Legion in Minneapolis Tuesday, President Obama praised "our brave forces who helped the Libyan people finally break free from the grip of Moammar Gadhafi."

The past five months brought a great deal of controversy and criticism to the White House's handling of Libya. Now the administration is claiming some vindication.

At the National Defense University in Washington last March, the president delivered his only major speech to date on the U.S. mission in Libya. He described an approach to foreign intervention that emphasizes international coalitions and acknowledges the real-world limitations on American power.

"We are naturally reluctant to use force to solve the world's many challenges," he said, "but when our interests and values are at stake, we have a responsibility to act."

People looking for a clear Obama doctrine had a hard time finding it.

That lack of ideological purity seems appropriate to Aaron David Miller of the Woodrow Wilson International Center for Scholars.

"Every time we've identified a doctrine, with rare exception, we've gotten ourselves into trouble," says Miller, who was a Middle East adviser to both Republican and Democratic secretaries of state. "Doctrine is not the issue. The issue when it comes to American foreign policy should cut across one divide: Is it smart because it protects American national interests in a way that is possible, or is it dumb? And the reality is, in Libya the president's policy seems to be on the smart side."

Miller says for the past few months the policies in Libya have been "inchoate, unsuccessful and dysfunctional," but in the end they worked.

I don't think you want to have a doctrine that is so broad that it would lead you to intervene in country after country and send you down a slippery slope of military interventions that we don't want to pursue.

To the president's critics, that ultimate success is not enough. They want a clearer road map.

Republican presidential candidate Mitt Romney spoke Tuesday to the Veterans of Foreign Wars national convention in San Antonio, saying "our involvement in Libya was marked by inadequate clarity of purpose before we began the mission, and then mission muddle during the operation, and ongoing confusion as to our role in the future."

But other Republicans applaud the president's success in Libya, even if it the outcome occasionally seemed uncertain.

"A lot of pieces fell into place that made this work," says Robert Kagan of the Brookings Institution. "But the administration deserves tremendous credit for seeing it through against, I think, unreasonable criticism from all sides."

President Obama's leadership style has always valued pragmatism over idealism, and not only in foreign policy. He says he is more interested in solving problems than sticking to a rigid dogma. That can be frustrating to his friends and critics alike, who complain that they don't know what the president believes in from one situation to the next.

It is an approach that White House officials defend. "I don't think you want to have a doctrine that is so broad that it would lead you to intervene in country after country and send you down a slippery slope of military interventions that we don't want to pursue," says Deputy National Security Adviser for Strategic Communications Ben Rhodes.

He says the U.S. applies universal principles to every country. "We oppose violence by governments against their citizens. We support the universal rights of people around the world. The right to choose their own leaders and have basic fundamental freedoms. And we're supporting across the Middle East and North Africa a process of political and economic change that is responsive to the people of the region."

That support sometimes comes in the form of sanctions, or simply words. In Libya, where military power came into play, sanctions and words were not enough. And they may not be enough for people seeking revolution in other countries, says Michele Dunne of the Atlantic Council's Rafik Hariri Center for the Middle East.

"Certainly the question of U.S. involvement is going to be raised increasingly now in places like Syria, Yemen and who knows, perhaps Iran in the future, because of Libya," she says. "Libya has now created a different model."

A different model perhaps, but in the eyes of the Obama White House, not a universal one.