Accessibility links
Too Many Days Hath September: Baseball, Fix Thyself Baseball's season is just too long — or at least, that's the opinion of Frank Deford, who provide some suggestions for improvement. One idea: Let more teams into the playoffs. 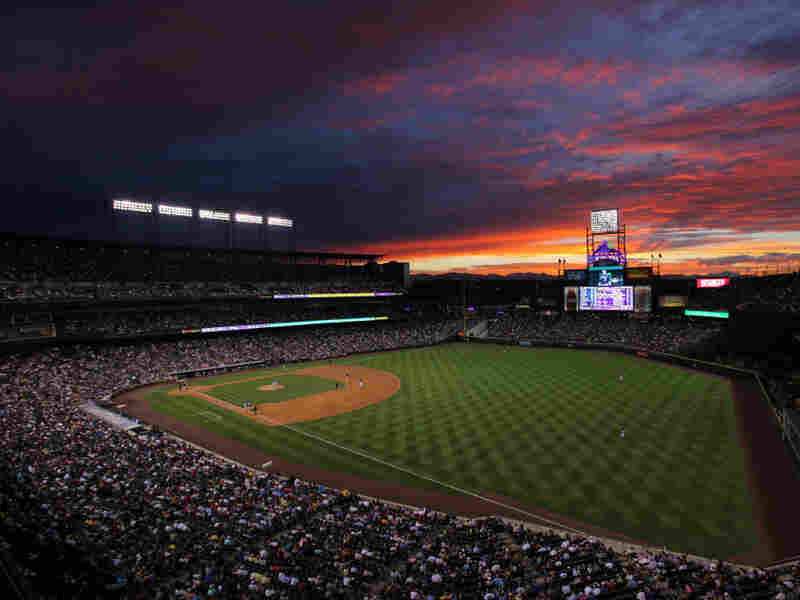 The sun sets over Coors Field in Denver. While summer nights are perfect for baseball, late-season games can get a little chilly. Doug Pensinger/Getty Images hide caption 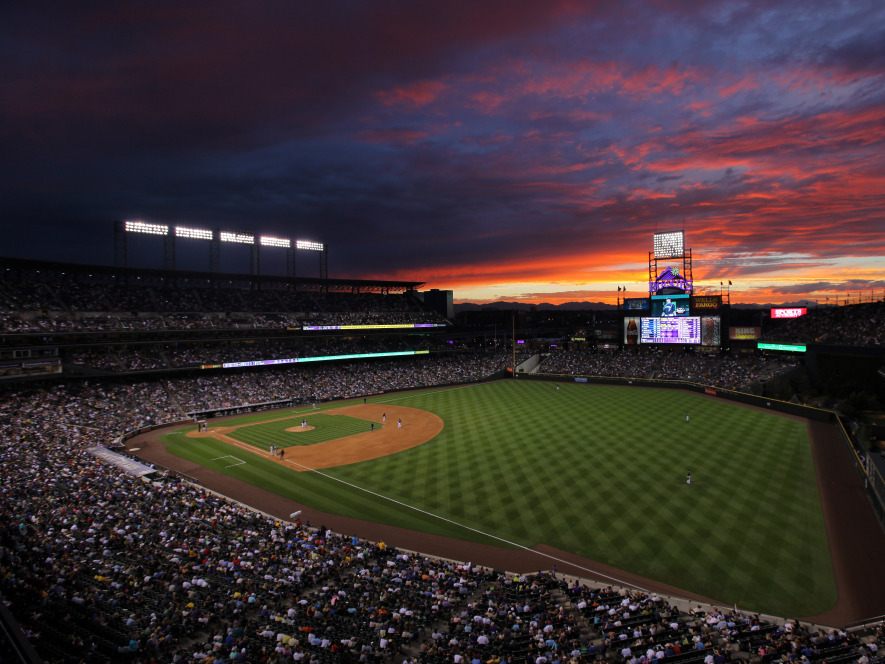 The sun sets over Coors Field in Denver. While summer nights are perfect for baseball, late-season games can get a little chilly.

When baseball fell into its current schedule more than a century ago, the national pastime owned the sporting landscape. There was no professional football, and college football was a regional enterprise in a nation where few folks even had a college alma mater to care about. In a culture still quite agricultural, the schools started later. So, in effect, the harvest extended summer.

Baseball could pretty much do what it wanted. The 1911 World Series didn't start until mid-October. After all, because of the cooler spring weather and the nice autumn days, the 154-game schedule didn't begin until mid-April — leisurely, when God made baseball weather.

Now, of course, the season is 162 games, which forces a start, chilly and damp, two weeks earlier, and with playoffs, runs until about Halloween –– a time when only the most involved fans can be weaned away from fantasy football and point spreads.

The situation is exacerbated because baseball mandates that a smaller percentage of its teams qualify for the postseason. And since the rich teams can buy success more easily than in other sports, the fans in many cities are virtually driven out of baseball, into football's arms. Or, guess what: There are television programs to watch now that weren't around in 1911.

Hello, baseball: The culture has changed. It's time to adapt. September begins tomorrow, and even though most teams have no chance, and the kids are back to school, and football is starting, baseball is still going to limp along for another month before crowds where, as the old saying goes, "A lot of fans came dressed up as empty seats."

First, end the season on Labor Day. A 140-game season will do just fine. Other sports are not prisoners to old records.

But second, as you reduce the regular season, add teams to the playoffs. There are only eight now, and talk of adding two more. No — double the qualifiers: 16 playoff teams, like the NBA and NHL do. Give fans hope. Even more radical, who says all playoff teams have to play protracted head-to-head series? Start off with four-team round-robins, as they do in the soccer World Cup.

Like the dimwits who run college football, the fundamentalists will cry that this diminishes the regular season. OK. So what? Baseball is not an ecclesiastical calendar. It's an entertainment. Do you want to diminish the regular season, or diminish the whole sport? Because that's what the current arrangement does.

September should be a climactic month for baseball. Instead it's a calculated delaying action, until you can play the most important games when it's too cold for baseball, and too late at night for disenchanted baseball fans to watch.