Accessibility links
'The Debt': History's Burden, And A Moral Calculus A classy cast and a sober premise drive John Madden's thriller about three Mossad agents coping with the fallout from a long-ago mission — but the movie's feverish plotting and sullen overacting deplete all efforts at gravitas.

'The Debt': History's Burden, And A Moral Calculus

'The Debt': History's Burden, And A Moral Calculus 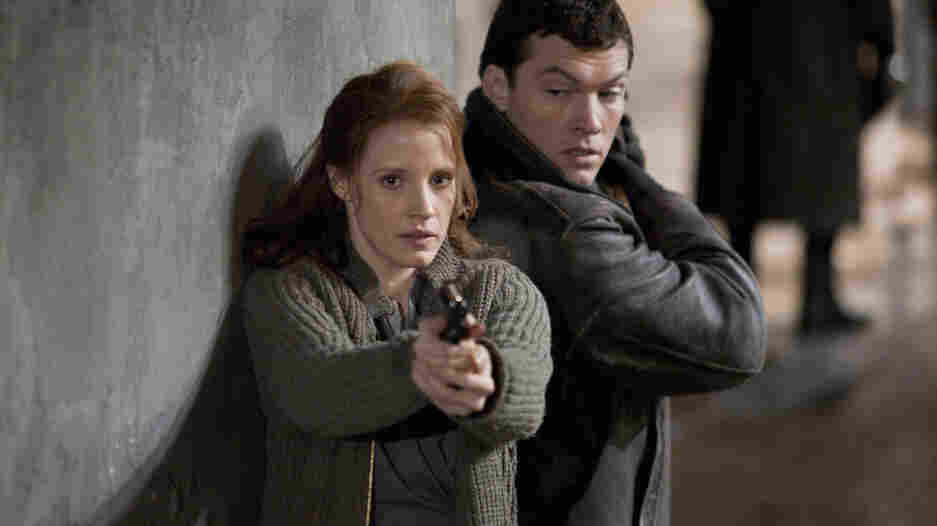 In the thriller The Debt, a triumvirate drawn from the cream of British cinema — Helen Mirren, Tom Wilkinson, Ciaran Hinds — pools formidable talent to play retired Mossad agents living off the glory of a long-ago mission. Two decades after Germany's defeat, as the legend goes, the three brought to book a notorious Nazi living large in East Berlin.

'I Knew We'd Be Punished'

As it turns out, at least two of them are also racked by guilt. Lies have piled up, and one way or another all three agents will emerge as tragic figures. Yet the movie's feverish hyper-plotting and grandiloquent overacting deplete all efforts at gravitas.

We meet Mirren's Rachel Singer in 1997, furrowing her brow while trying to look gracious at a Tel Aviv party for her beloved daughter Sarah (Romi Aboulafia), who's written a book lionizing her mother's career. Front and center: Rachel's role in the 1965 dispatch of former concentration camp doctor Dieter Vogel. (Known as the Surgeon of Birkenau, he's modeled on Josef Mengele).

Also furrowing madly is Rachel's former colleague Stephan (Wilkinson), now Rachel's estranged husband and a high-up in the Israeli government. In the wings, looking equally woeful, is her sometime lover David (Hinds), a tortured soul who's returned to Israel after wandering abroad for years.

The Debt is adapted by British screenwriter Matthew Vaughn (with Jane Goldman and Peter Straughan) from the award-winning 2007 movie Hahov, which probed the morality of Mossad's pursuit of escaped Nazis — a tender topic for the State of Israel and for Jews worldwide ever since the abduction and prosecution of Adolf Eichmann.

You might expect some intelligent thought on the subject from director John Madden, who's chiefly known for the glum Edith Wharton adaptation Ethan Frome and the brainy romp Shakespeare in Love. But like many filmmakers transitioning between genres, Madden has focused his creative energies on retooling himself. Here, he presents himself as a choreographer of brutal action sequences designed more to goose our senses than to stimulate reflection on the ethics of extra-legal revenge. 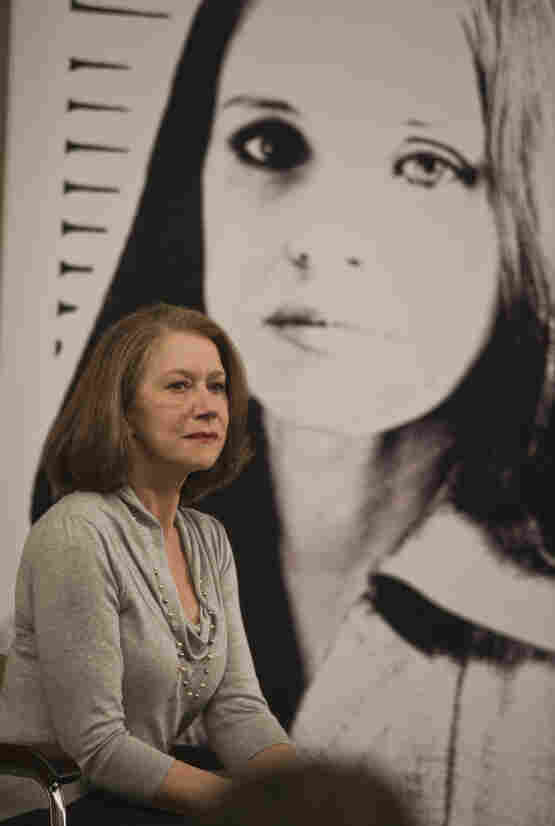 Helen Mirren co-stars as the present-day Rachel, still dealing with the legacy of the mission that made her famous — and changed her life. Laurie Sparham/Focus Features hide caption

Pausing only occasionally to debate the threat of the secret service's unorthodox methods to Israeli and Jewish honor after Auschwitz, The Debt unfolds as a visceral action picture with high-minded trimmings. (Not all that high-minded: The harsh neo-Israeli gutturals that pass for period Hebrew produce a distractingly comic effect, like a funeral fedora worn slightly askew.)

Minutes into the movie — after a rousing flashback in which Hollywood It Girl Jessica Chastain (as young Rachel) gets to show off some nifty Krav Maga moves — one of the three present-day Mossadniks has an unhappy encounter with a truck. This brings skeletons out of closets at a rapid clip, most of them wrapped in long flashbacks to a dank safe house in East Berlin. There, we learn bit by deceptive bit what really happened to Vogel and his captors.

Torn between vengeful alpha-agent Stephan (played as a youth by Marton Csokas) and sensitive liberal David (Sam Worthington), who's a Holocaust survivor like herself, Chastain's Rachel is also the movie's unlikely main action figure, contorting her porcelain features into a ferocious scowl as she beats her prey to a pulp.

Turns out she needs that Krav Maga, too: Vogel, nicely played by Danish actor Jesper Christensen, is a piece of work straight out of a Boys' Own World War II comic. Once feared for his medical experiments on Jewish concentration-camp inmates, Vogel has by the '60s set himself up in a comfortable practice as a gynecologist. Masquerading as an infertile wife, Rachel engages the doctor in heavily allusive chats about experimental procedures before lunging at him with a sedating syringe.

Back at the safe house, where rain drips atmospherically into buckets, the unrepentant prisoner spews venom about Jewish passivity in the camps while the Israelis stuff food into his uncooperative mouth. Goaded by Vogel and distracted by sexual tension, his captors drop their professional guard and screw up. The ensuing cover-up resonates down the decades, dragging in its wake some dutiful hand-wringing about truth, freedom and Jewish identity in the shadow of the Shoah.

There's nothing intrinsically sacrilegious or vulgar about framing a Holocaust story as a thriller. Eytan Fox's excellent 2004 film Walk on Water skillfully integrated the excitement of the chase with humane, intelligent reflection about what a man does to himself when he lowers himself to the standards of the oppressor.

The Debt, by contrast, explores nothing, preferring to stake out positions through stock characters declaiming expository dialogue. The movie drowns the deeper questions it raises in a sadistic procedural, an endless circular motion of fight scenes whose only justification is themselves. There's a strange fillip of senior-action payoff in a Ukrainian hospital at the end, but by then you may be too worn out to harvest its moral significance — let alone admire the twist ending.