Accessibility links
N.J. Chef: 'It's A Disaster In Here' After Irene Hurricane Irene tore a path through some big coastal tourist destinations. That means some restaurants will miss out on Labor Day, usually a big weekend. In Monmouth Beach, N.J., Sallee Tee's Grille was flooded. And its chef-manager says it may take weeks to rebuild. 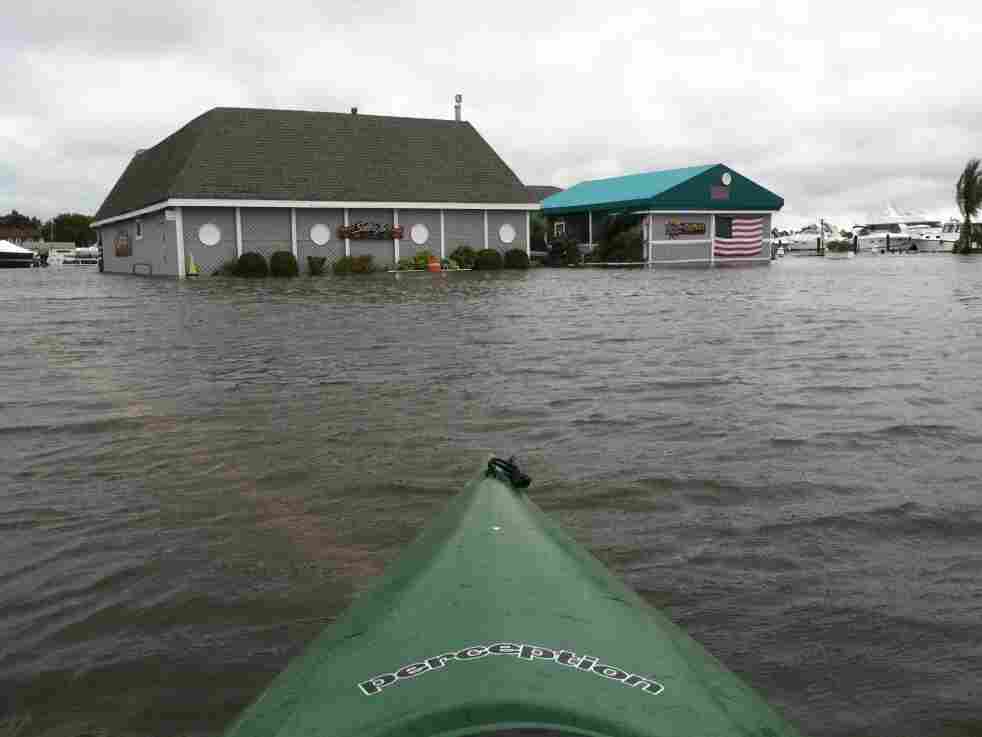 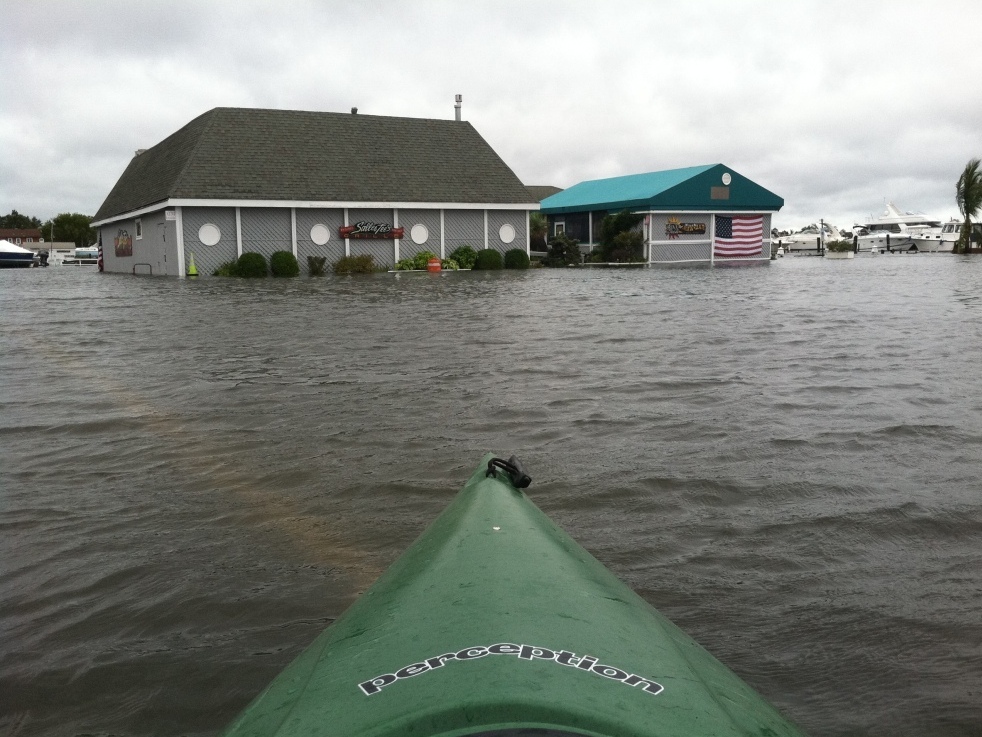 Many of the places in Hurricane Irene's path were big tourist destinations: North Carolina's Outer Banks; Cape Cod; Ocean City, Md. Some businesses in those areas escaped relatively unscathed, allowing managers to breathe a sigh of relief and hope for a big turnout on Labor Day weekend.

Others weren't so lucky — places like Sallee Tee's Grille, blocks from the ocean in Monmouth Beach, N.J. It's a big operation that serves everything from jumbo sea scallops to deli fare to sushi.

Nick Kouvel is the chef and general manager of Sallee Tee's.

"It's a disaster in here," he tells Morning Edition guest host David Greene, in a phone call from the restaurant. "As you can hear, in the background, I have people ripping carpets up right now. We're trying to get items cleaned. And everything's a loss, in terms of food."

When the storm was coming, Kouvel stayed at the restaurant until Saturday afternoon, when a mandatory evacuation forced him to leave. He returned to find a building that had suffered severe flooding.

As an additional insult, the carpets were put down only months ago, as part of a renovation.

"I'm looking at a scene that's making me sick right now," Kouvel says. "It has to be taken care of, a step at a time. We won't do anything other than doing it the right way, because that's how we always do it at Sallie Tee's."

Recovering from Irene will mean the restaurant misses out on Labor Day, one of its biggest money-making weekends.

"It's a huge weekend. It's our last hurrah," Kouvel says. He notes that the restaurant does steady business year-round — "however, Labor Day weekend is a very, very busy weekend for us."

The forced closure is also bad news for the restaurant's 60 employees; Kouvel says that while some workers will be paid to help the renovation, others will likely have to file for unemployment.

"I feel horrible, because we have wonderful people that work in this place," he says.