Accessibility links
To Dodge Blame, Officials Prep Public For Worst Because people are more likely to blame public officials if there is a repeat of a previous disaster, officials tend to disproportionately focus their safety efforts on preventing similar disasters in the future, researchers say. So, for example, officials might over-react to a hurricane in light of Katrina, even if the real threat to public safety may lie elsewhere. 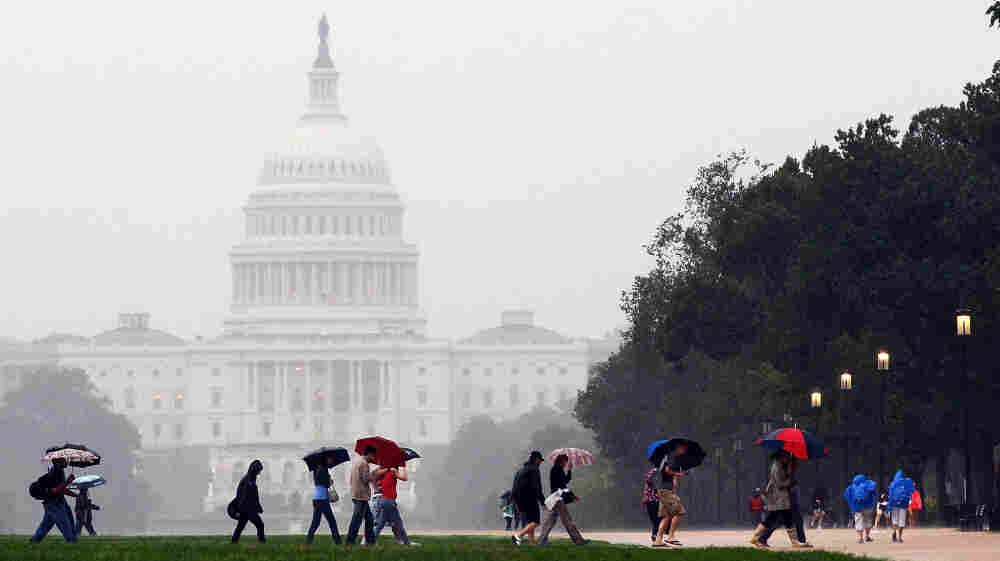 In preparing the public for a disaster, officials want to make the right call, but they also want to avoid blame. Win McNamee/Getty Images hide caption 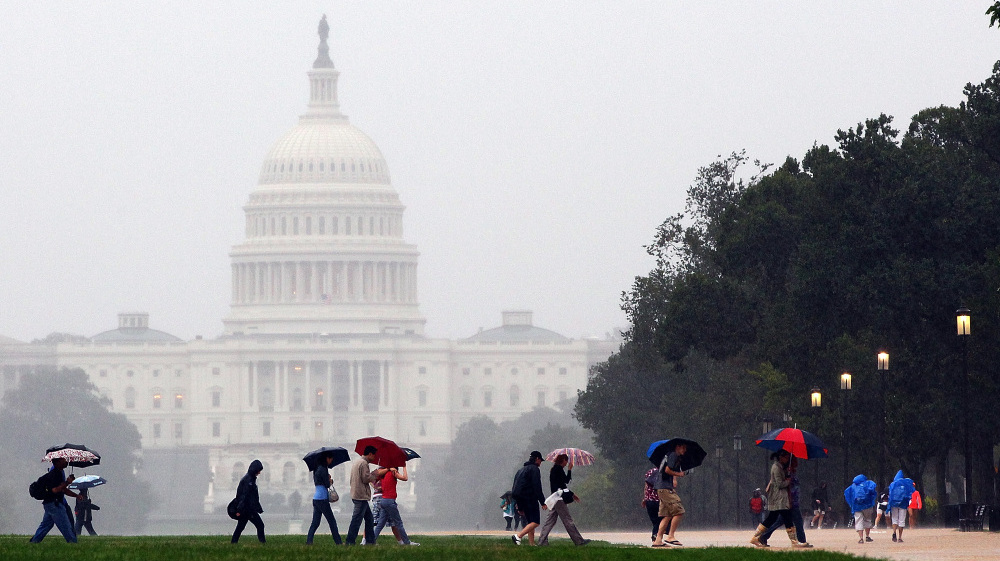 In preparing the public for a disaster, officials want to make the right call, but they also want to avoid blame.

Four days after Hurricane Irene struck, some people think the government over-reacted, and others feel not enough was done. People's points of view on the matter are likely highly influenced by how much, or how little, damage they experienced during the storm.

That's utterly human, but new psychological research suggests this way of judging things has a perverse effect on policymakers trying to keep us safe.

To see why, put yourself in the shoes of government officials as Irene approached. President Obama and other policymakers were looking at satellite imagery and other meteorological data.

"I cannot stress this highly enough," Obama said at one point. "If you are in the projected path of this hurricane, you have to take precautions now."

Administration officials were basing their advice on estimates of how dangerous the hurricane would be. But psychologist Peter McGraw at the Leed School of Business in Boulder, Colo., said officials also had to be thinking about how they were going to be judged after the hurricane. In other words, they wanted to make the right call, but they also wanted to avoid blame.

McGraw said they had a choice. They could weigh the odds and calibrate their responses to the risk in a very rational manner. Or, he said, they could "present the worst possible case that people might face. When things fall short, then they're not as upset."

Of course, people could blame officials for hyping things, but McGraw said, "They don't become outraged about that versus being told, 'Oh, it's safe to stay here' and have your house destroyed."

Risk-management expert Howard Kunreuther at the Wharton School in Philadelphia said his work shows that people say they want officials to focus on the dangers that are the most likely, but they expect officials to protect them against the things they fear most — which are sometimes extremely unlikely. Experiments done after the Sept. 11 attacks show that's not just true with natural disasters, but all kinds of threats.

If you tried to fool the public in some way or other, then you get into trouble.

Thomas Kean, former Republican governor of New Jersey and one of the chairman of the 9/11 Commission

So if you're an elected public official, should you focus on truck bombs, which are more likely, or airline security, which makes the public more scared? Policymakers face a dilemma: They can keep people safe but risk making them angry, or keep them happy and risk making them unsafe.

Princeton University psychologist Alexander Todorov said the disconnect between how we say we want policymakers to behave and how we judge them stems from a psychological bias.

"We have known in psychology for many years something that is called hindsight bias," Todorov said. "That looking back at the events that happened in the past, they look way more predictable than they actually were."

Kunreuther said the hindsight bias allowed people to blame others for their own actions and inactions.

"The disconnect is that often before the event, people will say, 'It's not going to happen to me,' " said Kunreuther. "So they don't pay attention themselves, by taking measures like purchasing insurance or making their house safer, but after the event there's a feeling that someone should have helped us here, we have a reason to blame them."

Opening Up The Decision-Making Process

In a recent paper published in the journal Organizational Behavior and Human Decision Processes, McGraw, Kunreuther and Todorov said one way around the conundrum is to insulate officials from the consequences of unpopular decisions.

They propose that risk analysts who work for the government have fixed terms, so that if an unlikely catastrophe came to pass, these officials wouldn't lose their jobs. The hope is they shouldn't have to inflate the risks in order to avoid blame if the hurricane turns out to be catastrophic.

Thomas Kean, former Republican governor of New Jersey and one of the chairmen of the Sept. 11 Commission, said one way he found around the conundrum was to let people into the thinking that went into his decisions.

"If you tried to fool the public in some way or other, then you get into trouble," he said. "But if you [went] right out with it, you said, 'I can do this, I can't do that, and this is why.' I found the public very understanding. They weren't always with you, but you know the public doesn't always have to agree with you to support you."

That could be useful advice as officials prepare for Hurricane Katia, which may or may not be around the corner.