Accessibility links
In Tripoli, Celebrating More Than Ramadan's End Muslims are marking the end of the fasting month of Ramadan. For Libyans, the holiday has a special resonance this year because of the rebel takeover of Tripoli, the capital. 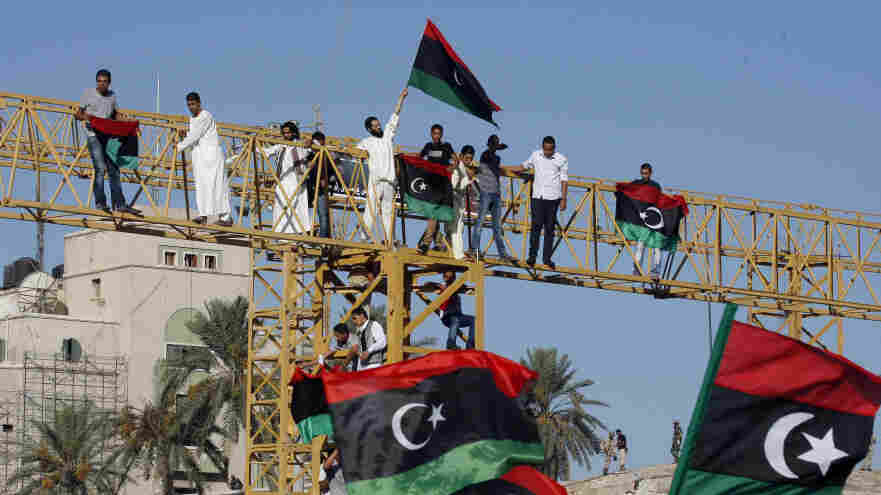 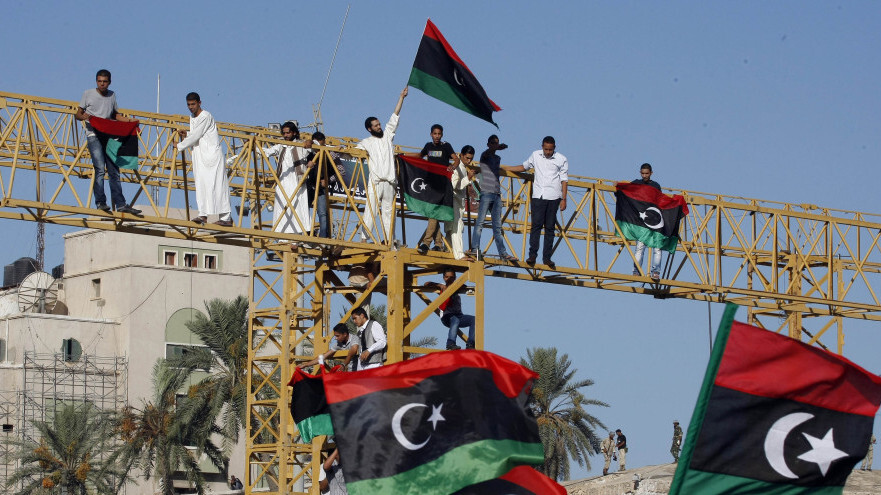 The Muslim holiday of Eid al-Fitr is always a time of joyous celebration in the Islamic world. The holiday's arrival means that Ramadan, the long month of daytime fasting, is over, and friends and family gather to exchange gifts and share meals.

As it began Wednesday in Tripoli, the holiday carried even greater resonance this year because of the rebel takeover of the Libyan capital.

"It's the big Eid this year," says resident Alaa al-Najaa. "In my life, I haven't seen the people before like that, especially the children."

Now, Libyans are looking toward the future without dictator Moammar Gadhafi — and they describe feelings of both hope and fear.

A Celebration Of Freedom

Najaa helped organize a neighborhood party at a local school. Dozens of children and their parents gathered for Eid, eating cake and playing. Everyone donated some money and pitched in with supplies. 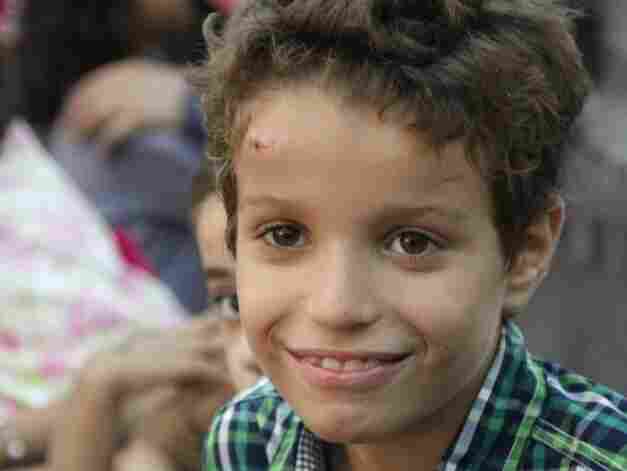 The children are drawing pictures of the new Libyan flag, something that would have gotten them arrested only two weeks ago.

Jihad Anas, 10, has a gash on his forehead, suffered after he sneaked out with his older brother, who was fighting Gadhafi loyalists in his Tripoli neighborhood of Fashloom 10 days ago.

The boy says he used to secretly draw the rebel flag at home and then rip the pictures up so no one would see. When asked what would have happened if a Gadhafi supporters had discovered his drawings back then, he uses the hand gesture representing a gun to imply he would have been shot.

But while people are enjoying what they call their liberation, life in the capital is a struggle. There is limited water, electricity and other services.

Not to mention money. On Tuesday, the banks opened for the first time in several weeks, and they were mobbed with people desperate to withdraw funds to buy much needed supplies for the Eid festivities. There is a cap of 250 dinars — about $180 — per person, and some people had trouble even getting that out.

One woman, Cauter Mahmoud Zaglut, says she was turned away. She hasn't been able to get money out for months, and she says she is living hand to mouth.

Even people who have money are finding it hard to make it last.

At the butcher's, people line up to buy lamb.

Customer Omar Khalifa says food prices have almost trebled in the past few weeks. And food is scarce. Because there are no regular deliveries into the capital, shopkeepers can charge whatever they want, he says.

For now, everyone seems to be accepting the situation in Tripoli with equanimity. But the longer this goes on, the more it will tax their patience. The challenge for the new rebel leadership will be to get the country up and running as quickly as possible.

Back at the neighborhood party, English teacher Huda Shegleb says the aftermath of 42 years of brutal dictatorship and six months of war will not be easy.

"It will take a long time, I think, to get better," she says.

The children and their parents move to a room to cut what looks like a birthday cake covered in a rebel flag made out of icing.

With huge smiles, those gathered this Eid sing the rebel national anthem. It's the first time people say they've sung it publicly — though they all know the words.