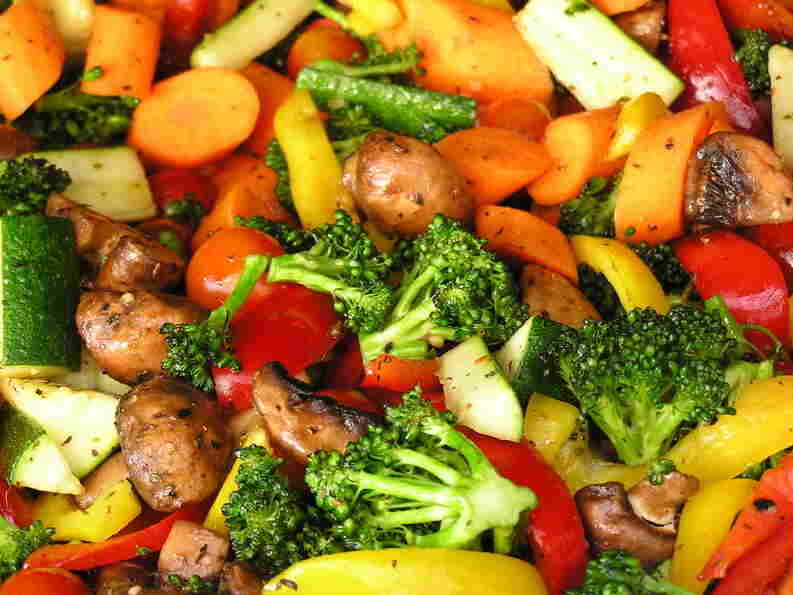 Mark Bittman explains how to make more than 2,000 vegetarian recipes in How to Cook Everything: Vegetarian. "We raise animals now in what can only be called an industrial fashion," he says — and hopes the book encourages people to cut back on their meat consumption. iStockphoto.com hide caption 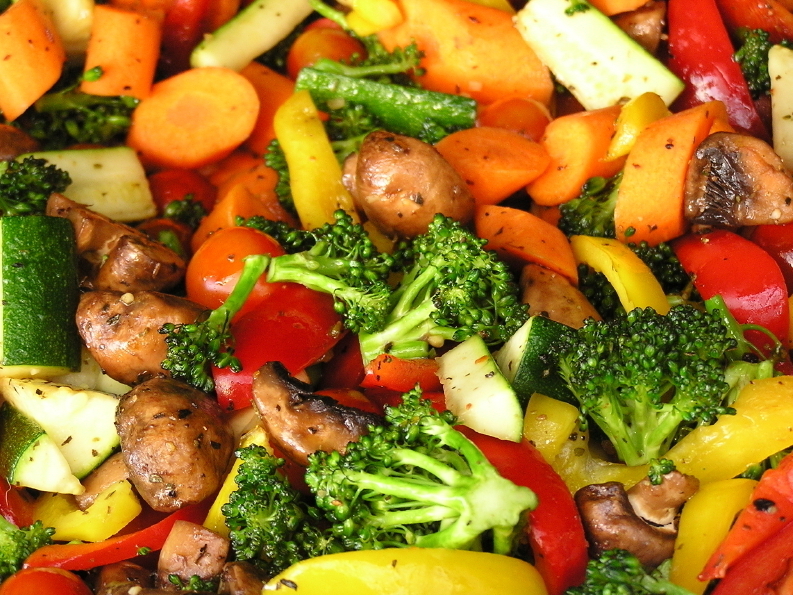 Mark Bittman explains how to make more than 2,000 vegetarian recipes in How to Cook Everything: Vegetarian. "We raise animals now in what can only be called an industrial fashion," he says — and hopes the book encourages people to cut back on their meat consumption.

This interview was originally broadcast on Jan. 10, 2008.

Mark Bittman is the king of tweaking recipes. His long-running "Minimalist" column in The New York Times explained to people how to adjust simple recipes to their liking — with minimal time, effort and ingredients. His best-selling cookbooks How to Cook Everything and How to Cook Everything: Vegetarian demonstrate how a few simple rules can be applied to most ingredients you have in the pantry.

Aside from preheating pans, Bittman says he doesn't have any golden secrets that he uses on his own dishes. "I think the tricks that I have are not secrets at all," he tells Fresh Air's David Bianculli. "I think they're things that just come from really a life of cooking and become sort of second nature."

Mark Bittman is the author of 10 books on cooking, including The Minimalist Cooks at Home, The Minimalist Cooks Dinner and Cooking at Home with a Four-Star Chef. He also hosts the public television series Bittman Takes On America's Chefs. He has received four James Beard Awards for his work. 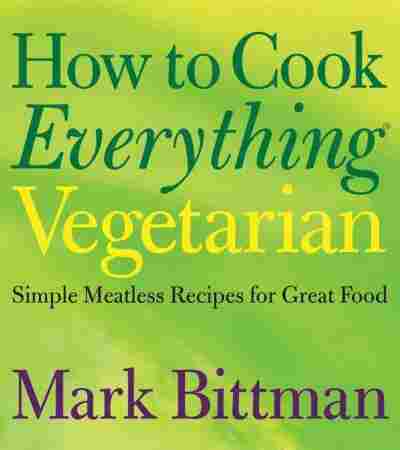 How to Cook Everything Vegetarian

by Mark Bittman and Alan Witschonke

On restricting himself to vegetarian recipes for his cookbook How to Cook Everything: Vegetarian

"I thought immediately of this Japanese woman I met a couple years ago who was a brilliant chef who only did super vegan — you know, really, really limited stuff. And I asked her why, because she ate meat and she obviously enjoyed it. ... And she said, 'Well, you know, you limit things so that you can explore the universe of them more thoroughly.' ...

"I will say that what really freaked me out when I was working on this book was how many different things we were able to do with whole grains. And we came up with a method for cooking whole grains that's faster and easier than anything I've ever seen. And we came up with a bunch of kind of casseroles and sauce dishes with whole grains that I was really, really excited about. So it's more of a category than an individual dish, but that's the case."

For London Chef, 'Plenty' To Love About Vegetables

On his reader feedback

On his favorite cookbook

"There were a few, but I'd have to say that it was Paula Peck's Art of Good Cooking. Paula Peck was this woman in New York who was friends with, well, what passed for foodies in those days, but was really kind of out of the loop, and was, from all accounts — I never met her — from all accounts a kind of unhappy housewife who decided she was going to take cooking a little more seriously.

"She experimented quite a bit. She had a very good voice. She wrote very, very clear recipes. And when something in the culinary canon was nonsense, she said so. Hers was the first book that I kind of cooked through cover to cover, and she did such radical things as announcing that boneless chicken breasts were a terrific substitute for veal scallopini. ... And she further announced that they cooked through in six minutes. And when you told people you could cook chicken in six minutes, you were telling them something that nobody knew. ...

"You can still find Paula's books remaindered or in used book shops, because she also has The Art of Fine Baking, in which you will find the single best croissant recipe ever printed, I believe. So if you want to know how to make croissants, it's worth getting that book."