Accessibility links
Human Brain Responds To Animals, Cute Or Creepy A part of the brain called the amygdala has cells specialized to detect animals, researchers have found. One reason we have these cells may be that some animals posed a threat to our ancestors. But researchers also found cells that respond specifically to cute animals like puppies or bunnies. 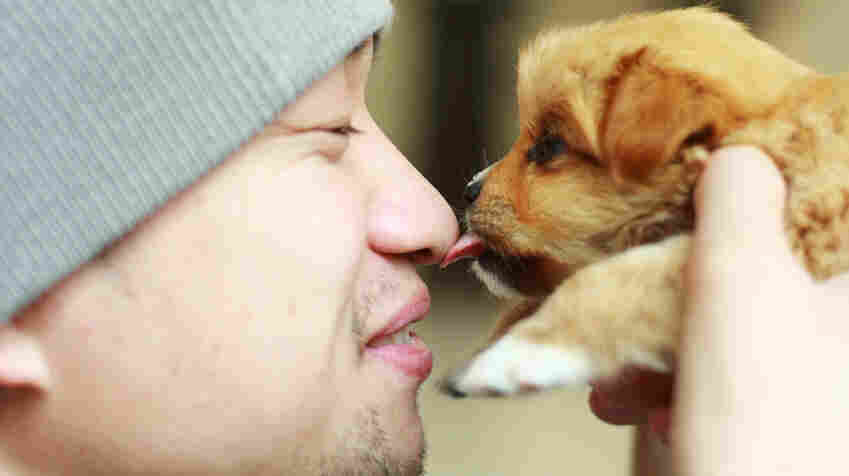 The brain "seems to be specialized in alerting us to things that are emotionally important to us — either positive or because they're scary," a scientist says. iStockphoto.com hide caption 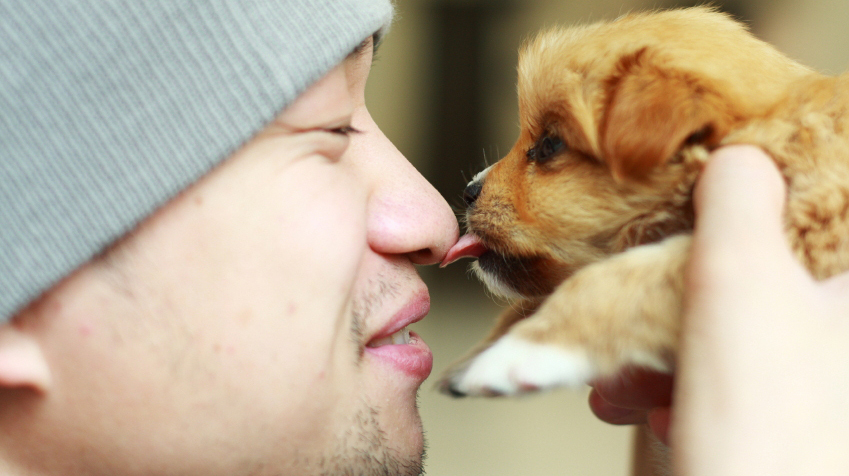 The brain "seems to be specialized in alerting us to things that are emotionally important to us — either positive or because they're scary," a scientist says.

A team led by researchers at Caltech has found individual brain cells that respond when a person sees an animal, but not when that person sees another person, a place, or an object.

The cells were found in the amygdala, an almond-shaped part of the brain involved in emotions, including fear. And they responded to any kind of animal, including spiders, dogs and rodents, says Christof Koch, a researcher at Caltech and the lead author of the study, published in Nature Neuroscience.

One reason present-day humans have these cells may be because some animals posed a threat to our ancestors, Koch says. Specialized cells could have helped the brain respond quickly to danger, he says.

Koch says he was reminded of how important a quick response can be during a recent run along a mountainous trail in Los Angeles.

"As I was about to step down I saw there was a rattlesnake," he says. "By the time I realized it, by the time I felt fear, you say, oh my god there's a snake, I had already automatically extended my legs, my stride was larger so I didn't step on the snake."

That's a good example of why our brains pay special attention to animals. The new study, he says, helps explain how.

The discovery came while Koch and other researchers were studying the brains of 41 people about to have surgery for severe epilepsy. To find the source of their seizures, doctors placed electrodes deep in the brain.

The researchers looked to see how cells in several parts of the brain responded to a variety of images. But it was only in the amygdala that they found cells firing specifically in response to animals, Koch says.

That makes sense, Koch says because the amygdala "seems to be specialized in alerting us to things that are emotionally important to us — either positive or because they're scary."

Long before we had [bridges or buildings], we had animals. And so if we didn't pay attention to them then ... that might not have been such a good idea.

Lynne Isbell, an anthropologist at the University of California, Davis

And animals are both, he says. Some want to eat us. Others could be our dinner. And, of course, some we just want to cuddle.

"We found in one patient a cell that I call the "Peter Rabbit cell" because it responded to three very cute images," says Koch. "One was a rabbit, one was a white snow hare and the third one was a cute little mouse."

The finding confirms earlier work suggesting that the human brain is particularly responsive to animals. Behavioral studies, for instance, have found that people pay more attention to animals and people than to things.

More Attention To Animals Than People?

In one experiment, scientists showed people a series of pictures in which a single element would change. The viewers were really good at keeping track of people and animals, says Joshua New of Barnard College in New York.

"Embed a tiny little person or a tiny little animal anywhere in the scene and they'll notice it changing right away," he says. On the other hand, people were really bad at noticing changes in things like buildings.

"We actually had other images where entire grain silos were appearing and disappearing and they would report that there was no change in the scene," he says.

More recent research suggests that people actually pay as much attention to animals as they do to other people, New says.

How About A Pot-Bellied Pig For A Pet? Why And How We Domesticate Animals

And he says once a person has detected a living creature, their brain keeps monitoring it — probably because, unlike, say, a bridge or a building, a person or animal can suddenly turn from friendly to hostile.

It's easy to think of reasons that the human brain would evolve to focus more attention on animals than bridges or buildings, says Lynne Isbell from the anthropology department at the University of California, Davis.

"Long before we had those things, we had animals," she says. "And so if we didn't pay attention to them then, you know, that might not have been such a good idea."

That would have been especially true when it came to snakes, which early humans in Africa and Asia would have encountered frequently.

"Our ancestors who weren't able to adjust to those sorts of things would have been bitten and probably would have died," Isbell says.