Accessibility links
Sleuthing Around Dublin's Darkest Corners John Banville (who writes crime fiction under the pen name Benjamin Black) describes the exploits of his oddball sleuth named Quirke. His plots are set in Dublin, a city that lends itself to noir fiction. "I love this place in a strange, embittered kind of way," Black says.

O'Connell Street, 1952: Dublin in the 1950s is "perfect noir territory" says writer John Banville (who writes crime fiction under the pen name Benjamin Black). The city's dark history is incorporated into his work. "I am a novelist and therefore a cannibal," he says. "I eat whatever comes near me. Everything is material." Gerry Cranham/Fox Photos/Getty Images hide caption 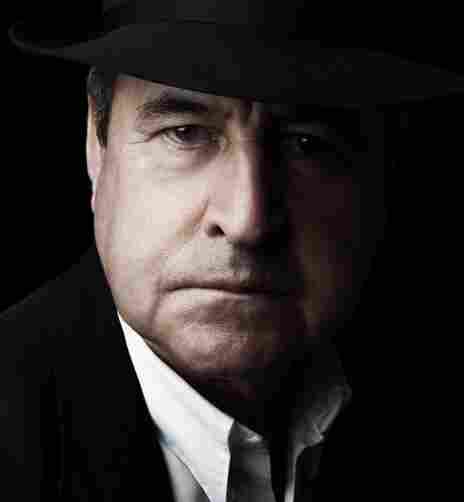 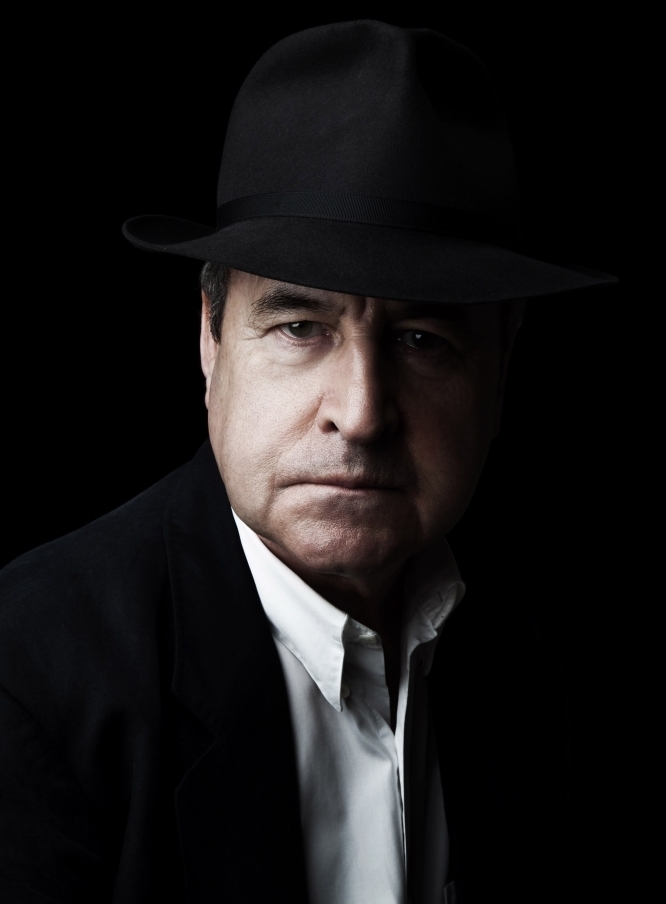 John Banville (pen name Benjamin Black) won the Man Booker Prize in 2005 for his novel The Sea. His crime fiction includes Christine Falls, The Silver Swan and A Death in Summer.

"If you are going to write noir fiction, Dublin in the '50s is absolutely perfect," novelist Benjamin Black tells NPR's Philip Reeves. "All that poverty, all that fog, all that cigarette smoke, all those drink fumes. Perfect noir territory."

You may know Black better as Irish writer John Banville, winner of the 2005 Man Booker Prize for his novel The Sea. Banville writes his crime fiction under the name Benjamin Black. His novels star an oddball sleuth named Quirke — a bachelor in his early 40s who works as a consultant pathologist in a Dublin morgue.

"He has a very dark and troubled past," Black explains. "He was an orphan. When he looks back to his earliest years, he sees only a blank, which is I think what drives him. What drives his curiosity. His itch to know about other people's lives, other people's secrets."

If you're looking for a savvy investigator, you won't find it in Quirke. "In these books, nothing is ever resolved," Black says. "The baddies are not put away. Poor old Quirke is as dumb as the rest of us, you know. If you wanted the exact opposite of Sherlock Holmes, Quirke would be your man. He just stumbles along as we all do."

Like his protagonist, Black's Dublin setting is flawed, but full of character. "I suppose I love this place," Black says. "I feel very odd saying it. In a way, it's the cheapest thing you can do. It's like saying, 'I love my mother,' or 'Apple pie is nice.' But I suppose I love this place in a strange, embittered kind of way, which is the best way to love somewhere I think."

Read an excerpt of Christine Falls

Okay, our next stop in our Crime in the City series takes us to Dublin, Ireland. That city is the backdrop for the crime novels of an author who calls himself Benjamin Black. We say calls himself because it is the pen name of the Irish writer John Banville. Mr. Banville has won numerous awards for his novels. And this morning he takes us on a tour of his city.

He went through that city with a microphone. And as he went, he spoke of his main character, a quirky detective named Quirke.

Mr. JOHN BANVILLE (Novelist): Quirke is a bachelor. He's, I guess, in his early 40s. He's a pathologist, a consultant pathologist in Dublin hospital. So he's quite well off. He has a very dark and troubled past. He was an orphan. When he looks back to his earliest years, he sees only a blank, which is, I think, what drives him, drives his curiosity, his itch to know about other people's lives, other people's secrets.

He lives in Upper Mount Street in my old apartment.

(Soundbite of a trotting horse)

Mr. BANVILLE: Well, we're in Upper Mount Street now, a Georgian Street, one of the few left in Dublin, but one of the loveliest. I mean there's a marvelous prospect here. Very few people live here now. It's almost all offices. Looking back now, it was an entirely different city to the one that you see now. I mean it looked the same but it was an entirely different place.

(Soundbite of a door closing)

Mr. BANVILLE: This is 39 and 40 - it's this one. That one's 39. And that was my flat. And (unintelligible) flat. (Unintelligible) changed very changed much. I suppose I love this place. I feel very odd saying it. I mean it's, in a way it's the cheapest thing you can do. It's like saying, you know, I love my mother, or apple pie is nice. But I suppose I love this place - in a strange, embittered kind of way, which is the best way to love somewhere, I think.

Mr. BANVILLE: We've crossed over to the Grand Canal, which sounds as if it should be in Venice. But it's a very narrow little waterway. But rather lovely, I think, quite beautiful.

Quirke walks up and down here. He likes to spend Sunday mornings, coming home, sit on the bench here and reading the papers. And somehow in the way of crime fiction, all kinds of people meet him there or chance on him, you know.

Unidentified Man: Quirke sensed Sarah's approach before he looked up and saw her walking toward him along the towpath. She was wearing a burgundy-colored coat and a Robin Hood hat with a feather, and was carrying her purse clutched in both hands against her breast. She kept her eyes downcast as she walked, on the watch for puddles from last night's rain, but also because she was not ready to meet Quirke's surprised stare.

The Ireland of the 1950s was a controlled state. The country was entirely in the grip of the church. The church here was the exact equivalent of Eastern Europe's Communist Party. We had an iron ideology that controlled every aspect of our lives from birth to death.

Mr. BANVILLE: I laugh because one can't allow oneself to get angry because one would be permanently in a state of rage. I'd like to claim to have had a great social program in writing these books. I haven't. I'm a novelist and therefore a cannibal. I eat whatever comes near me. Everything is material. You know, child abuse, all those horrors, that's material, I'm afraid.

Unidentified Man: But you see, it's unnatural, this thing, Mr. Quirke, the nun said. That's the point. When bad folk take it on themselves to do what are supposed to be good works, it makes a sulfurous smell. I think you've had a whiff of it, that smell.

No, I've told you too much already.

He thought, just like Dolly Moran did. Please, things have happened, wicked things.

Mr. BANVILLE: In these books nothing is ever resolved. You know, the baddies are not put away. Poor old Quirke is as dumb as the rest of us, you know. If you wanted the exact opposite of Sherlock Holmes, Quirke would be your man. He just stumbles along as we all do.

Mr. BANVILLE: We've come to a pub just round the corner from the Irish government buildings. It's called Doheny and Nesbitt's, a famous Dublin pub. Been here forever, I think. It's probably been here since the Vikings. Certainly looks as if it has. It's an old brown pub, entirely kippered by cigarette smoke from the good old days when you could smoke in pubs. Much frequented by parliamentarians and by lawyers. Lots of secrets are exchanged here. Lots of conspiracies are hatched.

Unidentified Man: Davy, the barman, brought their drinks. It was strange, Quirke reflected, that he never got to like the taste of whiskey, or of any alcohol, for that matter. Even in the wild times, after Delia had died, the sour burn of the stuff had always repelled him a little, though he had still managed to pour it into himself by the jug-full.

Mr. BANVILLE: Quirke's pub in the books is an amalgam of three or four pubs - a little world, a little world. A lot of alcoholism - I mean serious alcoholism. People wrecked by drink, people of talent who drank their talent away, who went home and hit their wives, beat their children. You know, it was it was grim. But a lot of good work got done. People managed to write wonderful poetry. They used to write wonderful novels.

I have said this too many times and I have said it very stupidly, that I that I hate my books. I should add the rider that they're better than everybody else's. They are just not good enough for me. It's the constant search for perfection, the perfect sentence. That's what drives me.

INSKEEP: That's the Irish crime writer John Banville, who was recorded in Dublin by NPR's Philip Reeves. The readings were from the novel "Christine Falls," which he wrote under pen name Benjamin Black.

'A Death In Summer' Starts With A Mysterious Suicide July 2, 2011
'Silver Swan' Marks a Switch to Mystery for Banville April 7, 2008