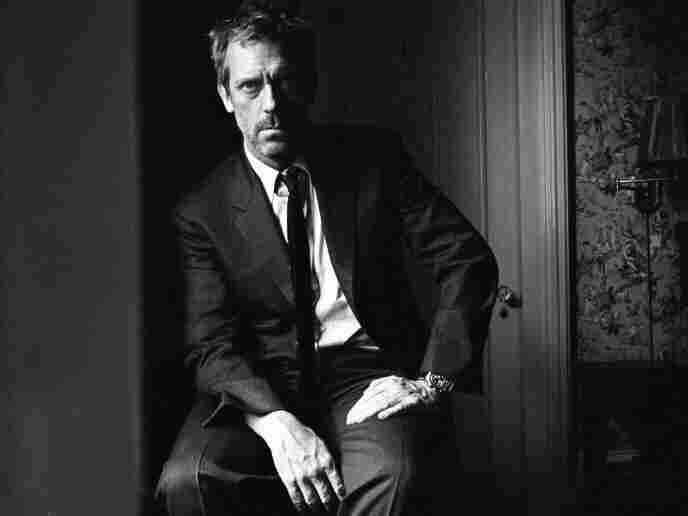 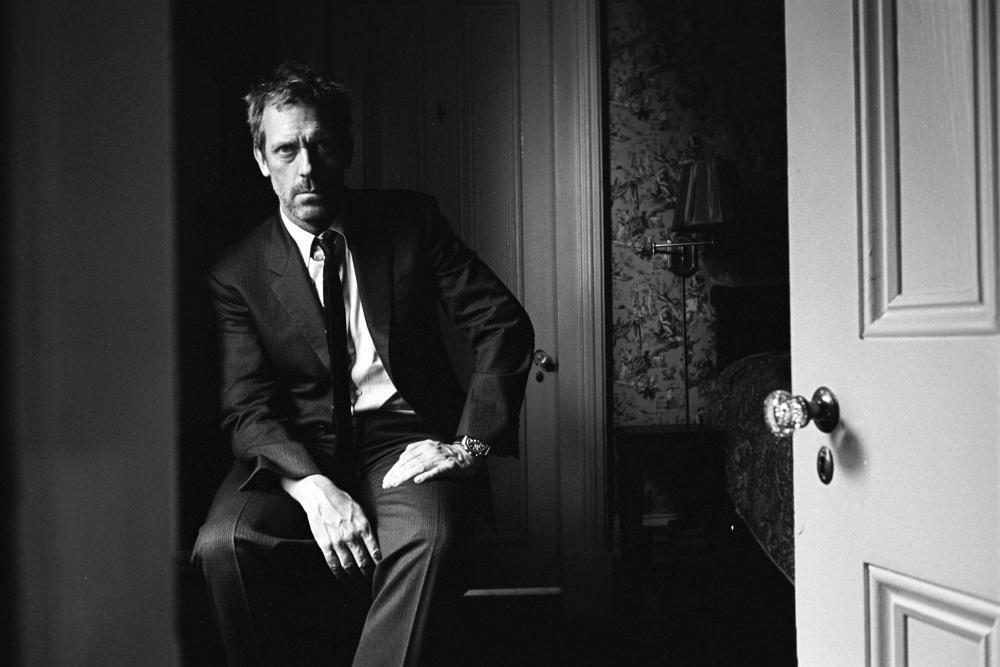 Fans of the TV medical drama House know actor Hugh Laurie as the sardonic, limping, Vicodin-popping title character, Dr. Gregory House. From time to time, Dr. House will noodle at the piano, and that's no act: Laurie started playing piano as a child in England. Now, on his debut album Let Them Talk, he's romping through the music he loves best: New Orleans and Delta blues.

"I wanted to appear — if you don't mind me saying — I wanted to appear naked, because I am surrounded by wonderful, wonderful musicians," Laurie says. "I didn't want to hide behind them. I wanted to sort of come out and to appear as nakedly and as honestly as I could and say, 'Well, this is me doing this. This is what it's going to be. This is what I love and this is how it sounds, and take it or leave it.' Well, take it. Please don't leave it."

Laurie starts the liner notes of Let Them Talk with a bold disclaimer: "I was not born in Alabama in the 1890s. You may as well know this now. I've never eaten grits, cropped a share or ridden a boxcar." In an interview, Laurie assures All Things Considered host Melissa Block that this is all true.

"Although, by the reference to the 1890s, I was slyly trying to make it clear that actually no one currently making records was born in the 1890s," Laurie says. "But, yes, I am perfectly well aware of the fact that I'm not conventionally qualified to play this music. It's easier for a camel to pass through the eye of a needle than for a rich man to make a blues record."

For Laurie, his love of the blues goes back as far as he can remember, but, he adds, "that's not saying much, because I can't remember more than an hour ago."

Hugh Laurie On Spending Time At His Piano

"I was a small boy — 10, 11, 12, probably somewhere around there," Laurie continues, "when I first heard a blues song on the radio. It was a jolt of electricity. It grabbed me by the throat, it made me shiver. And I knew from that moment that this was for me and this would be with me for the rest of my life. I've never really moved on, but then again, I haven't moved on from 10 years old in all kinds of ways. I know that."

At the time that he heard that song, Laurie was already a piano player — or rather, a piano player "driven at the point of a sharp stick through some token piano lessons."

"I absolutely hated it," Laurie says. "I actually went on a hunger strike for three days, which, again, doesn't sound very long. That's not exactly suffering, is it? But, you know, at 10 or 12, probably, three days is quite a long time. And then my mother cracked — the 'warden' cracked — and she allowed me to give up the piano, which is not something I'm proud of. I can't read music, and even the sight of dots on a page makes me go slightly clammy. I didn't come back to the piano until [my] late teens, and then just started fiddling about on my own."

Stephen Foster's "Swanee River" is often played as a melancholy lament, but Laurie and his band "let rip" on a barrelhouse stomp. Laurie cackles in the background of the song and admits that he "was having a very good time."

"Back in the far-off distant past, when I was struggling through these piano lessons, which I didn't enjoy, the only song in the book that we were working from that I thought even vaguely resembled [a] blues song was 'Swanee River,' " Laurie says. "It kept me going. It was the oasis on the horizon, and we crawled across the desert of these awful French lullabies and polkas that you have to learn to get there. And when we arrived, my piano teacher, she turned the page and she looked at it and went [imitating teacher], 'A negro spiritual, slightly syncopated. No, I think we'll leave that.' We skipped it. And that was the moment that I knew that classical music was not for me, so this has always been with me, this song, for that reason."

With a swampy song like "Buddy Bolden's Blues," Laurie dips into a lot of vocal expressions. He admits that it's a little like going into character as he would on House, but not quite.

"When acting, I am acutely conscious, sometimes overly self-conscious, I think: 'Put your eyebrow back where it was, turn to the left,' " Laurie says. "I'm sort of very consciously adopting this character, but with music, I don't know. I found it was a question of just closing my eyes and just sort of letting things come out. Acting is largely about putting on masks, and music is about removing them."

Laurie says music is liberating. After a day of work — "shouting, limping and pulling faces" — he goes straight to the piano, where he can sit for "10 minutes or five hours."

"For some reason, I will always be drawn back to Professor Longhair and Allen Toussaint, James Booker and those kinds of players," Laurie says. "I don't know why. There's something about the romance of their playing that still just makes me shiver. It still makes me shiver."