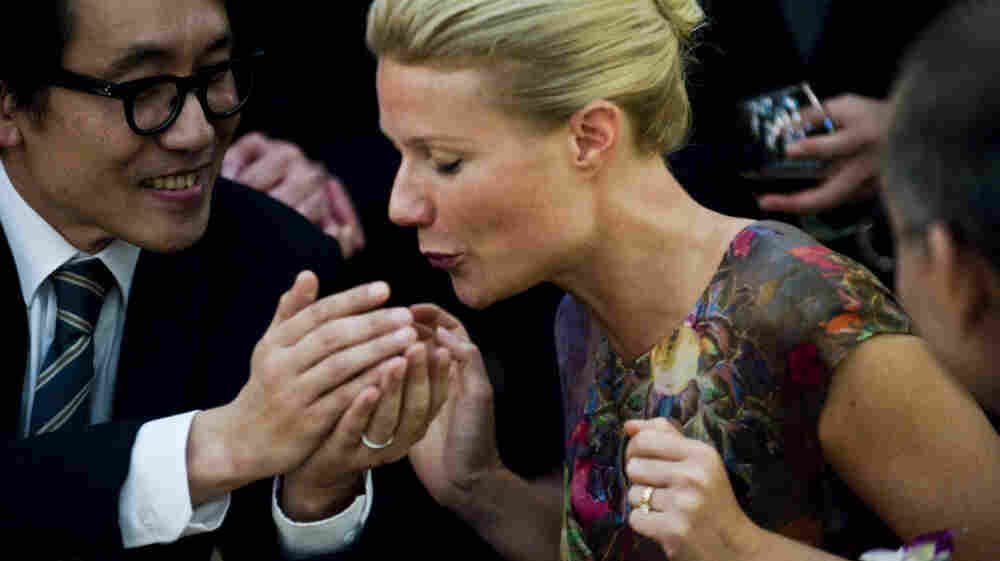 From 'Contagion' - 'She Said She Was Jet-Lagged'

'She Said She Was Jet-Lagged'

From 'Contagion' - 'My Job Interview Got Pushed'

'My Job Interview Got Pushed'

From 'Contagion' - 'It's Figuring Us Out'

'It's Figuring Us Out'

Being a star is no guarantee of survival in Contagion, a sober, methodical bug hunt in which even household names bite the dust.

Fortunately there are plenty to go around, as Elliott Gould and Gwyneth Paltrow are as likely to wind up in body bags as Matt Damon and Kate Winslet. Seeing this much imperiled talent crammed into a single movie recalls the 1970s heyday of disaster dramas (and value-for-money moviegoing), when over-emoting A-listers scrambled to survive flaming buildings, sinking ocean liners and terra less-than-firma. This time the threat, however, is invisible: a deadly virus replicating more aggressively than a reality-show mom on fertility meds.

As though using an Arthur Hailey novel as a template, director Steven Soderbergh and screenwriter Scott Z. Burns weave multiple characters into a narrative that's complex without being confusing, and intelligent without being baffling. A sushi chef in Hong Kong shakes Gwynnie's hand while she's on a business trip; she hugs a colleague, who sneezes in an elevator; one of its passengers coughs on a crowded bus. All become sick, and 1 in 4 dies — but not before sharing germs with everyone in their vicinity.

Global in scale but very particular in focus, Contagion unfolds as an engrossing, believable search for patient zero and an effective vaccine. ("It's not a good time to be a rhesus monkey," remarks one character dryly.) More grounded in science than suspense, its rhythms evoke the steady beat of the crime procedural as the Centers for Disease Control (represented by Laurence Fishburne, Kate Winslet and a terrific Jennifer Ehle) and the World Health Organization (fronted by Marion Cotillard) work to save lives and stem panic.

Even so, the film's most chilling images are not of the frothing, twitching infected, but of a civilization slowly disintegrating. Scenes of plush boardrooms and serene laboratories alternate with plundered pharmacies, cordoned cities and deadly home invasions. But this is no special-effects extravaganza: Choosing the simmer over the boil at almost every turn, Soderbergh and Burns have crafted an even-tempered drama that flares only occasionally into brief violence. Tension is muted and cumulative; like the virus it hunts, Contagion creeps under the skin. 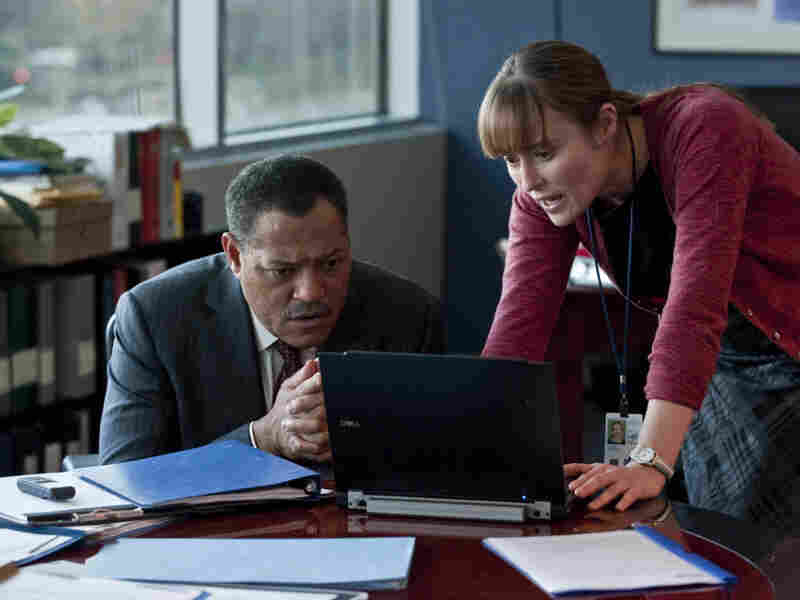 Bug Chasers: Laurence Fishburne and Jennifer Ehle are among the researchers pursuing a treatment for what quickly becomes a global pandemic. Claudette Barius/Warner Bros. hide caption 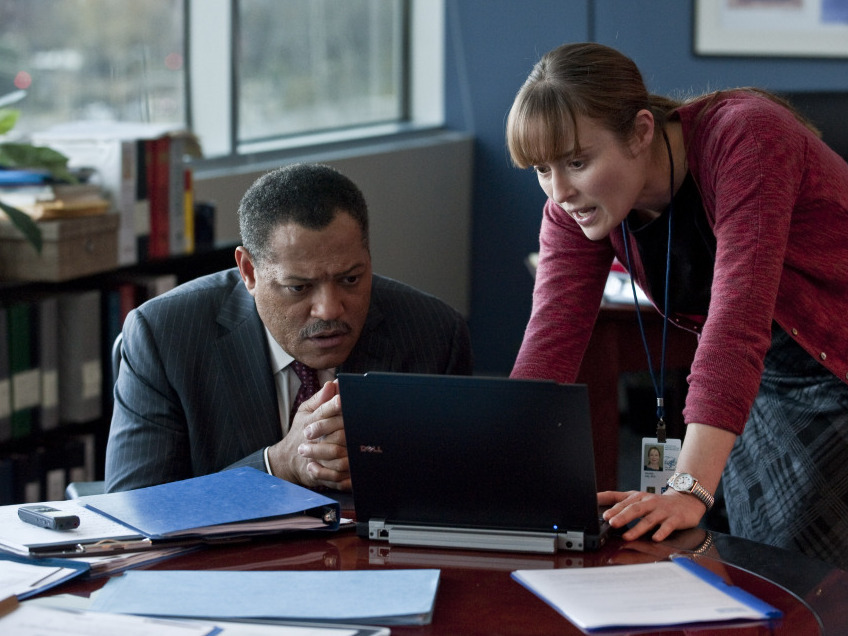 Bug Chasers: Laurence Fishburne and Jennifer Ehle are among the researchers pursuing a treatment for what quickly becomes a global pandemic.

Anchoring the chaos, a worn-looking Matt Damon is quietly effective as a bereaved Everyman anxiously protecting his teenage daughter. The character is a crucial emotional touchstone, and Soderbergh checks in with him regularly to remind us of the microeffects of macro policies. Nor does he neglect the clash of multiple agendas, suggesting that Hong Kong's embarrassment over the SARS epidemic could affect its leaders' actions in another crisis, and illustrating the way high-profile officials can become valuable hostages to those who have always felt overlooked and undervalued.

Cool-headed and cooler-toned (Soderbergh shot the film as usual under the pseudonym Peter Andrews), Contagion wigs out only when it comes to the character of Krumwiede, a hungry English blogger embodied by an appropriately skeevy Jude Law. Understanding that information is also viral, the film dumps all its paranoia and conspiracy fears into Krumwiede's self-aggrandizing lap, using his blog posts and the panic they inspire to warn that sometimes the most dangerous minds have the widest reach.

The most terrifying aspect of Contagion, ultimately, is the plausibility of its premise. Meticulous and low-key, the film reminds us that disaster lies in the most mundane interactions. Enjoy; but don't forget to wash your hands afterward. (Recommended)