Accessibility links
U.N. Review Of Israeli Flotilla Raid Reopens Wounds Turkey expelled Israel's ambassador and downgraded relations after the release of a U.N. review of last year's Israeli commando raid on a Turkish flotilla en route to Gaza. The panel found that the blockade of Gaza is legitimate, but said the commandos' tactics were "excessive and unreasonable." 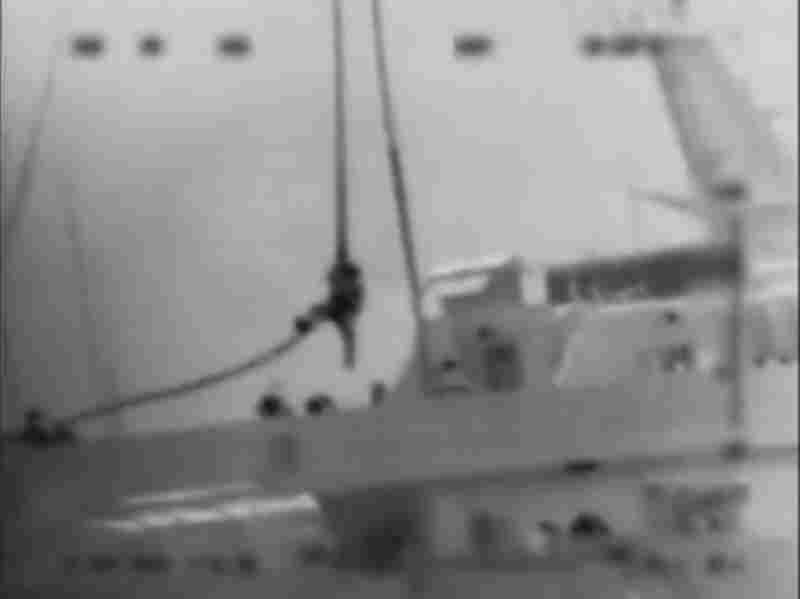 The U.N.'s review of an Israeli commando raid on a Turkish flotilla last year was intended to help resolve the matter, but its release Friday only seemed to reopen the wound.

While Israel was pleased that the panel found its blockade of Gaza legitimate, Turkey has expelled Israel's ambassador and downgraded relations.

Led by former New Zealand Prime Minister Geoffrey Palmer, the panel's report has a dual message for Israel. It says Israel's naval blockade of Gaza is a "legitimate security measure" meant to keep weapons out of the hands of Hamas, the militant group that runs the coastal territory.

But, the panel continues, the way Israeli commandos boarded a Turkish vessel trying to break the blockade last May was "excessive and unreasonable."

Oren says Israelis hope this will close the chapter on the flotilla incident, but that Israel still won't apologize to Turkey. "We can't apologize for what the U.N. says was an attempt to violate and break a legal blockade that was necessary for Israel's defense," he says.

Without that apology, Turkey decided to kick out Israel's ambassador and other top officials and suspend all military agreements. Turkey's ambassador in Washington, Namik Tan, says everyone knew this was coming.

"This is in no way against the historic relationship between Turks and Jews. This is against the policies and illegal, I think, actions of the Israeli government," Tan says.

Israeli commandos killed nine people in the May 2010 incident. The Palmer report says forensic evidence shows that most were shot multiple times, including in the back, or at close range. Turkey's U.S. ambassador says his country will pursue legal action against those responsible.

U.S. diplomats have tried to mend fences between Turkey and Israel. U.S. Secretary of State Hillary Clinton met with her Turkish counterpart in Paris. And there is reason for the U.S. to worry about having two key allies at loggerheads, according to Bulent Aliriza, who runs the Turkey program at the Center for Strategic and International Studies.

"The U.S. did try — and failed — to get the two countries to be on the same wavelength and to leave their differences behind, and frankly, at a time when they are grappling with all the implications of the Arab spring, this may be the last thing the administration wanted," Aliriza says.

And there doesn't seem to be an easy fix, he says.

"The current government in Turkey seems determined to push ahead in demanding an apology and the current government in Israel seems determined not to give way on this issue," Aliriza says. "And given the fact that they are on opposite sides of the Palestinian push for statehood at the United Nations later on this month, the relationship seems set likely to be even more tense in the weeks and perhaps months and years ahead."

Israeli officials say they value their relations with Turkey and want to move forward, and they are still studying the Turkish action.

Tan, the Turkish ambassador, argues it's next to impossible to have a sustainable peace in the Middle East in the absence of relations between the two countries.