Accessibility links
On Location: Prince's Guide To '80s-Era Minneapolis, In 'Purple Rain' The movie that gave Prince his screen debut was also an ode to the diverse music scene of the artist's hometown. When the movie came out in 1984, funk, R&B, indie and punk all thrived. Today locals say that diversity is the movie's legacy. 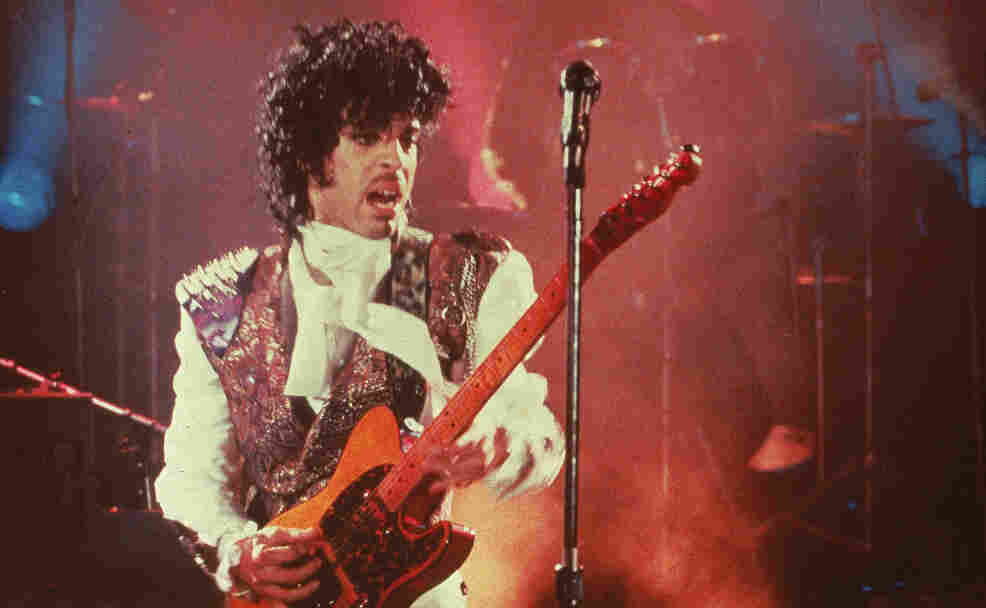 Prince, onstage at the Minneapolis nightclub First Avenue, in a scene from the film Purple Rain. Warner Brothers/AP hide caption

From the opening scenes of Purple Rain, as Prince and the Revolution rock the stage of the cavernous First Avenue nightclub, it's clear that the city of Minneapolis, with its thriving music scene, is going to be a character of its own. 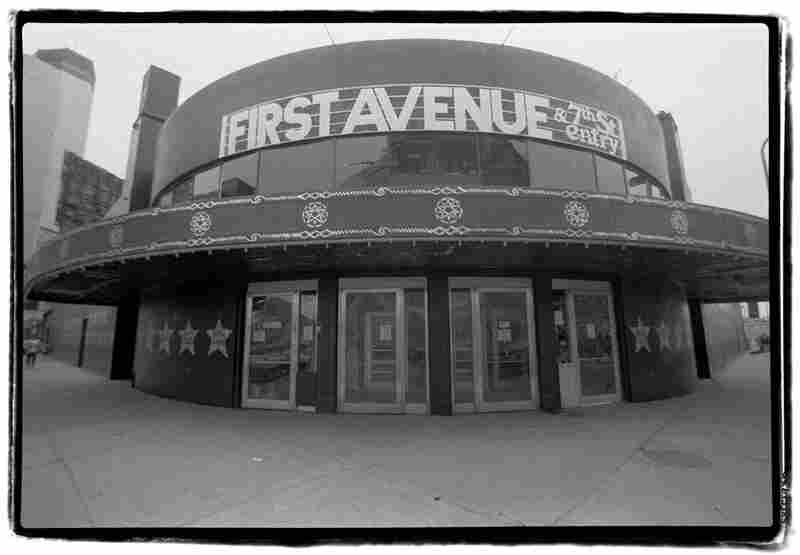 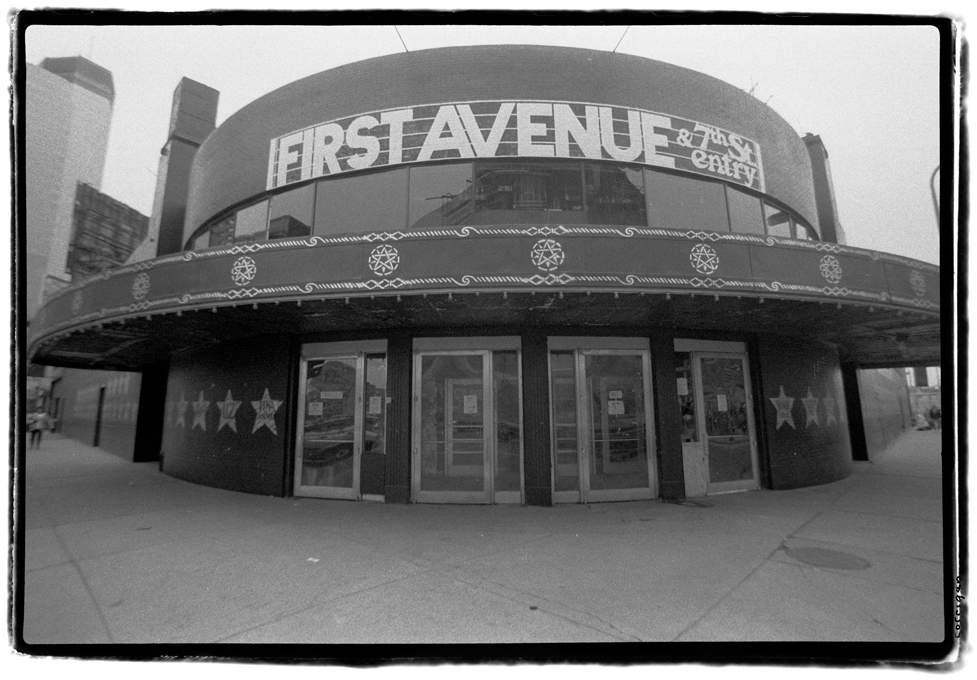 The First Avenue nightclub during the Purple Rain era.

In 1984, when Prince made his film debut in the semi-autobiographical movie, he was already a homegrown star, a Minneapolis boy who cut his musical chops in the city's kaleidoscopic music scene.

By the time Purple Rain was filmed, Prince was already a regular on the First Avenue stage. But in the film, Prince plays The Kid, a talented and charismatic musician with a lot to prove, who channels his angst into his music. He's got plenty to go around. Beset by the demons of domestic abuse at home, his music doesn't go over with the manager of the hottest club in town.

Apollonia Kotero, who played the beautiful aspiring singer with whom The Kid begins to fall in love, says she was already familiar with the diverse music scene in Minneapolis by the time she arrived. She even knew about the club where Prince took her on the night of her audition for the film.

"I remember it was crowded and all these people were staring," she says. "And I thought, 'Oh, this is like, this is like his place!' And we danced!" 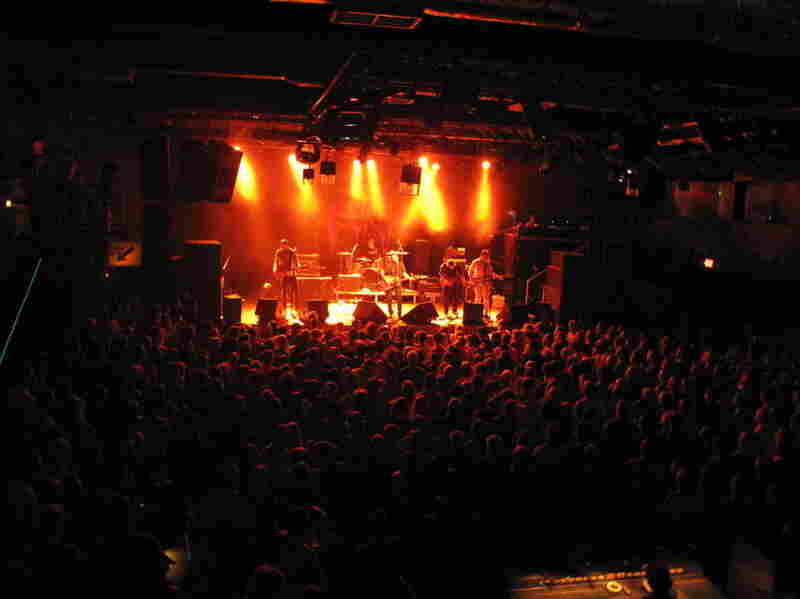 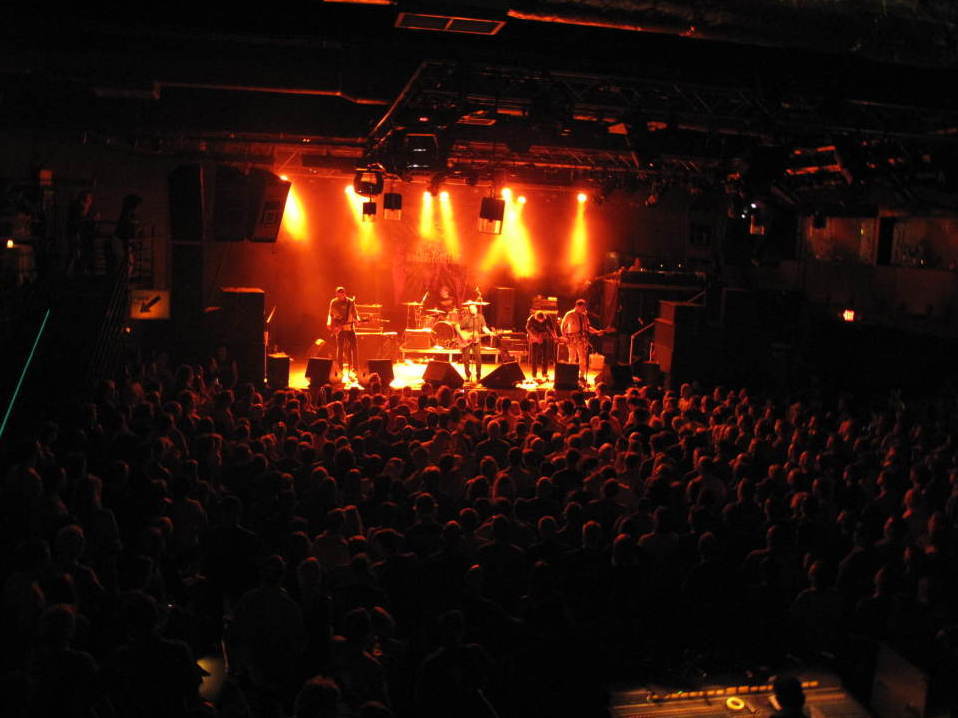 Roy Freedom, who has been a DJ at First Avenue for 30 years, says that Prince's music fit right into the club's cutting-edge vibe in the 1980s.

Jon Bream, a music critic who has been with the Minneapolis Star Tribune for 36 years, first saw Prince perform at the Capri Theater here in 1979.

"That's one of the great blessings of him growing up here," Bream says. This live music town, he says, had a mix of sounds when Prince was coming up that included punk, garage rock, funk and R&B. "So he didn't limit himself to R&B music. He listened to everything. He listened to a lot of classic rock and got a lot of influences in his music."

When Purple Rain came out in 1984, it drew attention to Minneapolis, but many figures in the local music scene don't think the movie really had a huge effect on the city's music. Especially since, at the time, it was already boasting other hot bands like The Replacements and Husker Du. 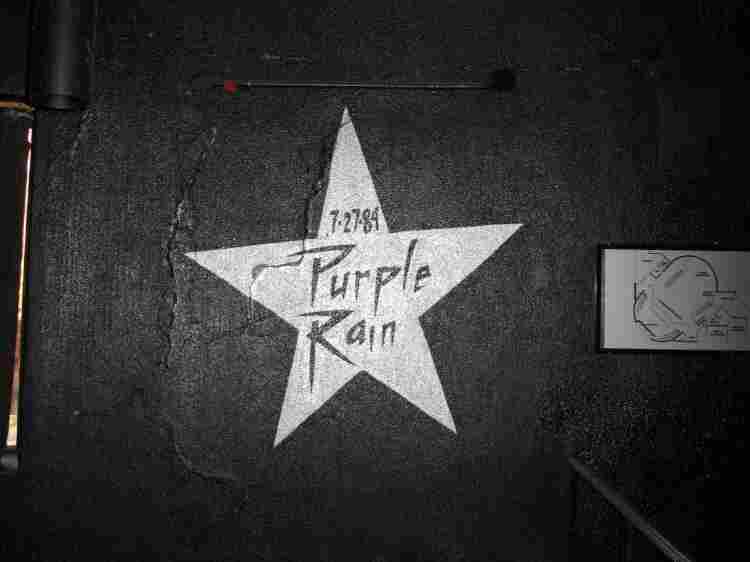 A star commemorating the filming of Purple Rain painted on the wall inside First Avenue. Allison Keyes/NPR hide caption 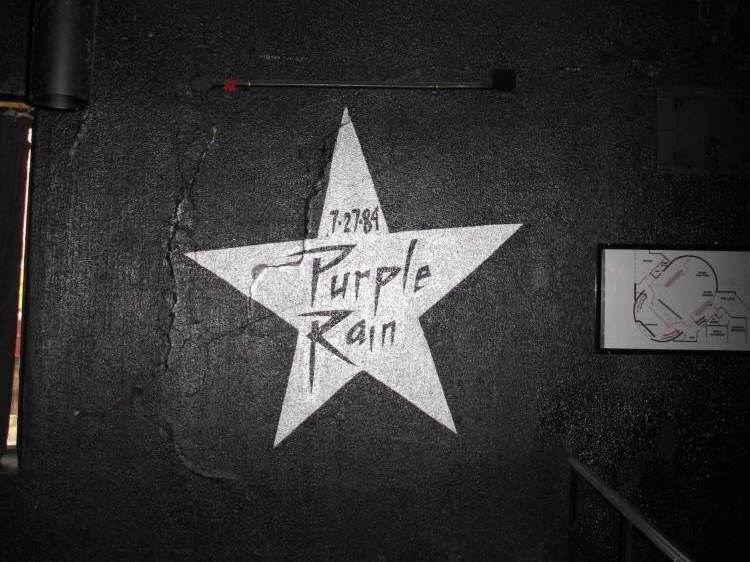 A star commemorating the filming of Purple Rain painted on the wall inside First Avenue.

"The movie had absolutely no relevant bearing on anything," says Steve McClellan, who spent more than 30 years in booking and management at First Avenue. McClellan calls Prince a fantastic artist whose music broke down some racial barriers that used to effect Minneapolis clubs in the '80s. But, he says, the movie itself didn't improve local music.

"A lot of mediocre bands were created very quickly because the major labels signed anybody funk," McClellan says. "That happens in every market, right?"

Recording engineer Joe Mabbott runs the Hideaway Studio in Northeast Minneapolis, where he has recorded many of the city's notable hip-hop musicians including P.O.S., Brother Ali, Dessa and Atmosphere. He says the local music scene remains diverse to this day.

"I think it helps that Purple Rain was done here in the area, but obviously it's gone way past that," he says. "A huge array of styles of music, from hip-hop to traditional Irish folk music to everything in-between, basically."

But Bream says Prince — and Purple Rain — changed the stakes for musicians in Minneapolis. "People knew you could make it out of here and make it big. Bob Dylan is from here. He went to college here, but he had to move to New York to make it," he says. "Prince proved you could stay here to make it, and you could make it huge."

The movie's mystique clearly lives on: Bream says that almost any big-time rock band that comes through Minneapolis on tour makes some comment about Prince and Purple Rain, especially if it plays First Avenue.