Accessibility links
The Effect Of An Absent Clause On Dr. King's Cause There are hazards in paraphrasing important quotes, as poet Maya Angelou pointed out when she criticized the new Martin Luther King Jr. memorial on the National Mall. Excerpts are often reduced to clips, bites and tweets, and quotes get transformed to fit — or get attention. But this is not new. 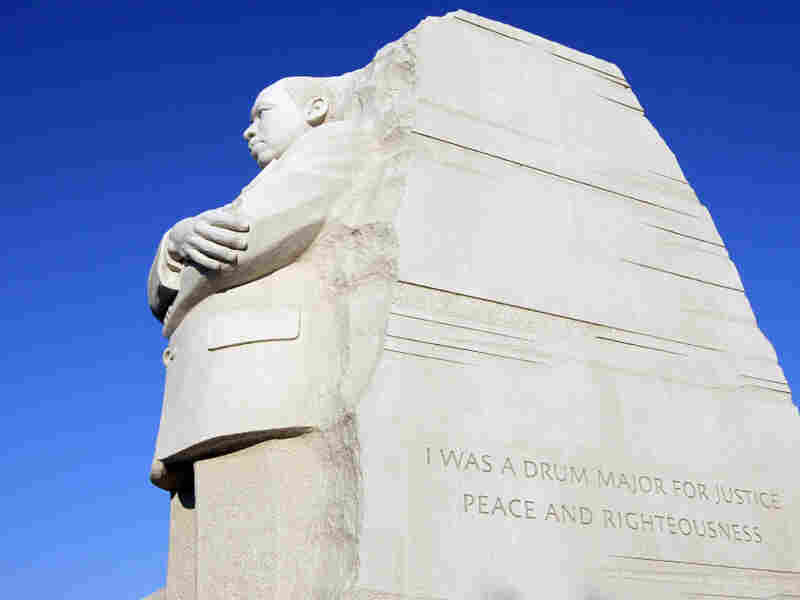 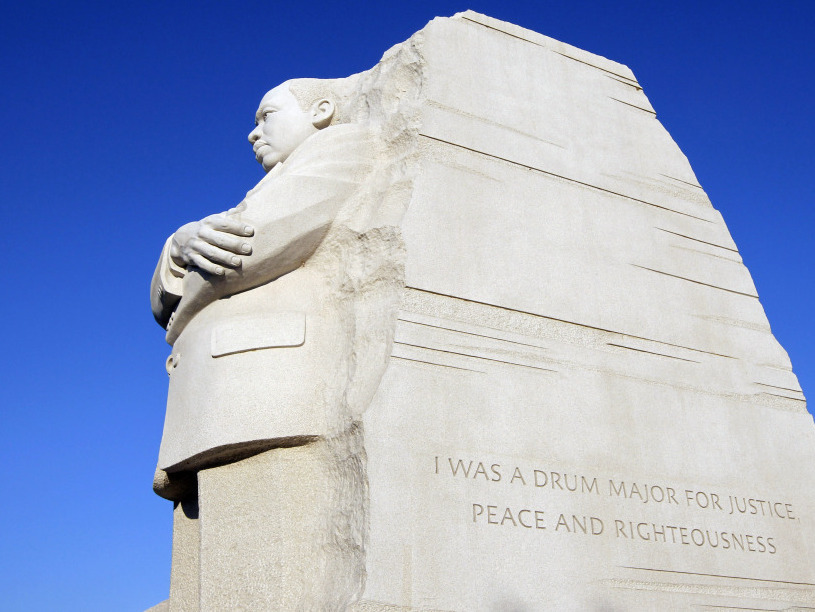 There's a quote carved into the new Martin Luther King Jr. memorial on the National Mall: "I was a drum major for justice, peace, and righteousness."

Except, as poet Maya Angelou pointed out this week, it's not a quote. It's a concentrated paraphrase that takes a word here and there from a speech that begins with Dr. King saying that he didn't wanted to be lauded, but --

Ms. Angelou, a consultant to the memorial, said the words as chiseled, "makes Dr. Martin Luther King look like an arrogant twit. ... The 'if' clause that is left out is salient. Leaving it out changes the meaning completely."

The memorial's chief architect told NPR that the quote was "a paraphrase of the original statement based on design constraints."

Meaning, I suppose, "Hey, there's only so much room on the wall."

Even in these days of multiplying media platforms, there's only so much room on the wall. Excerpts are often reduced to clips, bites and tweets, and quotes get transformed to fit — or get attention. But this is not new.

Leo Durocher didn't say, "Nice guys finish last," although he liked to note that quote put him in Bartlett's between two British poets. He saw the 1948 New York Giants take the field and told a sportswriter, "They're all nice guys. But they'll finish last."

The sportswriter — or, reporters prefer to think, an editor — squashed the sentences together to turn a pennant prediction into a character judgment.

Edmund Kean, the celebrated 19th century Shakespearean actor, is often quoted as saying on his deathbed, "Dying is easy. Comedy is hard."

In fact, it was uttered by Edmund Gwenn, the 20th century actor best known for playing Santa Claus in Miracle on 34th Street. But it sounds more profound as the final breath of a man who played Hamlet, not Kris Kringle.

Another inscription on the Martin Luther King Jr. memorial quotes him as saying, "The arc of the moral universe is long, but it bends toward justice."

President Obama even has this sentence sewn into the rug of the Oval Office as a quotation from Dr. King.

It was actually said by the Reverend Theodore Parker, the Boston abolitionist who died in 1860. Dr. King, an eloquent man who appreciated how hard it is to write a memorable line, always cited Reverend Parker.

But as they said in The Man Who Shot Liberty Valance, "When the legend becomes fact, print the legend."

When the architect of the King memorial was asked if he would change the quotation, he said: "It's set in stone."