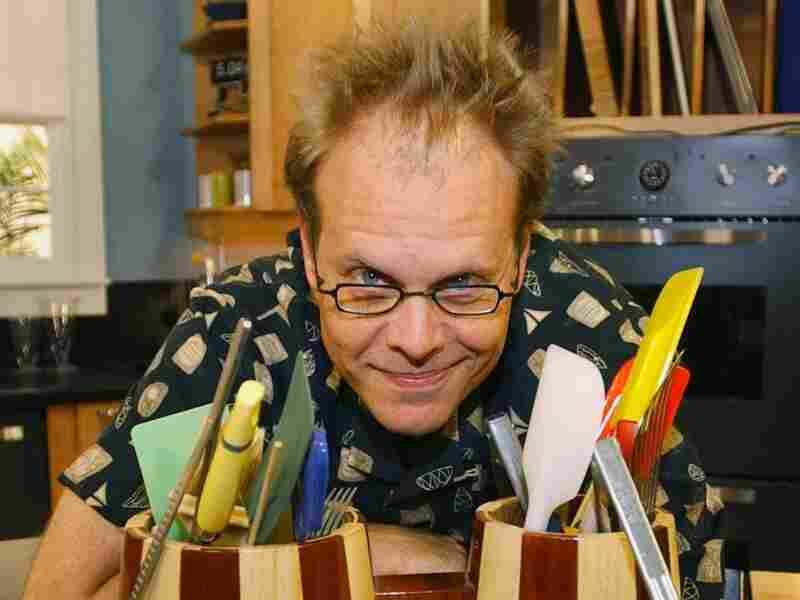 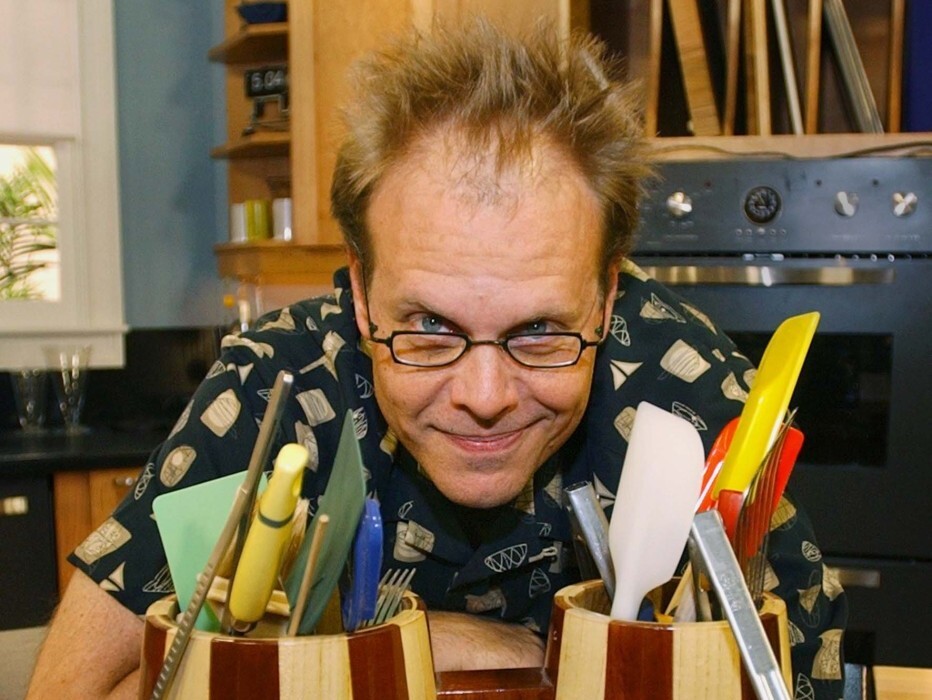 Alton Brown on the Atlanta set of his creative cooking show, Good Eats.

He's as often in front of a blackboard as he is in front of an oven. Brown uses quirky skits, puppets and props to serve up the history and science of food — and the secrets of simple great eating.

Good Eats has a large, loyal following of fans and they're all about to be very disappointed. The show taped the final episode this week after 13 years of being on-air.

Brown says he wants to go out on top and that his new projects will be a nice segue from the show.

"I've got so many other projects I'm willing to do," Brown tells NPR's Laura Sullivan, "and yet I'm not willing to let Good Eats slip down to even 95 percent."

In a way, Good Eats is like a mini-documentary about food. There's much more production involved with screenplay scripts and mounds of research that goes into each show. Brown writes, directs, and is also a producer on the show.

Even with all the work, the focus has been on foods everyone knows and eats, like meatloaf, waffles and scrambled eggs. Brown says each episode looks to take those foods and make them better.

But Brown hesitates to peg it as a cooking show. To him, the show has never fit perfectly into one category.

The style can be summed up with a note Brown wrote to himself in the early 1990s:

"I wrote down Julia Child, Monty Python, Mr. Wizard and thought if I could put those three things together, that would be fun," he says.

Throw those three ingredients in a blender and out comes Good Eats.

Learning Through Your Stomach

With that unique style, Good Eats has become a beloved show that you can learn from. An audience can learn a better way to make frosting and that a dairyman named William Lawrence invented cream cheese — all in one episode.

"We've always thought if we could entertain and tell good stories, be very visually arresting, then people will soak up the information," says Brown, "and we slather that information on very thick."

It might be factoid heavy show, but Brown says he has never talked down to his audience.

"I think everything is accessible. You just got to tell the story right."