Accessibility links
First Listen: St. Vincent, 'Strange Mercy' From the first lip-curling guitar buzz, Annie Clark demonstrates a mastery of her instrument — not to mention her songwriting, which serves as the backbone of her third and best album so far. 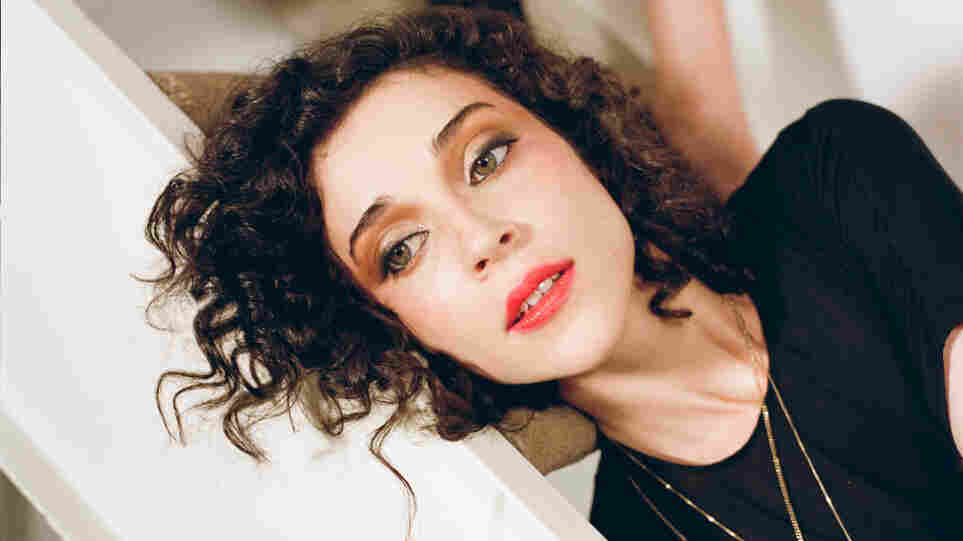 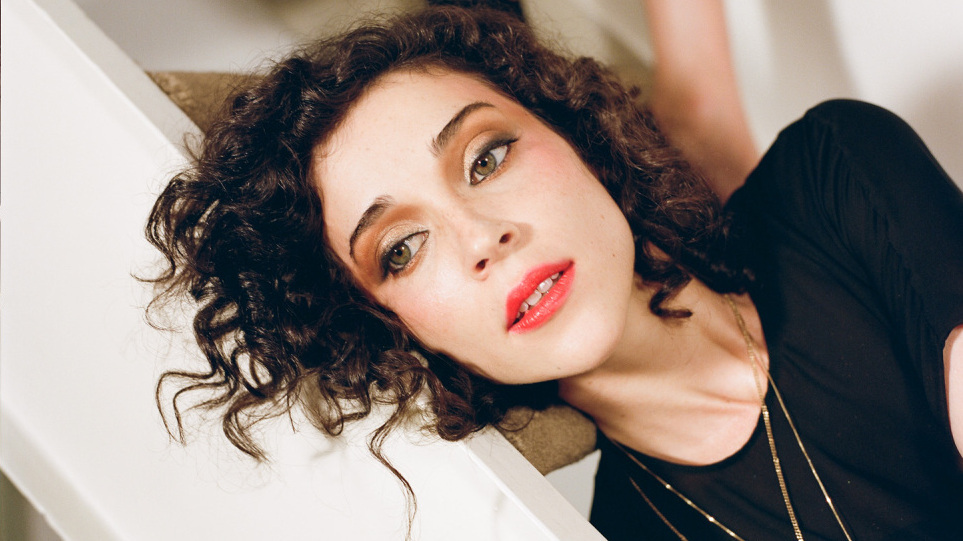 St. Vincent's Annie Clark returns with her best and most immediate work, Strange Mercy, out Sept. 13.

Annie Clark's popularity has grown considerably in the past few years — from a costumed member of Polyphonic Spree and winged member of Sufjan Stevens' band to an exceptional artist in her own right as St. Vincent — but so too have her musical gifts. For all that's been said about her beguiling vocals and her knack for fearlessly creative compositions, what shines throughout St. Vincent's new Strange Mercy is Clark's guitar work. From the first bit of lip-curling guitar buzz in "Chloe in the Afternoon" to the freak-out riffs of "Northern Lights," it's clear that Clark has mastered her instrument in a way increasingly few in indie rock do. She manipulates and contorts and totally shreds on the guitar, creating a full arsenal of textures that provide the backbone of St. Vincent's third and best album so far.

With the aid of producer/engineer John Congleton, Strange Mercy builds upon the groundwork laid on her previous records: Marry Me, with its ornate pop songs, was more or less a laptop construction, while its ambitious successor, Actor, took similarly intricate compositions and fleshed them out with fuller, darker arrangements. So it makes sense that St. Vincent's latest work continues this path of musical expansion. Songs like the buoyant "Cruel" — with its overlapping, synthy hooks — are complex, with engrossing layers of melodies and counter-melodies that reveal new dimensions with each exposure. But with all that searing guitar work and a new-found love of analog keyboards (check out that wailing, Future Shock-conjuring synth solo at the end of "Surgeon"), Clark's music feels wide-open and urgent.

St. Vincent is also masterful at pairing just the right instrumental touches with unsettling lyrical phrases. Listen to the way "Dilettante" seethes with anxiety, as Clark sings, "While you are sleepin' / my mind goes creakin' down the hall," amid distorted bursts of wah-wah keyboards and militaristic snare-drum attacks. She tends to pepper her lyrics with violent imagery, but she often disguises it with a sweetly seductive voice and an alluring image.

Many of these songs tap into feelings of loneliness, alienation and the things left unsaid in a dysfunctional relationship. "I've had good times with some bad guys / I've told whole lies with a half smile," she sings in "Cheerleader," which begins as a sparse portrait of heartache before piling on noise with explosive fury.

What's most impressive about St. Vincent is that, after three albums, Clark continues to surprise and challenge. Strange Mercy almost feels like a culmination of her evolution, and while there's no doubt she'll keep making new music, it's difficult to predict where she'll go next; it's easy to imagine her taking any number of musical routes, if not all of them. That's an exciting prospect.