Accessibility links
The Clown Of The Orchestra Takes Its Revenge The bassoon has a dubious place in pop culture, often used in movies and TV to make odd moments sound even more awkward. But advocates of the instrument say it can convey just as much romance and gravity as its brethren. 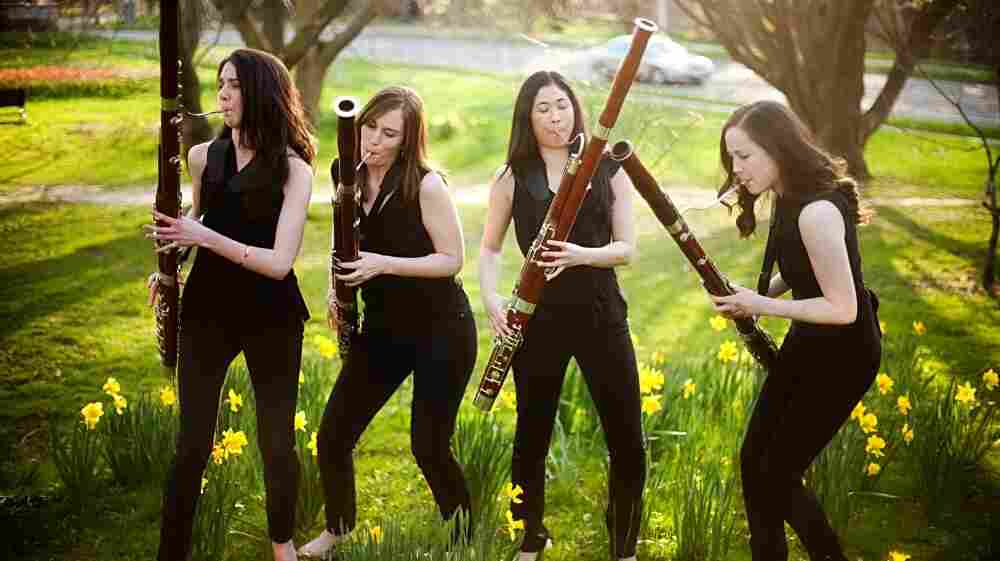 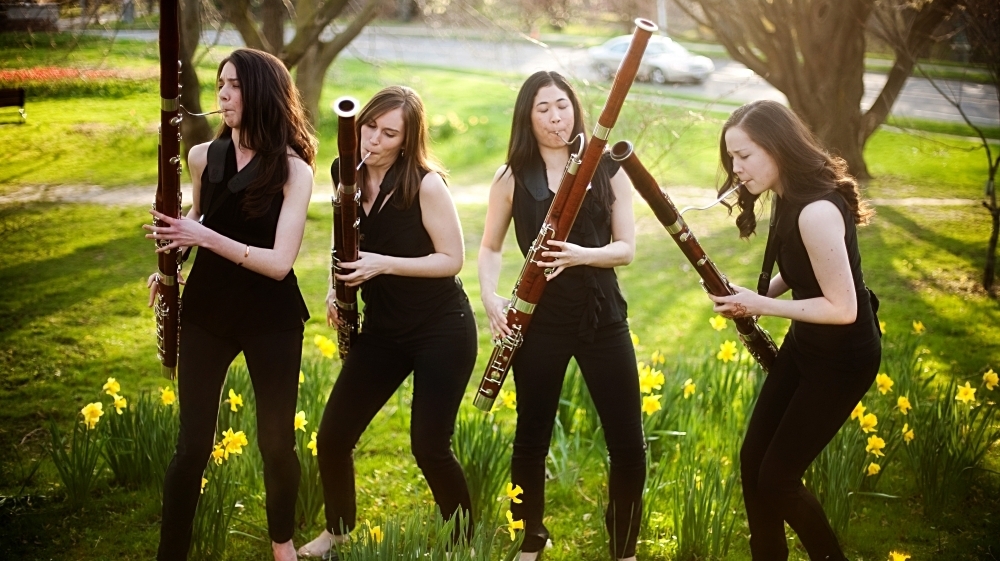 You might think you haven't heard the bassoon outside a concert hall before, but you have: The woodwind instrument features prominently in the theme music of Leave It To Beaver, represents the grandfather character in Peter and the Wolf, and scores Mickey Mouse's misadventure with the dancing broomsticks in Fantasia. Notice a trend there?

" 'Uh oh — things are going comically awry!' That's the way I think it is most often used in television and movies," says Eileen Reynolds, who has played the bassoon since elementary school. "When I started playing it, I started getting these really strange comments from people. My dad said it looked like a plumber had gotten drunk, because there's all this tubing and keys."

The bassoon is one of the most difficult instruments in the orchestra to play, but people just don't take it seriously. That's not surprising when you get a glimpse of the thing: It's a double-reed instrument that looks like someone turned a bong into a saxophone. The reeds are connected to the instrument by a metal mouthpiece.

"And then it's attached to almost 8 feet of wooden tubing that's been fashioned with a bend in the bottom of it, so it's folded in half and the top part sticks up," Mark Eubanks says. "It looks like a bedpost."

Eubanks teaches bassoon at Lewis & Clark College. He says that, to understand how the instrument became the butt of jokes, one must look back to its birth in the 17th century.

'Bassoon playing was very bad in those days, because they had bad instruments," he says. "The wood warped. ... There probably weren't that many good bassoon players, so it probably took on the role as this quirky, nasty-sounding thing." 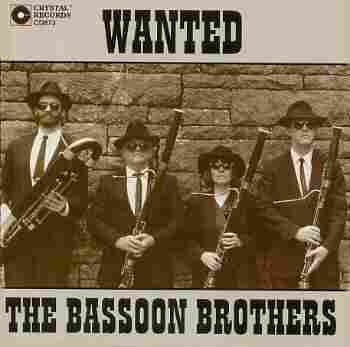 The Bassoon Brothers formed as a reaction to the instrument's well-worn comic reputation. Courtesy of the artist hide caption

The muffled, dark-sounding bassoon of the baroque era was so hard to play in tune that composers didn't write solos for it. But a century later, with better reeds and more keys, they began to take notice of its comic potential. Reynolds says Haydn's Symphony No. 93 and Beethoven's Sixth were some of the earliest to feature the bassoon as buffoon.

In this century, we've heard the bassoon in dopey pet-food commercials, in movie soundtracks and on sitcoms such as Curb Your Enthusiasm — where music supervisors often pick out the strangest bassoon sounds to make odd moments seem even more awkward. Eubanks says he is tired of the bassoon being typecast as the Rodney Dangerfield of instruments.

So Eubanks jams out with a group of other "oonists" — that's bassoonists, contrabassoonists, tenaroonists, and so on — who call themselves the Bassoon Brothers. (One of them is a sister.) Based in Oregon, the group has released three albums with some less traditional bassoon songs — including Jimi Hendrix's "Purple Haze," featuring a bassoon with a pickup and an amp.

Ben Wendel is another musician giving the bassoon a makeover. When he's not playing the sax, he's jazzing it up on the bassoon.

"There are very few bassoonists out there that deal in the world of jazz or improvising. We're the Illuminati of the jazz world or something," Wendel says, chuckling. "There's sort of a beauty of the limitations of that instrument: the fact that I actually can't do all the things I can do on the saxophone. I can't go 150 miles per hour."

The bassoon has also broken into the world of pop. Last year, a quartet of classically trained bassoonists, who call themselves The Breaking Winds, donned wigs and costumes to perform a Lady Gaga medley — the video of which quickly went viral. Even hip-hop isn't immune: In January, Kanye West bragged on Twitter about putting bassoon on a track.

Modern-day bassoonists aren't trying to change the sound of the instrument. They just want you to know that, while the bassoon can be bouncy and silly, it can also be jazzy, romantic and altogether serious.