Accessibility links
Palin Offers No Clues On Presidential Ambitions The former Alaska governor and GOP vice presidential nominee addressed a Tea Party rally in Iowa on Saturday. She criticized both President Obama and Republican presidential candidates, but said nothing about her own plans to run, despite her cheering supporters. 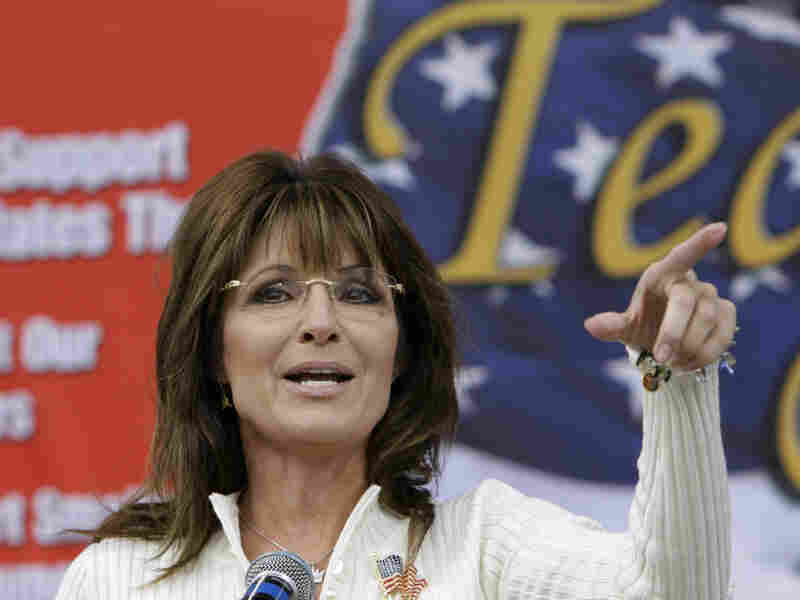 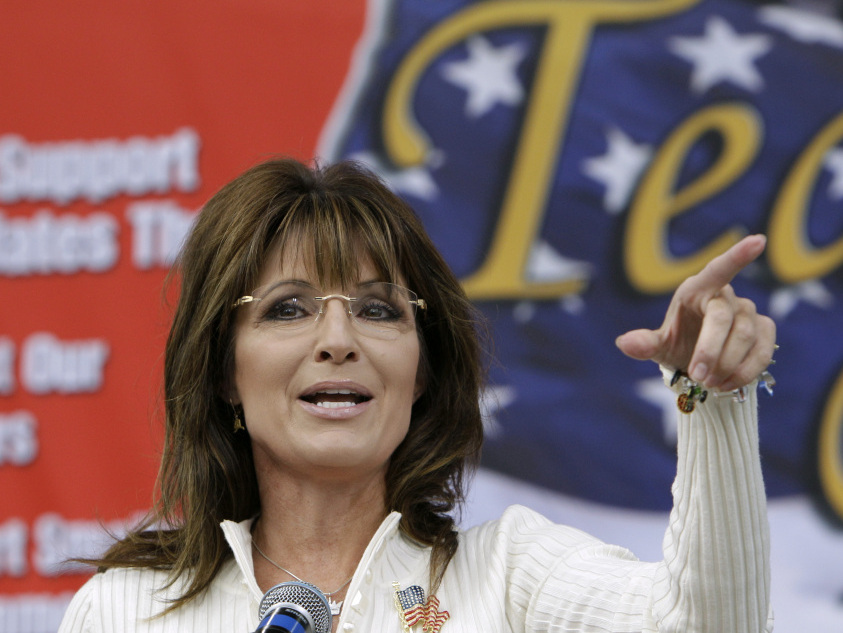 Former Alaska Gov. Sarah Palin offered her supporters no hint of her political plans during a speech Saturday at a Tea Party rally in Iowa.

The atmosphere was that of an end-of-summer county fair. There was plenty of food, lots of T-shirts for sale even some country music. But for the 2,000 or so people gathered on a soggy field in Indianola, south of Des Moines, Palin was the main attraction. It wasnt her first visit to Iowa, home of the nation's first presidential caucus next year.

Palin sounded every bit the candidate. She unveiled a five-point economic plan, what she called "a bona fide pro working man's plan that deals in reality, that deals in the way the world really works."

The former GOP vice presidential nominee sounded a populist theme. She called for ending corporate income taxes in return for ending corporate loopholes and bailouts. She blasted what she called the permanent political class in Washington, and had predictably harsh words for President Obama, whom she accused, among other things, of crony capitalism.

"Between bailout for Wall Street cronies and stimulus projects for union bosses, security and green energy giveaways, he took care of his friends and now they're on track to raise over a billion dollars so they can do it again," she said.

But not so predictably, Palin also lit into some of her fellow Republicans.

"Now to be fair, some GOP candidates, they also raise mammoth amounts of cash and we need to ask them to what if anything do their donors expect in return for their investments," she said. "We need to know this because our country can't afford more trillion dollar thank-you notes to campaign backers."

That may be a veiled jab at Texas Gov. Rick Perry, who has rewarded campaign donors with key appointments and contracts.

Palin has yet to reveal her cards, whether she plans to take on Perry and the rest of the GOP presidential field. She came tantalizingly close on Saturday.

"This is why we must remember that the challenge is not simply to replace Obama in 2012, but the real challenge is who and what we will replace him with. Because it's not enough," she said.

But the chants went unanswered by Palin.

That disappointed some of her fans, like Patrick Dwyer, who rode his motorcycle from Missouri for the event.

"I'm not the one to make the decision so I hope she does, but if she doesn't we'll muddle through," he said.

Dwyer says he could support Perry but he'd rather have Palin.

Jan Maclean is another Palin supporter who came a long way, taking a bus from Alexandria, La., to Beaumont, Texas, where she met up with other Palin backers.

She says Palin will announce when she;s ready and not a day before.

Palin will be in New Hampshire on Sunday, but again is not expected to announce that she's running. She seems content for now to remain on the periphery of the presidential race, feeding the hopes of her supporters, and keeping her own counsel.