Accessibility links
Wiffle Ball: Born And Still Made In The USA The slotted, plastic ball has wound its way into the fabric of America. And, unlike so many other cheap, plastic toys, it's still made in America, in Shelton, Conn. 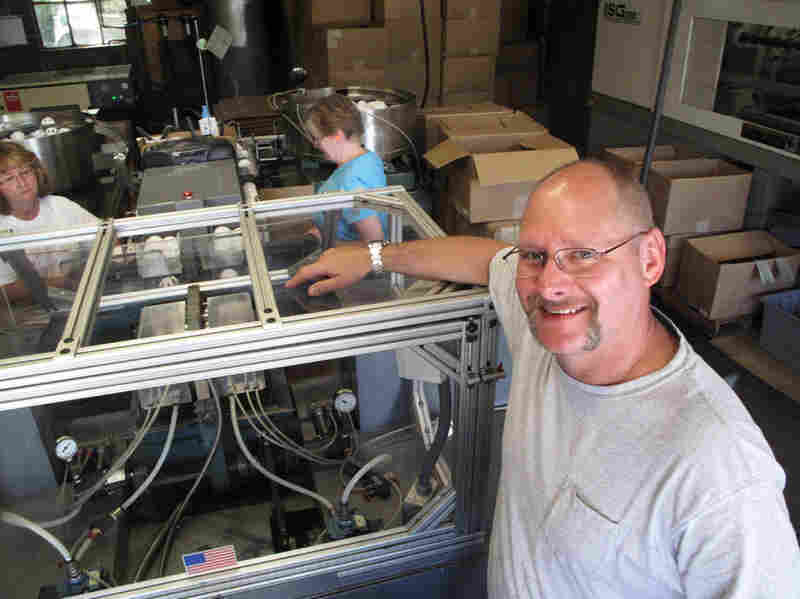 Stephen Mullany, who runs The Wiffle Ball Inc. with his brother David, poses in front of the machine that presses the two plastic ball halves together at a factory in Shelton, Conn. Mullany's grandfather invented the Wiffle Ball in the 1950s. Chris Arnold/NPR hide caption

The long Labor Day weekend is a time for backyard barbecues, catching up with friends and family, and for some, a game of Wiffle Ball.

Over the years, the Wiffle Ball has wound its way into the fabric of America. Those who don't even like baseball very much have taken a swing at that white plastic ball with the oval slots around one side.

There is something about the Wiffle Ball that's kind of irresistible — toy stores and even some hardware stores across the country sell them. And for consumers looking for a ways to spend more time outside, they're pretty cheap.

Many people might figure that a cheap plastic toy like a Wiffle Ball is made elsewhere, in someplace like China. After all, how can American companies compete on the cost of labor for little plastic toys?

But that assumption would be wrong — every Wiffle Ball ever made has come from Shelton, Conn.

And David Mullany, whose grandfather invented the Wiffle Ball, plans to keep it that way.

Video: How Wiffle Balls Are Made

The Wiffle Ball world headquarters is a small brick building by the side of the highway. David's brother, Stephen, says sometimes families driving by on vacation see the old Wiffle Ball sign on the building, will get excited and pull off the road.

"And the guy slams his brakes on and comes around and is like, 'This is it! You know, the Wiffle Ball factory,'" Stephen Mullany says. "And they expect the world headquarters, they expect to see this big building, and this is it."

Sometimes the brothers will show such visitors around the building.

At the heart of the small operation is a single machine that presses the two plastic halves together to make the finished Wiffle Balls. The machine resembles the glass-sided popcorn maker seen in movie theaters and pubs, but it popping out Wiffle Balls instead of popcorn.

"Once those two halves are made, you really need to get them put together, so this is where that happens," Mullany says.

Four balls at a time fall out of the bottom of the machine every eight seconds. And that's eventually enough to fill big crates full of Wiffle Balls that are then shipped out to thousands of toy stores around the country.

Not Made In China

So why isn't this being done, cheaper, in China? David Mullany says he's not interested in that. 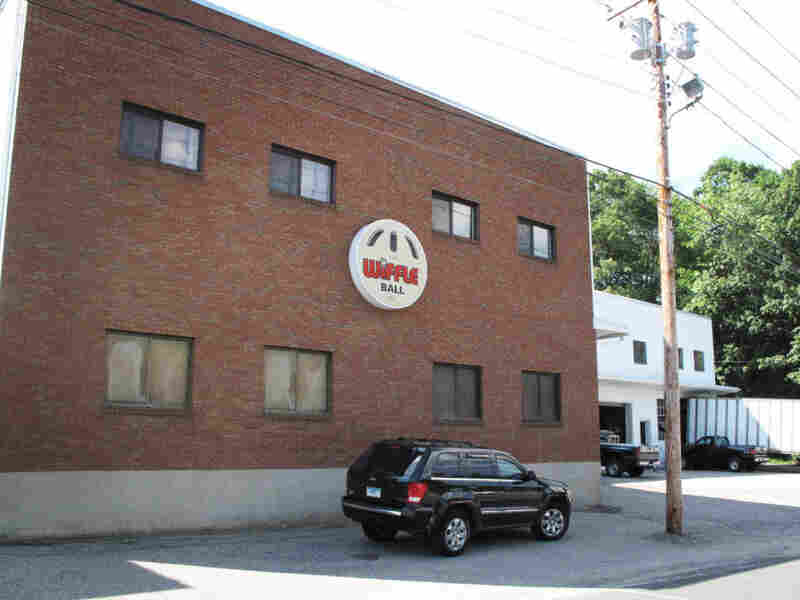 The Wiffle Ball headquarters in Shelton, Conn. Every Wiffle Ball is made in the U.S. Chris Arnold/NPR hide caption 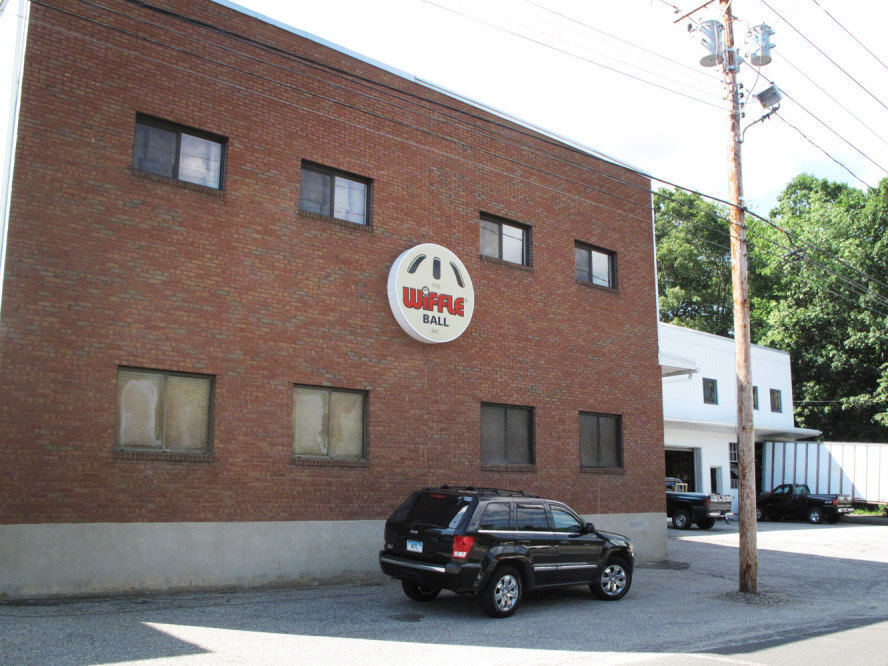 "We're very happy producing our products here," he says. "No reason we can't make a top-quality product here at an affordable price and stay in business."

Part of the answer also seems to be that making Wiffle Balls has become pretty automated. Melting down the raw plastic involves two computer-controlled machines, and the factory only employs about 15 people, which keep costs down.

The Mullanys' grandfather, David N. Mullany, invented the Wiffle Ball. The story goes that in the early 1950s, he was an out of work semi-pro baseball pitcher, so he set about to make a ball that kids could throw curveballs with. And then he started selling the balls at a local diner.

"[The owner] put 'em on the counter to see what happens, and he went back a few days later, and they were gone," David Mullany says.

And the rest is Wiffle Ball history.