Accessibility links
No Language Legacy: Where's The Sept. 11 Vocab? The terrorist attacks of Sept. 11, 2001, linger in our thoughts, but not so much in our speech. Linguist Geoff Nunberg says "it's striking that 9/11 and its aftereffects have left almost no traces in the language of everyday life." 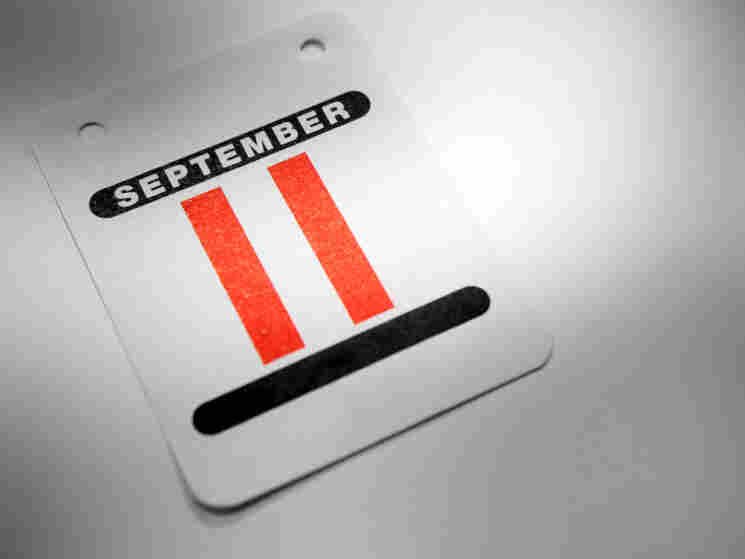 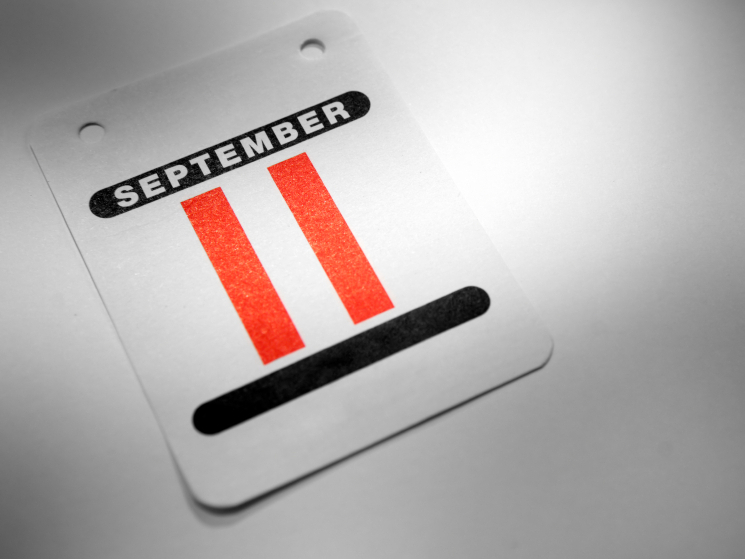 They were instant cliches, but they needed saying anyway. Sept. 11 was our Pearl Harbor. It would change the way we think and create a new normal. It defined a generation. And from the beginning, people looked to the language to bear witness to how utterly differently we were seeing the world.

Ten years later, it's not so clear. I've been making a list of all the words I've been tracking since 2001 that were connected to 9/11 and its repercussions. They're a jumble: "axis of evil" and "the army you have," "cakewalk," "coalition of the willing" and "connect the dots," "dead or alive" and "don't touch my junk," "evildoers" and "enhanced interrogation." But the one thing that jumps out at me is how ephemeral they are. Most have already disappeared, and apart from "9/11" itself, few of the rest will be around a decade from now.

More On Language And Sept. 11

Of course, buzzwords come and go. But it's striking that 9/11 and its aftereffects have left almost no traces in the language of everyday life. Shortly after the attacks, the Washington Post reported that teenagers were calling a punishment a "jihad" and were describing hot salsa as "weapons-grade." I'm dubious, to put it mildly, but if anybody ever did use those words, they didn't catch on. Nor did we pick up on any of the pungent slang of the soldiers serving in war zones, like "embrace the suck" for deal with it, or "casper" for a goldbricker who disappears when there's work to be done.

That's the big linguistic difference between 9/11 and World War II. That war left a vast legacy in the American vocabulary — beachhead, blitz, blockbuster and blood bath; boondocks, blackout and brown-nose, just to name some of the b's.

I know. It's not a fair comparison. In World War II, just about every family had someone in the service, and the war affected the lives of everybody on the homefront — the rationing and scrap metal drives, the women pouring into the workforce, the families pulling out their world atlases to listen to the news on the radio.

Yet even Vietnam contributed more items to the language than 9/11 has, including some that were recycled over the last decade, like "hawks and doves," "stay the course" and "light at the end of the tunnel."

But wars could only have that kind of broad effect on the language when they reached so deeply into the life of a people that they created a common point of reference, so that it felt natural to use military words like blockbuster, beachhead and flak as metaphors for everyday experience.

That didn't happen here. In those first days, it's true, Americans were desperate to do something to help. People drove across the country to lend a hand at Ground Zero, lined up to give blood, collected food and clothing. It was heart-warming, but as it turned out, it wasn't really necessary: This war wasn't going to have much of a homefront. In fact, if you were lucky enough not to be one of the few people whose lives were devastated, then by the weird logic of terrorism, you could be most helpful by not doing anything different at all. The patriotic thing to do, the president told us, was just to go to Disney World as planned.

I think of that absurd but telling phrase that appeared just after the attacks: If we cancel the party or don't send the marching band to the Rose Bowl, then the terrorists win. Everybody knew it was a rationalization; al-Qaida weren't gnashing their teeth at the thought that Ellen DeGeneres would be hosting the Emmys as planned. And by November the phrase was a joke. The New Yorker ran a cartoon by J.C. Duffy that showed a man in a bar saying, "I figure if I don't have that third martini, then the terrorists win."

Yet people kept using the phrase. It helped them or their customers square their consciences, as it became clear that in the period that followed this new Pearl Harbor, only a few people would be called on to do the serious sacrificing. For the rest of us, the actual hardship would chiefly extend to having to leave for the airport an hour earlier.

Even after the dissipation of that sense of common purpose, people didn't tune everything out. We were still anxious and concerned, about both terrorism and about the war on it, even if now those were a focus of contention more often than of unity. And we were all grateful to the 5 or 10 percent of Americans, civilian and military, who had chosen to put 9/11 and its consequences at the center of their lives — though now, of course, "supporting the troops" was less arduous than it was in World War II, when it involved giving up some Saturdays.

But when the dust cleared, 9/11 was no longer uppermost in our thoughts. When the American Dialect Society voted on the word of the decade in 2010, 9/11 came in a distant third behind Google and blog. It's hard to argue with that ranking — the Internet has gotten a lot more of our attention than 9/11 over the last decade, and it has given us a lot more new words. If there's any difference between the new normal and the old, you couldn't tell it from the way we talk.