Accessibility links
For Hollywood's Dream Factory, A Sober 'New Normal' The attacks of Sept. 11 changed most everything about American life. As commentator John Ridley reflects, Hollywood and the stories it told were no exception. 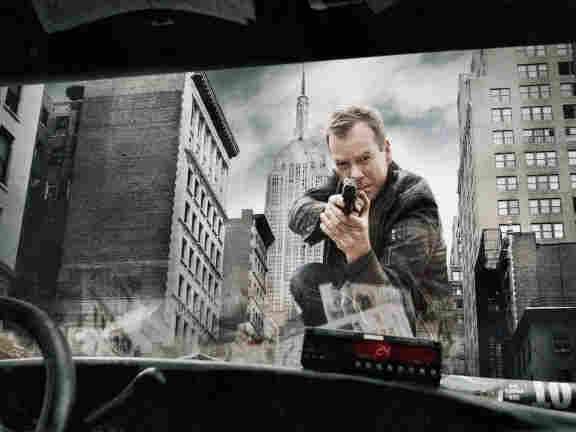 No Prisoners: Conceived before the Sept. 11 attacks but introduced to the public just months after them, Kiefer Sutherland's Jack Bauer came to stand for a kind of cowboy justice in the minds of many. Fox TV hide caption 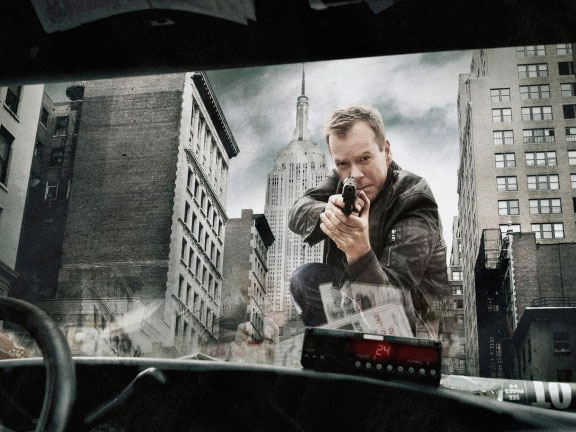 No Prisoners: Conceived before the Sept. 11 attacks but introduced to the public just months after them, Kiefer Sutherland's Jack Bauer came to stand for a kind of cowboy justice in the minds of many.

In September 2001, Hollywood found itself in a place where it doesn't much like to dwell: reality.

As the entertainment industry struggled to find its way in the New Normal, once seemingly innocuous projects that dealt with terrorism were delayed or pulled from distribution pipelines. The American action hero who takes names and kicks tail — a staple of popcorn movies — suddenly became too difficult a subject for entertainment. One of the higher-profile casualties was an Arnold Schwarzenegger film called Collateral Damage; scheduled to open in theaters just weeks after the Sept. 11 attacks, the plot of the film revolved around a firefighter who goes on a mission of revenge after his family is killed in a terrorist bombing.

Sept. 11 seemed to put an end to the idea that American exceptionalism and an icy stare were enough to keep our enemies at bay. Also gone, supposedly, was the age of irony. It seemed as though nothing could ever again be mocked or taken lightly. Without a certain wryness, Hollywood's first attempts to address the attacks came off as trite and maudlin. In a hastily produced episode of The West Wing, characters literally tried to explain terrorism to children. Time magazine wrote that the episode was "earnest in its tone, admirable in its charitable intent and God-awful in its condescending pedantry." For the time being, at least, reality would be much more compelling than fiction.

In time, Hollywood began to explore Sept. 11 and the war on terrorism more thoughtfully, from the film adaptation of The Guys (a play about a fire captain preparing eulogies for the men he lost in the towers' collapse) to the Academy Award-winning The Hurt Locker.

In the interim, it was television that addressed America's appetite for jingoism and retribution, with the show 24. Lead character Jack Bauer, played by Kiefer Sutherland, was a "by any means necessary" anti-terrorism operative. Muslims were unapologetic bad guys, and "enhanced interrogation techniques" were a given. 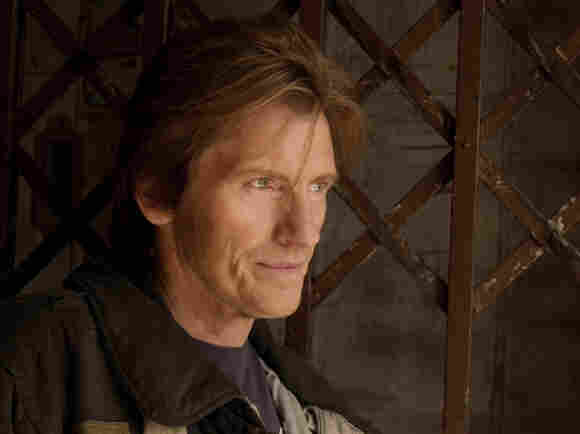 Denis Leary's troubled Tommy Gavin is a firefighter haunted by Sept. 11 memories (and more) on the FX drama Rescue Me. FX hide caption 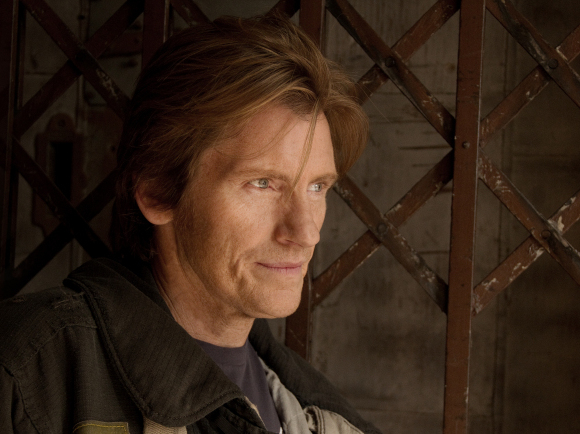 Denis Leary's troubled Tommy Gavin is a firefighter haunted by Sept. 11 memories (and more) on the FX drama Rescue Me.

If Jack Bauer resurrected the American action hero, it was Denis Leary who proved that irony wasn't dead. In the television series Rescue Me, Leary created a heroic but troubled firefighter haunted by the loss of a cousin who died in the Sept. 11 attacks. Rescue Me captured the post-Sept. 11 struggles of first responders in particular, and Americans in general. In the tradition of The Great Dictator and M*A*S*H, it brought soul and witty insight to otherwise painful material.

For many, Sept. 11 should never be associated with any kind of entertainment. But like Pearl Harbor and the Kennedy assassination, it's become a generational marker of "before" and "after." In the indie comedy A Little Help, actress Jenna Fischer plays a character who goes along to get along when her troubled son tells schoolmates that his philandering father died heroically on Sept. 11 — when the truth is substantially less inspiring. "9/11 is cooler," she admits when the kid presses the question.

"Funny" and "appropriate" are of course subjective. But 10 years ago, would any of us have thought humor could ever dull the pain of that horrible September morning?