Accessibility links
Buddy Holly At 75: A Tribute To An Unlikely Star Listen to Me is a pan-generational tribute featuring Natalie Merchant, Ringo Starr and more. 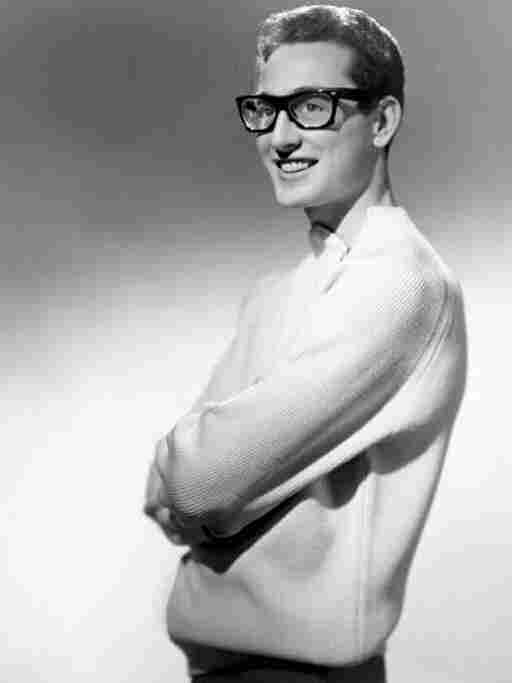 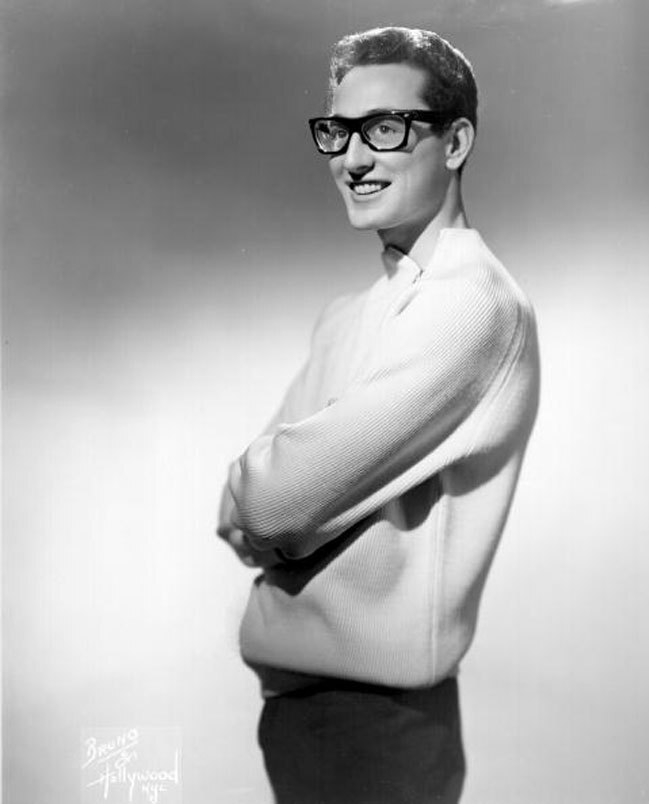 Listen to Me features tributes from Buddy Holly's generation — Brian Wilson, Ringo Starr — and younger artists such as Zooey Deschanel.

I'm Lookin' for Someone To Love

He was an unlikely star — a rather plain-looking, geeky 20-something in thick-framed glasses. But with hits like "That'll Be the Day," "Rave On" and "Peggy Sue," Buddy Holly became a rockabilly icon. He was a pioneer.

Musicians celebrate him for actually writing and performing his own music at a time when few did, and for playing on his own records rather than using studio players. Holly died at the beginning of 1959 and had an incredibly impressive output for such a sadly brief career. Had he lived, he'd be 75 today, and it's cause for reflection and tribute, including the release of a new album titled Listen to Me. The release features stars of his generation — including Brian Wilson, Linda Ronstadt and Ringo Starr — and younger artists such as Imelda May and Zooey Deschanel.

The producer behind Listen to Me is Peter Asher, who, as he jokes in an interview with All Things Considered host Robert Siegel, "if you have a good enough memory," you might know from Peter and Gordon's version of "True Love Ways." It's a song that Holly wrote for his wedding to Maria Elena.

"He wrote these beautiful songs," Asher says. "They're very simple. They're harmonically simple. He wrote them using chords that all of us fans could play, but he would still throw in surprises and take the tune in an unlikely direction. But, at the same time, make them extremely memorable, easy to learn and catchy. Even the lyrics — they're beautiful, but they're slightly odd. I mean, even the phrase 'true love ways' is not something you've heard before. It really grabs your imagination, and we fell in love with him. And, of course, he proved that you didn't have to be Elvis [Presley] to be a pop star. You could, as you said in your intro, be the nerdy guy with glasses."

Asher even wears a pair of Buddy Holly glasses himself.

"I took my favorite Buddy Holly cover around looking for glasses exactly like that," Asher says.

Something New In Something Old

Linda Ronstadt's 1975 version of "That'll Be the Day" re-appears here — originally produced by Asher — and other natural fits are on the compilation, as well. But then there are what Robert Siegel calls "stretches." Like Cobra Starship's synth-laden take on "Peggy Sue."

"They're a terrific band, and I have a particular affection for them because my daughter happens to be in the band," Asher says, laughing.

But there is a test for covers: Would you just as soon hear the covers or listen to the originals?

"I think one of the great things about these songs is that you can try them in different ways and learn something new about the song every time," Asher says. "I mean, some of these versions are quite different.

"Natalie Merchant does a version of 'Learning the Game,' " he says. "To me, what struck me about that song is [that when] Buddy was writing it, he was young and enthusiastic. It's about people who are about to learn the game. And, obviously, when someone with a little more experience sings it — [when] Natalie sings it, it breaks your heart — it's about someone who has played the game and learned a lot from it. It's different."