Accessibility links
Aftermath: 3 Tales Told In The Shadow Of Sept. 11 The impact of Sept. 11 sent shock waves through every aspect of modern American life, permeating and defining the culture of a generation. Granta editor John Freeman recommends three novels that examine the attacks of that day, and the lives that were forever altered. 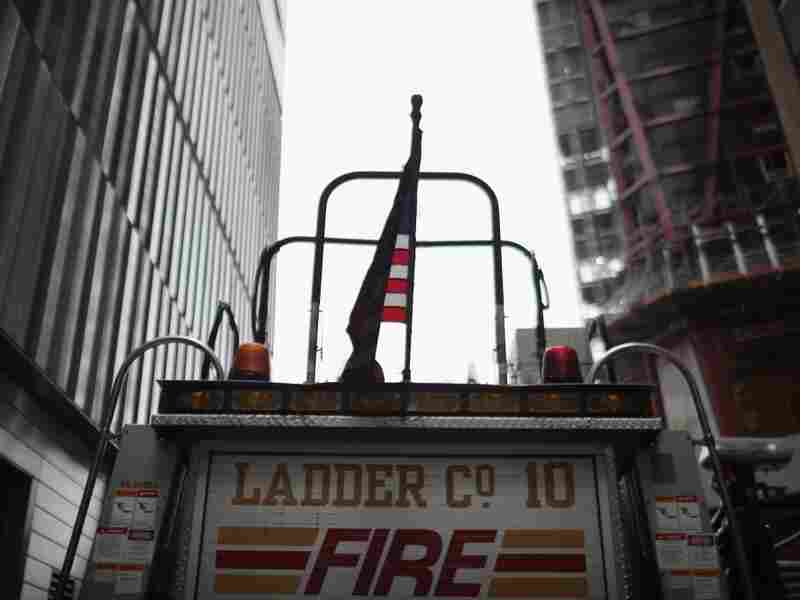 A firetruck is parked near the nearly completed Freedom Tower at the World Trade Center site in New York on Aug. 14. Spencer Platt/Getty Images hide caption 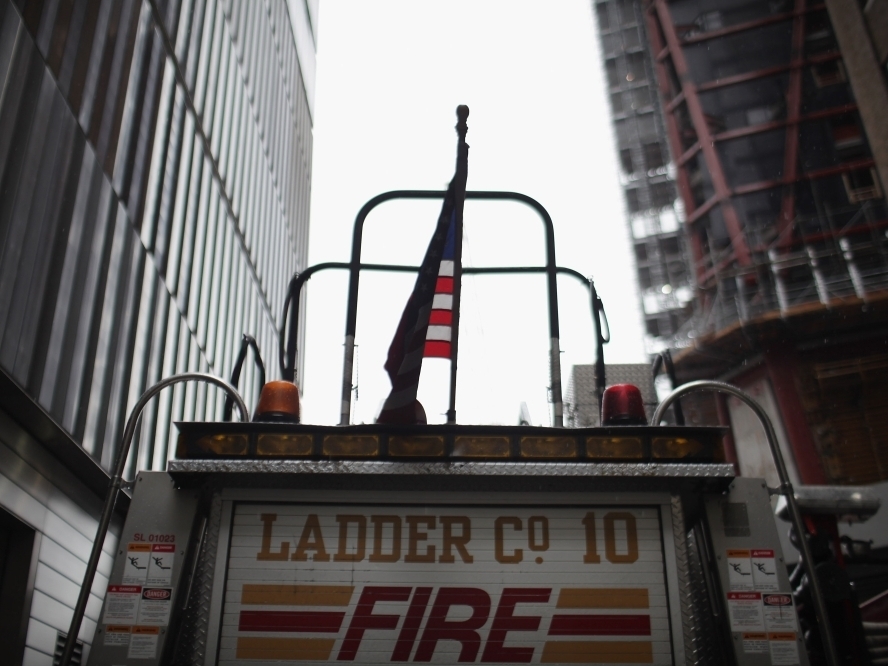 A firetruck is parked near the nearly completed Freedom Tower at the World Trade Center site in New York on Aug. 14.

The last thing I wanted on Sept. 12, 2001, was to read fiction about what had just happened. The events of the previous day, and what followed in the months afterward, were so spectacular, so horrific, that they defied narrative.

I also felt like I was drowning in real-life stories. I lived a mile from the towers, and we all traded in tales then. My neighbor, who called in sick that day and woke after his floor had been destroyed; my girlfriend's co-worker, who escaped the building so traumatized she left New York City the next day; the stories on all those missing-person posters.

A few years later, I moved away from Lower Manhattan, and I found myself desperate to read. My memories were already merging with the recycled images I'd seen on television, and I wanted to understand before the two completely combined.

Not surprisingly, the best novels about Sept. 11 came from writers whose previous work had touched on the danger of war's technology, of absolutist rhetoric, and the primacy of family in times of catastrophe.

Manhattan before Sept. 11: The soaring stock prices, the triumphalism of the market, the sense that globalization just made the world bigger for the rich — all of this comes through in Claire Messud's The Emperor's Children. Over the course of this absorbing tale, Messud tracks the rise and fall of three friends living in Manhattan in the months and days leading up to Sept. 11. Their internal lives and familial squabbles are so painstakingly attended to that when the attacks of that day occur, we feel their clarifying shock and power all over again.

Don DeLillo nearly predicted an event such as Sept. 11 in his 1991 novel, Mao II, where a character argues that in modern writing, "the major work involves mid-air explosions and crumbled buildings. This is the new tragic narrative."

Falling Man is DeLillo's moving story of a husband, his estranged wife and their son struggling to reunite on the day of the attacks. The book rescues the human narrative from the spectacle that DeLillo foresaw. More than any other book, it captures the real-time trauma and dislocation of that day.

Mohsin Hamid's The Reluctant Fundamentalist brilliantly channels America's fractious, post-Sept. 11 relationship with the East into a gripping story. A bearded man and an American acquaintance sit at a cafe in Lahore, Pakistan, sipping tea and talking. Our Pakistani narrator, a onetime American citizen, tells how he fell out of love with the U.S. and returned home to Pakistan, more comfortable among friends whose anger he understands, than acquaintances whose sense of victimhood he finds false. The book is an astonishing parable of trust and distrust in our shaky post-Sept. 11 world.

After Sept. 11, America didn't need just to have a conversation with itself — about safety, about how to mourn, and how to wield power — it needed to engage with the world. These three novels are a prime example how to do that: thoughtful meditations through exceptional storytelling. Hopefully, there will not be another time we have to remember this lesson.

John Freeman is the editor of Granta magazine, the latest issue of which is themed "Ten Years Later."